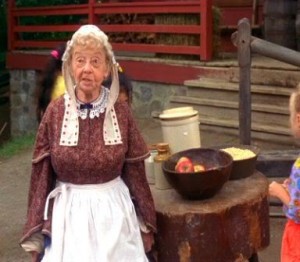 Remember the pleasure of getting to miss a day of school to goof around with your friends while not listening to a weirdo museum tour guide go on about some crap you’re not going to be tested on? I do. Now the closest thing I get to a field trip is forcing myself to eat an extra Taco Bell Chalupa on my lunch break so I can spend the next hour of work taking a shit.

9
You were bigger and better than somebody 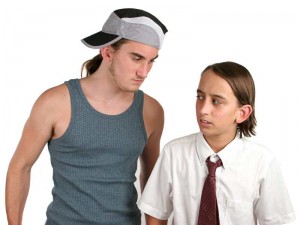 The hierarchy that existed within middle schools is the only social system that has ever made sense to me. Whenever life got you down or someone was giving you a hard time, there was an entire grade of kids younger and smaller than you to take it out on. This safety net was enough to make the humdrums and hardships of middle school life tolerable. Now, when your boss yells at you, you turn around and bitch out your intern. The intern calls his dad, who knows your boss and you get yelled at again. Something here is messed up.

8
You could still be anything you wanted

Remember being told that you could grow up and be anything you wanted? The parents of our generation filled our heads with this idealistic propaganda that the world was a place of opportunity. On my block alone there were three astronauts, two rock stars, five presidents of the United States , 12 profession athletes and one tattoo artist (Timmy was a bit odd).  The inveterate concept and all likelihood of being able to be anything you want slowly washed away as the tide brought in more practical prospects. Now you’re 24, working at a Chuck E. Cheese and throwing a fit because some little bastard kid beat your high score on Time Crisis III. Your mom, instead of telling you that you can be whatever you want, is telling you to move out of her basement and the closest you get to being an astronaut is getting blazed out of your skull from an eighth of this new hydroponic shit that just came in from Canada sold to you by old neighbor Timmy. 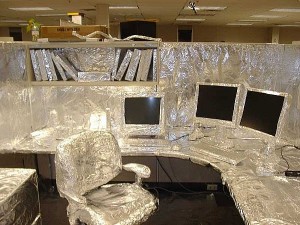 In the old days a good, elaborate prank went a long way. Whether it was something like a whoopee cushion or peeping in the girls locker room, it was guaranteed good fun. Try and pull a stunt like that in the office and you’re guaranteed a lawsuit. For example, a colleague of mine, or should I say former colleague of mine, got fired for turning his pockets inside out, whipping out his dick and pretending to be an elephant. It’s just not fair. 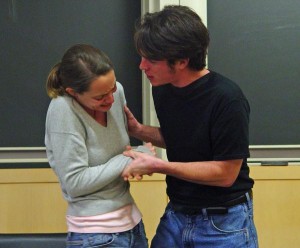 In middle school all you had to do was treat a girl like dirt and she would stick to you like mud. If that didn’t work just have your friends do all the talking. They didn’t care how much money you made, because no one made any. Every girl was a virgin, no one had STDs, and shooting blanks was the most effective contraceptive. A girl’s body was still uncharted waters and unexplored territory rather than that neighborhood that used to be nice, but started to wear down a bit; now cops don’t go there and there is a hooker on every block. Those were the days. I don’t know why I wasted them begging my older brother to buy me playboys… there were way better porno mags to be had.

5
You were able to eat anything 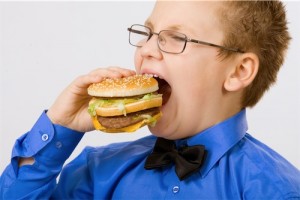 Fresh off my latest coronary, I long for the days when ice cream was a meal, candy was a snack and pussy wasn’t too laced with mercury to eat.

4
You didn’t need alcohol to have fun 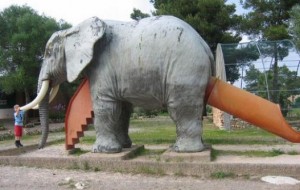 Remember when you are a kid and you could have fun without the help of drugs and alcohol? Imaginary force-fields, crayons, sticks, spinning around in circles and thumb wars were just a few of the things we used to find thoroughly entertaining. Now, I can’t even imagine sitting down to a family dinner without at least 3 drinks in me. It’s gotten so bad that I can’t even go to the movies anymore because by the time the previews are over I am not even high anymore. 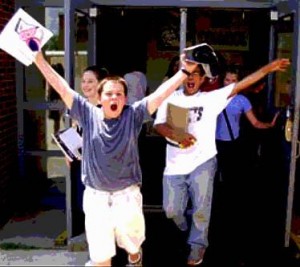 The first large chunk of our existence on this planet was spent crossing off calendar days until summer arrives. You used to relentlessly look forward to flipping all your teachers the bird and entering those golden days; the days where it was socially acceptable to play your Alice Cooper CD on repeat and fulfill every human being’s dream of doing absolutely nothing. Now, if anything, summers mean back sweat, swamp ass, getting your ball sack stuck to your leg and dick stuck to your sack. Summers mean weekends at your girlfriend’s parent’s house and getting weird looks from people because you’re an overweight, balding man running after an ice cream truck. No worries, only about 14,479 days left until retirement.

2
People were proud of you for things

There was a time when parents, teachers and friends used to shell out vast amount of praise for even the most pedestrian of accomplishments. Shit, we had it so good people were even proud of us for flat out failing at certain tasks. Whether it was doing some god awful performance at a talent show, striking out 3 times in a row in a little league game or making fun of the foreign kid’s glasses, we were rewarded with applause, ice cream and high fives. Now, no one is proud of you for anything, there’s just different degrees of disappointment.

Remember the days before energy was served exclusively in a can and our bodies just produced it naturally? It’s hard to believe that as a kid we actually had too much energy, so much so that our parents refused to serve us certain foods. Now, regardless of what I am doing, where I am or who I am with, I am pretty sure I could fall asleep on command. I need about three red bulls, two mountain dews and a line of cocaine just to finish a game of Madden.