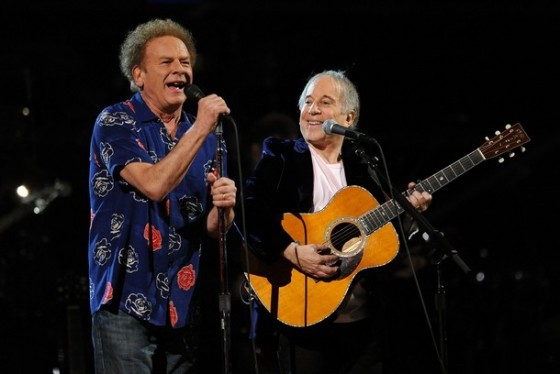 The problem with many well-intentioned songs with deep, personal lyrics is that they make most guys want to puke <My Heart Will Go On UGGGH>. Typically, these are songs that are played on adult contemporary stations – the stations they play at dentist offices <Wind Beneath My Wings GAAAA>. However, there are exceptions, songs that may even bring tears to the eye of everyone from the most manly of men to the Gunaxin staff.

Now, this doesn’t mean that we will blare these songs on the car stereos while cruising down the Vegas strip, or will even admit to liking them. But they’re on our iPods, usually with fake titles so no one else knows. Depending on the time, our mood, and when no one else is around to witness it, we listen to them. Here are ten of those songs. Know more? Write them in the comments. But anyone who writes Unchained Melody is bared from the site.

A deeply personal song for Taylor pulls us so deeply into his soul that we feel his pain, as he sings about the sudden loss of his friend, Suzanne, and his battle with depression after the failure of his band The Flying Machine. Buy Fire and Rain from Amazon

2
Cats in the Cradle
Harry Chapin

A father with no time for his son, with the what-goes-around-comes-around element, feels outright tragic instead of just shameful. Buy Cats in the Cradle from Amazon

Well I’ve long since retired my son’s moved away.
I called him up just the other day.
I said, I’d like to see you if you don’t mind.
He said, I’d love to, dad, if I could find the time.
You see my new job’s a hassle, and the kid’s got the flu,
But it’s sure nice talking to you, dad.
It’s been sure nice talking to you.
And as I hung up the phone, it occurred to me,
He’d grown up just like me.
My boy was just like me.

This narrative tale of generational poverty, released in 1988, is sometimes given to students to analyze in English classes. Buy Fast Car from Amazon

I’ll draw some heat for listing this one, but those who know it understand completely why it’s here. This is not an Eminem song that rap fans casually listen to. And despite anything bad Eminem has done in his life, his penning of this song virtually proves that there is a good deal of good in him. When I’m Gone is a window into his soul as we hear him stab away at his greatest demon. Shortly after this song was released, he remarried with his ex-wife, Kim. That would have been the storybook ending, but unfortunately Eminem’s prescription drug addiction got worse from there, his marriage fell apart again and his best friend, Proof, was killed. Another great song on his album, Relapse, is called Beautiful. Buy When I’m Gone from Amazon

They want you Marshall, they keep
screamin your name, it’s no wonder you can’t go to sleep
Just take another pill, yeah i bet ya you will
You rap about it. Yeah word, ke-keep it real”
I hear applause, all this time I couldn’t see
How could it be that the curtain is closing on me
I turn around, find a gun on the ground, cock it,
put it to my brain, scream ‘Die Shady!’ and pop it

5
The Living Years
Mike and the Mechanics

Unlike the other songs on this list, The Living Years has more of a pop tune to it. And while that got it airplay, it’s the lyrics that make us think about regrets of missed opportunities with our loved ones. Buy The Living Years from Amazon

6
Candle In The Wind
Elton John

I know, I know. It’s a song about Marilyn Monroe sung by a gay guy in flamboyant hats. Not exactly something that appeals to most dudes, so this is a case where the great music pulls us in and makes us care. Buy Candle In the Wind from Amazon

I’ll admit that, musically, this isn’t my favorite song, but many appreciate it, and it’s heartbreaking to hear. It’s about the pain Clapton felt after his four-year-old son, Conor, fell from a window of a New York apartment building. Buy Tears in Heaven from Amazon

Though this 1961 song is great on its own, the next generation associated it to the film Stand by Me (See Ten Reasons Why Stand By Me Is Cool) in 1986, which gave them a soundtrack to a great and touching film. Buy Stand By Me from Amazon

9
Sounds of Silence
Simon and Garfunkel

Paul Simon wrote this in early 1964 in the aftermath of the assassination of U.S. President John F. Kennedy. Buy Sounds of Silence from Amazon

Hello darkness, my old friend
I’ve come to talk with you again
Because a vision softly creeping
Left its seeds while I was sleeping
And the vision that was planted in my brain
Still remains
Within the sound of silence

The ultimate anthem for peace. Buy Imagine from Amazon