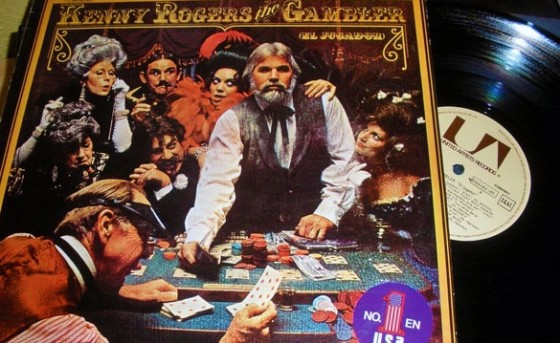 Musicians draw inspiration from all sorts of activities in their lives, and gambling is certainly no different. It turns out there are just enough pretty cool songs out there featuring references to playing cards to put together a list of ten. Who knew? Specifically, for some reason, it seems references in songs are limited to the Face Cards because I guess songs about the Three of Clubs and the Seven of Diamonds would be pretty boring. Here are the ten that we found, but let us know if we missed one of your favorites in the comments section.

10) That Was a Crazy Game of Poker

Card Reference : Simply put: if you’ve ever played a game of cards with your friends, you’ll get it.

Card Reference : It’s right there in the chorus, genius!

Card Reference : As goofy a song as it is (and it is), it’s all in the lyrics. The entire song makes playful references to the deck of cards. Listen… but trust me, it’s ridiculous.

Card Reference : It makes reference to having a poker face when playing cards, but the song itself is about being a cocktease. Yep.

Card Reference : Again, it’s not really about cards themselves, but it does contain the lyric:

Card Reference : The entire song is about a guy who plays poker. Please tell me you know this song.

Card Reference : Even though it’s more about lost love and getting away from it all, it does contain the card-centric lyric:

Playing with the queen of hearts

The joker ain’t the only fool

Who’ll do anything for you

Card Reference : Okay, admittedly we’re stretching here. This isn’t really about cards, but what the hell: it’s an awesome song and it’s called The Joker. Take it or leave it.

2) Lily, Rosemary and the Jack of Hearts

Card Reference : A little aside here: if you say that you don’t like Dylan, do yourself a solid and listen to ‘Blood on the Tracks’. You’ll thank me later. Oh, and the song mentions the Jack of Hearts repeatedly.

Card Reference : Right there in the title. It’s Lemmy and if Lemmy makes reference to cards, then dammit, it’s about cards.