Media > Movies > Ten Underrated Comedies from the Past 15 Years

Ten Underrated Comedies from the Past 15 Years 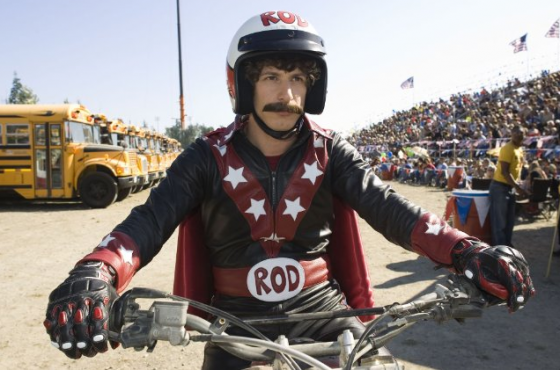 When looking at the most underrated comedies everyone is going to have their personal favorites not everyone else loves or has heard of. This list is merely to illuminate some of them. It is by no means an exhaustive list, so if your favorite comedy is passed over, drop a line in the comments! Also, in an effort to quantify “underrated” — every movie on this list had to gross less than $25 million at the box office to qualify.

Office Space ($10,824,921 box office gross) – To a lot of people this isn’t underrated, but look at its box office gross. That’s criminally low for such a classic comedy. It has a permanent place among everyone’s DVD collection. It’s extremely quotable. Everyone has probably cursed a “PC Load Letter” at some point. Or at the very least talked about their own “O” face. Next time you’re faced with a deadline, just pop in this movie and remember that it all just doesn’t matter.

Slackers ($4,814,244 box office gross) – This has such a tremendous comedic cast. It was Jason Segel’s first movie after Freaks and Geeks. Jason Schwartzman delivers the most brilliantly bizarre performance as the twisted foil, Cool Ethan. It also stars Devon Sawa, Jamie King, Laura Prepon, the Dean from Community, the older Pete from The Adventures of Pete and Pete, Donna from Parks and Rec, etc. Really, everyone in this movie is hilarious. Essentially Devon Sawa, Older Pete and Jason Segel are trying to cheat their way through college. Jason Schwartzman finds out when Sawa becomes interested in his obsession, Jaime King. There are hijinks, heists and hilarity.

Grandma’s Boy ($6,088,249  box office gross) – A Happy Madison joint that finally gave Allen Covert a chance to star in his own film. He’s always around in other Sandler flicks, but here he shines in his first leading role. He plays a video game designer along with a very funny Nick Swardson and Jonah Hill. They’re designing a new game for super genius and super weirdo JP, played hilariously by Joel David Moore. A very sexy Linda Cardellini comes in to make sure it gets released on time. There’s a little romantic element between her and Allen Covert, but there’s a lot more weed smoking. Kevin Nealon and Doris Roberts have excellent supporting roles. Watching a drunk Cardellini do “Push It” karaoke is worth the price of admission alone.

The Foot Fist Way ($233,637 box office gross) – The movie that launched Danny McBride’s career. Here he plays a Tae Kwon Do instructor that isn’t particularly socially adjusted. He’s brash and uncomfortable, but sympathetic. He takes pleasure in being better than little kids at Tae Kwon Do. The movie takes a very dark turn when Ben Best, co creator of Eastbound and Down, shows up as McBride’s martial arts role model. It’s uncomfortable humor at its finest. If you like Danny McBride, you’ll love this.

Hot Rod ($13,920,741 box office gross) – The Lonely Island crew’s, Andy Samberg, Jorma Taccone and Akiva Schaffer, first feature film. It blends their digital style made famous by the SNL Digital Shorts and their failed Awesometown Pilot. This movie has so many layers of comedy. It also sports a great supporting cast in Isla Fisher, Ian McShane, Danny McBride, Bill Hader, Sissy Spacek, Will Arnett and Chris Parnell. Andy Samberg plays a “stunt man” with an overactive imagination trying to raise money to buy his stepdad a new heart. Naturally he’s a terrible stuntman who attempts to do stunts  way out of his league.

School for Scoundrels ($17,803,796 box office gross) – This movie was probably largely overlooked because the world was on Jon Heder overload. Napoleon Dynamite had everyone worn out and questioning whether he could actually do anything that wasn’t that. This movie proved that he can. It’s not surprising the movie is chock-full of laughs — it was written and directed by Todd Phillips, the man behind The Hangover and Old School. Billy Bob Thornton is brilliant as the dark villainous type he perfected in Bad Santa.

Hot Fuzz ($23,618,786 box office gross) – You would think more people would have been ready to embrace the creative team of Simon Pegg and Nick Frost after the release of Shaun of the Dead, but alas the movie was no box office hit. In an interestingly brilliant flick, Pegg is great as the straight man and Nick Frost excels as the bumbling sidekick. Mad props for not being shy about making the deaths bloody as possible.

Get Over It ($11,560,259 box office gross) – This is going to be a tough sell for many. It’s a modern retelling of A Midsummer Night’s Dream set in a high school. It features fanatically crafted comedic characters. Ben Foster, who happens to be one the finest character actor working, stars alongside Kirsten Dunst. Martin Short plays a crazy theatre teacher who actually writes a musical adaptation of the play the students perform. Did we forget to mention it stars Sisqo as well? Let’s not forget Mila Kunis, who is always sexy. Colin Hanks gets his first significant amount of screen time in his now pretty successful career and Shane West makes the perfect annoying Bristish boy band member you want to punch in the face.

Fired Up! ($17,231,291 box office gross) – The premise is simple: “The two most popular guys in high school decide to ditch football camp for cheerleader camp. For the girls and for the glory.” There is nothing wrong with this raunchy comedy., although it got a bad rap. Maybe people don’t think Eric Christian Olsen can hold up a movie. What’s wrong with two guys surrounding themselves with very sexy women? It’s not as heavy on the romance as you might think. The scene where the cheerleaders at camp are quoting Bring It On is quite funny. As a final plea for you to see the movie: there is plenty of eye candy.

Idiocracy ($438,653) – A movie that simultaneously makes you laugh and tells a cautionary tale. It’s set 500 years in the future and stars Luke Wilson as a man frozen in hibernation who wakes up and is the smartest person alive. Watching a regular guy be considered a genius by everyone produces lots of laughs. Maya Rudolph and Dax Shepard are excellent in supporting roles. The movie never gets too preachy, which is nice. This is also the second movie on the list from Mike Judge; the other being Office Space.