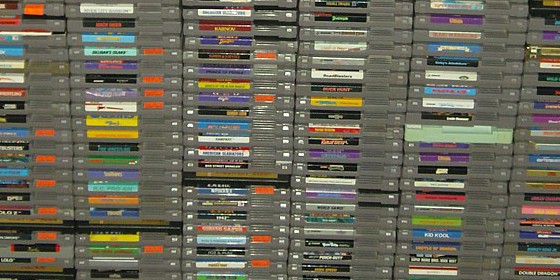 The Nintendo Entertainment System is still considered by those who know and love video games one of the best home ports of all time. Released in 1985, it took what made systems like Atari and Intellivision great, and improved it a hundred fold. Over the course of its existence, Nintendo released 800 games, many of which would go on to become classics –often times continuing their stories into future systems. Games like Super Mario Brothers, Ninja Gaiden, Blades of Steel, and Kid Icarus quickly became popular and remained so until the NES slowly faded into the background.

But some games were slightly less popular that others, yet still retained a solid fan base. Many of them were terrible and just held popularity because of their crappiness. But others, well, others were just sadly underrated. Here are ten such games that will forever live on in our minds and hearts, even if not in or Nintendos. 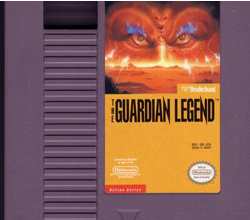 When is a classic Shoot-Em-Up not really a Shoot-Em-Up? When it crosses the line into two distinct genres ofvideo games. Combining great aspects of both pure top-scrolling space battle games, with a X-Y dungeon-style shooter, you've got a really under appreciated cart called The Guardian Legend. Sure, as difficult games for the NES go (and there were a slew), T.G.L. was slightly off balance toward the simpler side, but it did offer pretty tough end-stage bosses that were certainly in line with controller-breakingly annoying. The game had power-ups, hidden save points, and relatively decent graphics. And above all else: it was pretty damn fun. 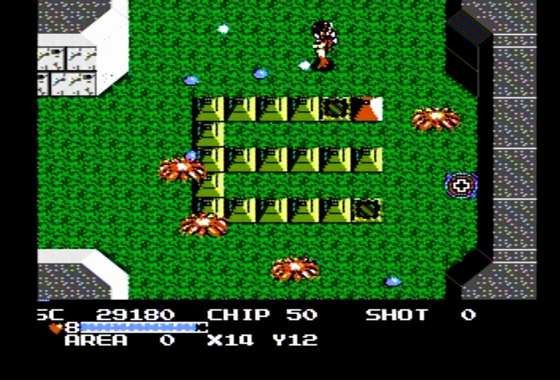 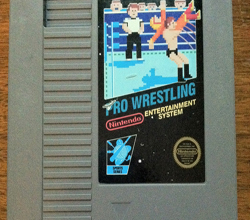 The NES offered a few Wrestling games, especially for fans of the WWE (or, WWF at the time), but few hold thatspecial spot in your memory banks quite like Pro Wrestling. With statuesque fighters possessing names like Kin Corn Karn, King Slender, and Starman, you just new that the Japanese versions of these names were meant to mean something else entirely. Though it held a number one spot on its initial release for a few weeks, it eventually fell out of favor and hung around number 175 out of the 200 best NES carts. But, regardless, it had the moves, it had the difficulty, and hey, it gave the world: "A WINNER IS YOU!" 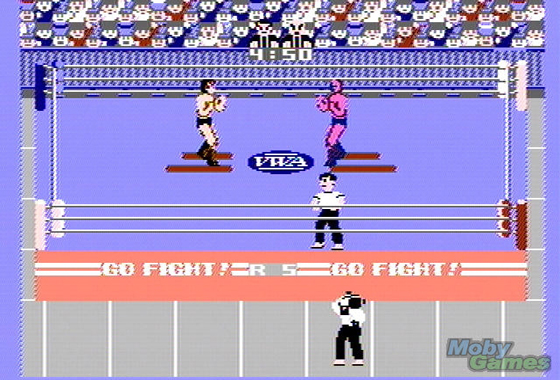 8) Captain America and the Avengers 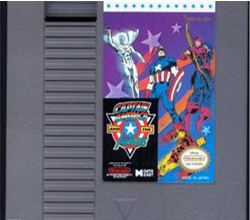 In 1991, several attempts at making a decent superhero game had fallen flat (I'm looking at you, Uncanny X-Men).Fortunately, The Avengers starring Captain America returned the excitement to comic book video games. Played like an arcade brawler, the player was given control of either Cap or Hawkeye, on the search for Iron Man and Vision, as well as the powers of each one when your Avengers Attack was filled. Some scenes featured classic side-scrolling, where others --boss scenes-- gave you more of an open screen. As arcade-to-port games go, this was a pretty decent version. 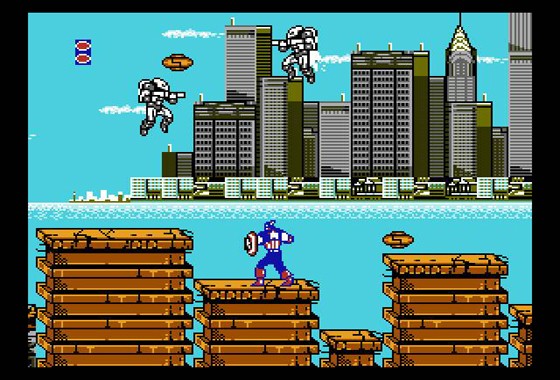 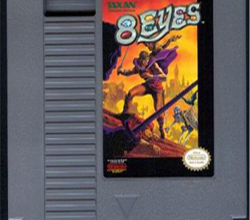 8-Eyes had more than just a passing similarity to Castlevania, and there was nothing wrong with that. Though asopposed to the 1800's of Simon Belmont and his gang, Orin the Falconer and his bird adventured through a post-Apocalyptic Dukedom featuring castle ruins. The point was to collect the eight Power Jewels (eyes) and restore them to their rightful spots. In doing so, the defeat of each area gave you a new sword (much in the vein of Simon's whips) building your strength and power. The most significant difference between this and Castlevania is the control of Cutrus, your falcon. You either must have a second player control it, or attempt a more limited style of control as one player. This made it far more exciting, while simultaneously making it far more difficult. 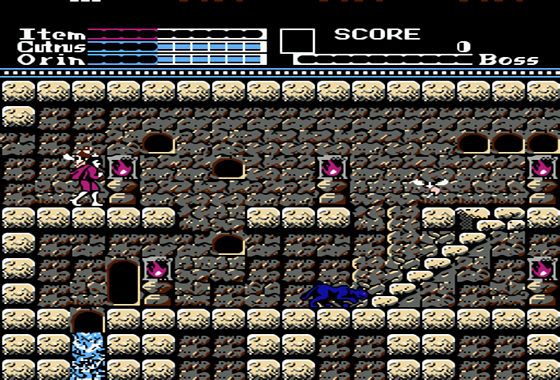 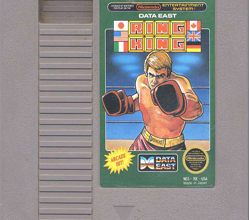 It's largely assumed that Punch Out (in all its incarnations) was the NES boxing game. And while that maybe true, coming in at a very close runner-up was Ring King. But it's not the fighting, nor is it the special moves one can perform during each match, that make this such a memorable boxing game. No, sadly it's the fact that between rounds, it looks bizarrely like your cornerman is giving your boxer sweet, sweet head. What's actually happening is, well, he has his hands in your pants. Replacing your cup. Probably. Look, it's a fun game, and some fun games have breaks where blow jobs are given. It's just the way it is. 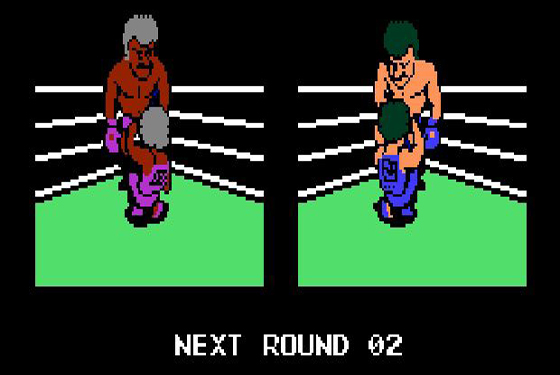 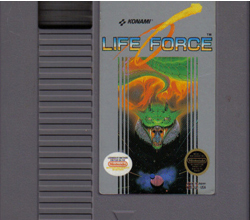 Vast and varied were the menagerie of space ship shooting games. From Defender to Gradius, there is a virtualslew of these carts for the NES. Perhaps the most well known, yet often shelved version of the classic galactic battler is Life Force. You play as a star fighter among lush and visually stunning backgrounds that look remarkably like the inside of some kind of alien body. Which, as it turns out, isn't far from the truth. Each stage --many featuring pulsing and bloody muscle tissue of sorts-- bombards you with enemy hordes each containing tanks that give you special weaponry. Oh, and lets not forget one of the final scenes that is so over-the-top hyper that even if you don't get seizures typically, you will with this one. 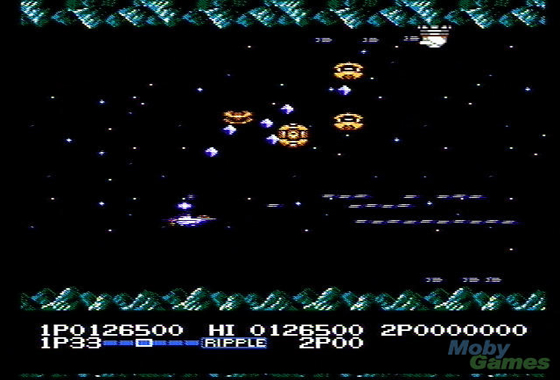 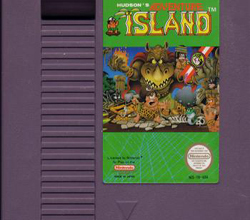 When Mario became the go-to game mascot to head his series of 'Super' adventures, it was only a matter of timebefore the NES became inundated with clones; some far better than others. One of the best was the Adventure Island trilogy. And it all began in 1988 with Hudson's Adventure Island. Whereas with Mario, one is given the ability to jump in order to destroy enemies, Master Higgins is given nothing in the beginning of the game and must locate a weapon in the form of a rock in order to do damage to the bad guys. Fortunately, as the game progresses, weapons get better. However, even with this distinct difference, the game plays more or less like a Mario game. And that is no big deal. 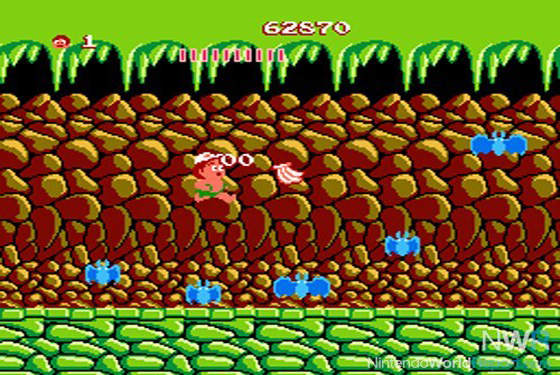 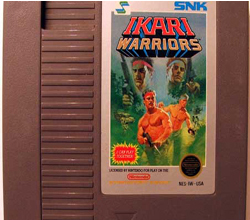 It really doesn't get much simpler that this game based entirely on the Rambo films. Starring Paul and Vince, thewhole idea is to survive while shooting everything in your path. Each player can rotate and shoot in all directions, which is a direct port from the arcade which used a wheel knob as the gun. You are offered many different power ups in the form of better guns, including rockets and flame throwers, as well as recharges for your grenade supply. At points you need to operate vehicles and pretty much raze civilization to cinders. This game --however simple and often shunned-- is a damn blast to play. And hey, it's a great way to take out aggression on those who have wronged you without doing something illegal. 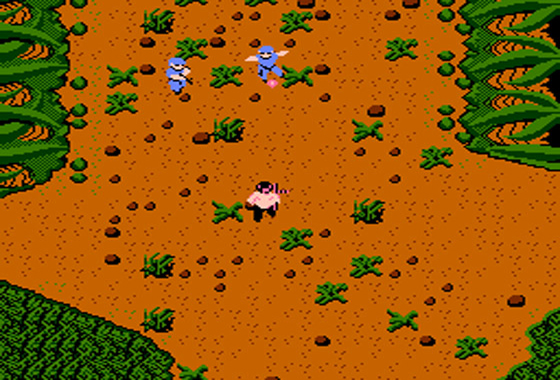 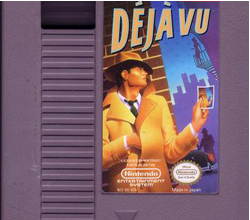 When KEMKO released Shadowgate a few years previous, it was such a different game from the mass of shooters andside-scrollers that it took the NES world by storm. Déjà vu plays exactly the same, inasmuch as it's a point-and-click game that takes a load of lateral thinking to collect items, avoid traps, and use specific things in the right location and order. This game takes place in the gumshoe years of the 40's and places you, a Private Dick with no memory, in a bar in Chicago. As the game progresses, and more bizarre things begin to pile up, the hyper-realism (at least for the NES) really takes hold and makes this quickly ignored classic game a ton of fun. This, along with the aforementioned Shadowgate, were two of my favorites. 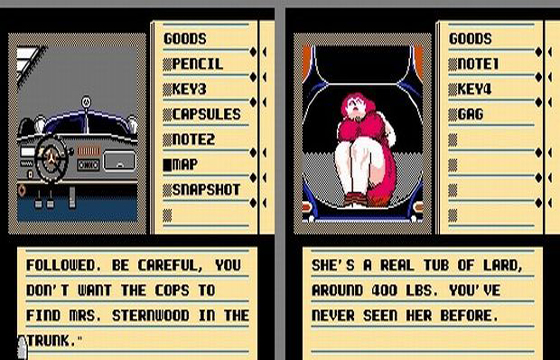 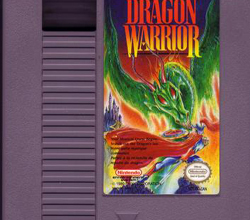 Dragon Warrior was Final Fantasy before there was Final Fantasy. In the game, the player has the option to chosehis or her name and begin an epic quest to destroy the evil Dragonlord. As future (and previous) similar games played, so did Dragon Warrior: messages displayed what was happening, to whom you were talking, and the battle stats of any given enemy. Perhaps the best part of the game was the extensive list of monsters one encounters throughout the adventure; which in itself more than doubles for subsequent sequels. The play is relatively repetitive, since one of the major points is to build up your hit points and magic ability, but even with that, it's a grand scale game that really started it all. Sadly, once Final Fantasy hit, Dragon Warrior took a back seat. But to me, this was always a favorite. Oh, and my name was FART. Just in case you were wondering. 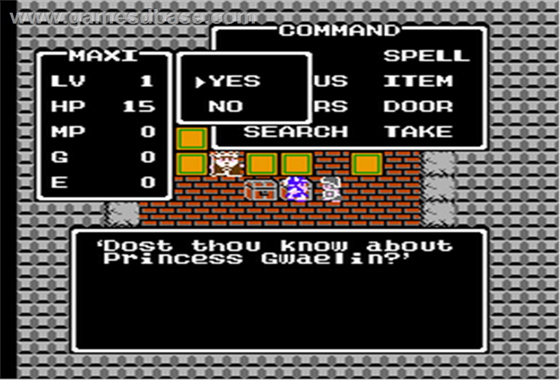