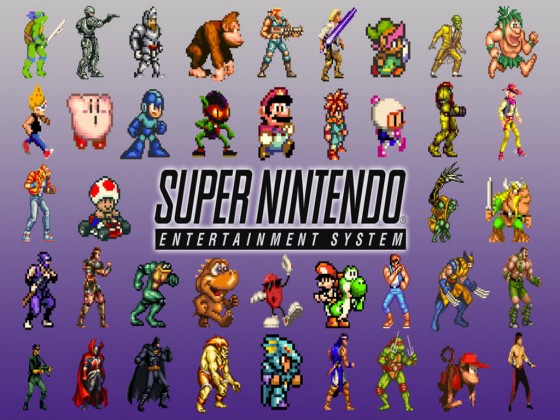 It wasn’t too dramatic to say that the Nintendo Entertainment System was a hard act to follow. With such a long life and a slew of 8-Bit games, the console quickly became a household favorite and if you didn’t own one, you knew someone who did. But then came the Super Nintendo. No mincing words there, this system was everything the NES was and so much more. Better graphics, improved game-play, more improvements on already solidified series, and just an all-round more perfected machine. The SNES was like the NES’s older, wiser, more buff son who stood proud and guarded the mantle of the Nintendo Legacy.

But, just like the NES before it, the array of games was so vast that many either leaped immediately to the upper echelons of Nintendo history, while just as many faded into head-shaking obscurity. However, there were some that just sneaked between the cracks and managed to struggle their ways into our hearts as underrated carts. The Ten on this list are by no means the only ten underrated games, but they are indeed some of them and some that are far more fondly remembered, even going so far as to attain Cult Status. The SNES is one of the greatest home consoles of all time, and these ten games -obscure or not- prove that fact completely. 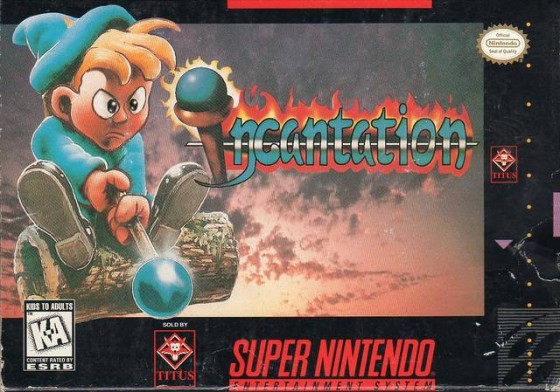 Unfortunately for an otherwise cool game, it was released in 1996 right about at the end of the Super Nintendo's reign and just before consoles moved to bigger and better technology. Playing overall like Mega-Man, Incantation follows the adventures of a wizard traveling the land using a variety of different spells to thwart evil. One of the best comparisons, graphically speaking, is its similarity to PlayStations RayMan. Not a bad game that just came out a bit too late. 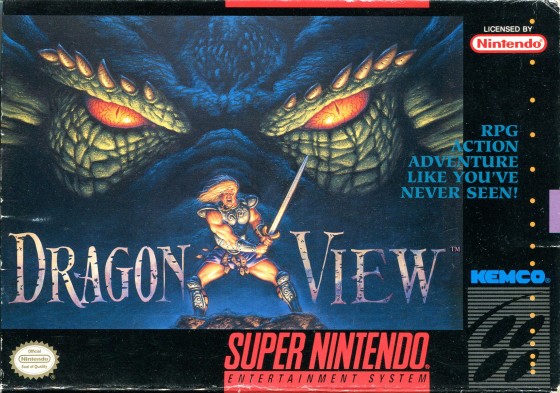 Playing more like Zelda II for the NES (not the greatest game of all time), Dragon View -aka Drakkhen II- follows the adventures of an unnamed warrior as he battles his way through kingdoms and the outer regions. Though it does bare an immediate resemblance to games like Final Fight, it does own the one original idea of allowing players to go back through the various levels, sometimes needing to in order to acquire items. It looks great and the play is crisp and pretty fun. 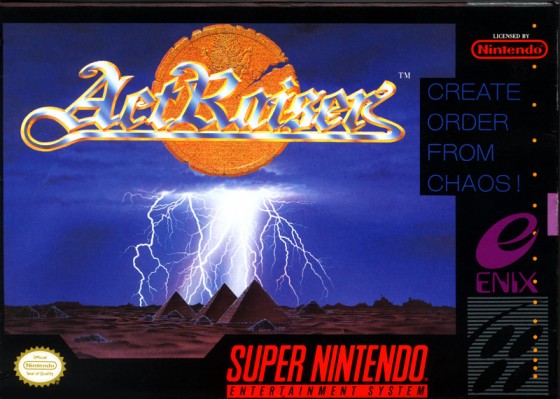 Plainly viewed as an allegory for Christian Monotheism, Act Raiser features the rebirth of a character called 'The Master' who is obviously supposed to be God. Years after an evil force has taken over the lands and has turned the citizens into slaves, 'The Master' rises and begins destroying the evil, thereby returning good by acts of prayer. There is a 'City Building' theme throughout as you triumph over the hatred and revive the fallen towns, and there is an otherwise typical 'Golden Axe' style, as well. Despite some people's adversity to such Religious themed games, it really is a lot of fun. 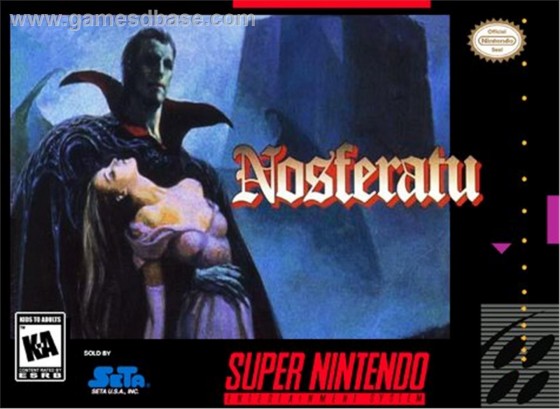 Either fortunately or unfortunately (however you want to look at it), Nosferatu plays nothing like Castlevania and nearly identically to Prince of Persia. However, the similarities in story to the classic Castlevania franchise are still evident: you are sent to battle through the vampire's castle destroying any number of monsters therein, including zombies, werewolves, and bosses including beast men and gargoyles. In this game it's all about your skill with bare hands, which is a nice change from whip-wielding and knife throwing. Objects strewn throughout the game are picked up to increase life and time. Not a bad game overall.

6) Rise of the Robots 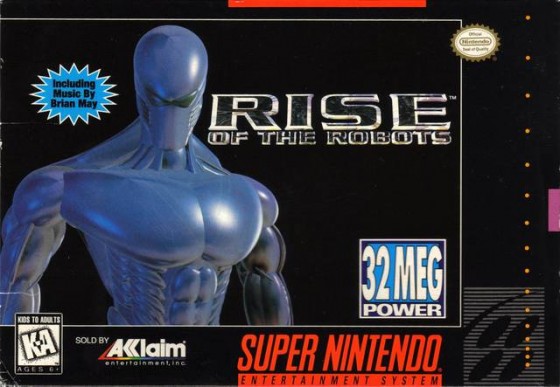 The story-line of Rise of the Robots is pretty deep and drawn out, so follow the link if you care to read about it. But the real point is just how awesome it looked and played for its time, 1994. It was beautifully rendered and showed several different robots with crisp angles and bright colors that looked like they belonged on a far more powerful system. Sadly, the weakest point was the fighting: the controls were a bit weak and unforgiving and often times all it took was one move repeated over and over to win. Still, a pretty underrated game. 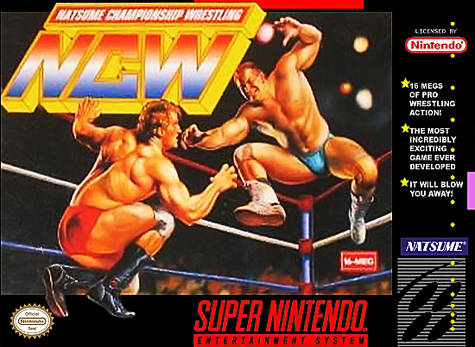 Though sanctioned by neither the WWE (WWF at the time), or the WCW, the look and feel of Natsume Championship Wrestling is very authentic and plays even better than many of the more well known wrestling games of the era. The moves are crisp, performed well, and looked remarkably real. There was only one available story line in the game during which one must become The Triple Crown Champion to obtain the title of Pro Wrestler. Though it played well and the action was dead on, it was obvious that the computer could cheat, especially in Tag Championships. 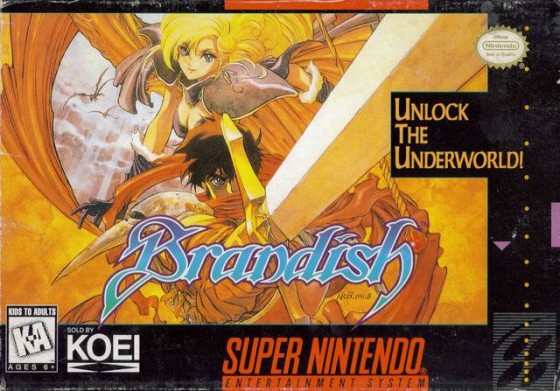 Coming in at the same time as other 'Top Down' adventure/dungeon crawler games like Final Fantasy and Breath of Fire, Brandish was a well-made addition to the genre. Though not too much new was brought to the table, it didn't seem to matter since, really, every similar game rarely brought anything too overly broad to gaming, either. However, the one difference that it did have was in its play. Since it was based on a PC game, using the D-Pad to point and click on boxes surrounding your character to perform tasks (think Shadowgate) was a nice change. It was different enough to be tough and pretty exciting. 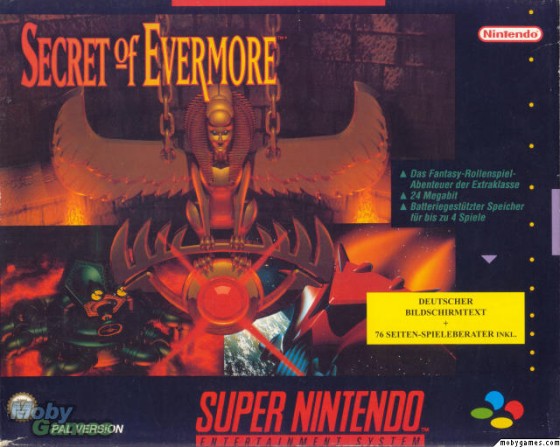 Another in the RPG realm, Secret of Evermore had a few entertaining new features that other games lacked. It featured a story where a boy and his dog were magically warped to a strange realm created by some kooky scientist. The battles and item usages were done so by a Ring-Based menu -which had yet to be exploited successfully to this point. Though claiming to be the only game developed at the time by Square in America, it was kind of thumbed due to its game play which was thought to not be up to Square's other standards. However, it was hailed for its graphics and story. 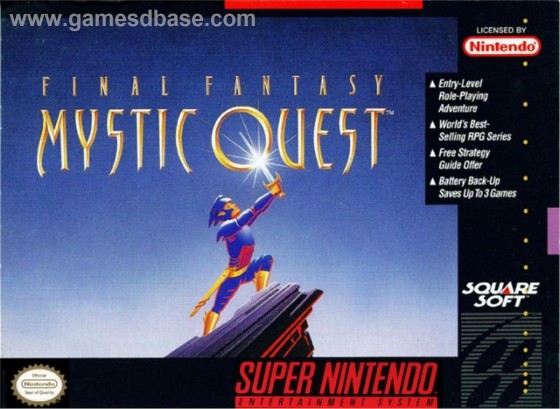 At the time of this title's release, Final Fantasy had already solidified itself as the go-to series for roll playing games. But, many players just getting into the genre tended to find the FF games either too time consuming, or far too difficult. So, along comes Mystic Quest. A game made for the soul purpose of easing new RPG fans into the series. But, this is really where the idea fell a little flat. It was just a bit too easy and looked, oddly, like the Dragon Warrior games from the NES. But, all this aside, it was still a fun game and fit especially well into the cannon of the Final Fantasy series. 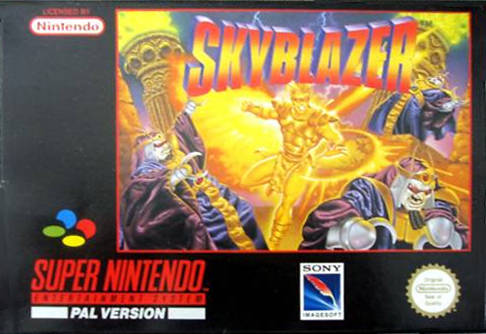 Falling into the chasm of obscurity even almost immediately after its release in early 1994, Skyblazer would, eventually, go on to a much stronger cult status. Billed as a Side-Scroller, there is a tint of hack-and-slash in the game as well, as you earn more distinct power-ups for your weapon and the further ability to heal and stop time. RPG elements aside, the game is more like Mega-Man than, say, Zelda II, but it definitely shares elements with both. The play is exciting and the battles are just difficult enough. Great game.