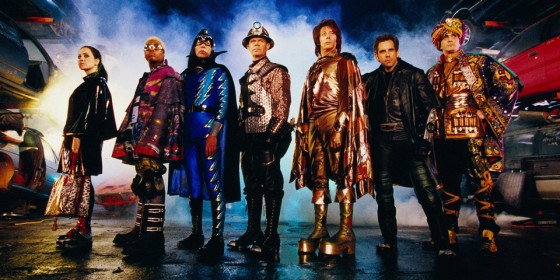 Iron Man. Spider-Man. Batman. X-Men. Superman. These are all examples of great superhero movies, not one of which you’ll find here. No, this list is dedicated to the underdog (no, not Underdog. That movie’s shit), the forgotten film that just didn’t quite garner the same excitement and fan following as those bigger, sometimes better movies. But that’s also the very reason why these particular flicks stand out: they’ aren’t the same ‘blockbuster’ status, they aren’t necessarily filled with explosions or with obvious good guys and their arch nemeses. But just the same, they are decent films that deserve just a little more than they’ve gotten over the years. Check out these underrated movies. 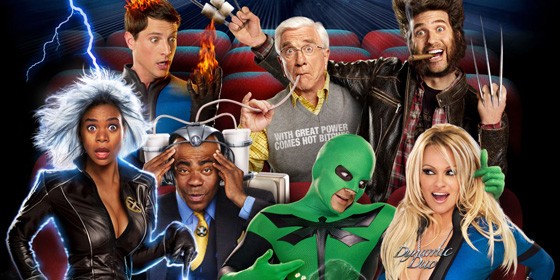 Unfortunately, Hollywood has seen fit to literally saturate the celluloid with as much witless, moronic, shitty parody as they possibly can. Most of it (Date Move, Epic Movie, Meet the Spartans) are all soulless tripe barely worth the time and effort of sitting through. However, sometimes a little gem shines slightly brighter, and Superhero Movie is one of them. With Drake Bell (Drake and Josh), Leslie Nielsen (Naked Gun), Marion Ross (Happy Days), and Tracy Morgan (SNL) at the helm, it certainly looks good in theory! Playing completely on the Marvel comic-to-film adaptations including X-Men and Spider-Man, Superhero Movie is it’s flimsy backbone, but it is supported by some pretty silly dialog. Not too shabby. 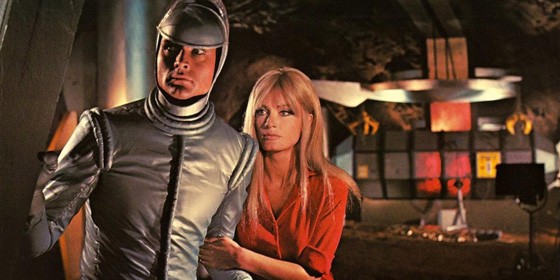 Sort of an Anti-Hero movie, this one. Basically, a very skilled thief is stealing everything within arm’s reach from the Italian government – including $10 million in cash, a highly prized set of emeralds, and an enormous gold ingot. In addition, as with many of Bava’s films, it had a notable musical score by Ennio Morricone. It’s pretty action packed with a few twists and turns up to the point where (SPOILER) you assume Diabolik is dead. Pretty good stuff from a director far more famous for horror flicks. 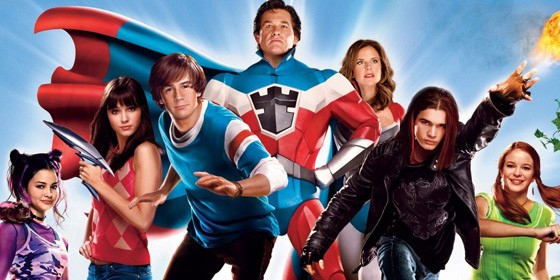 One of Disney’s many forays into the superhero movie realm (though, of course, The Incredibles is far, far superior), Sky High features The Commander (The Thing’s Kurt Russell) and Jetstream (the tasty Kelly Preston) who do their best trying to be normal people doing non-super things (sounds familiar *cough* Incredibles *cough*) while raising their son who has yet to exhibit any powers at all. Meanwhile, at the school, Sky High, we see a ton of comedic geniuses including Dave Foley and Kevin McDonald (The Kids in the Hall) and Bruce Campbell (Ash) as varying staff. It’s a pretty decent movie and great for kids (especially mine) and has a ton of pretty sweet effects. For what it is. 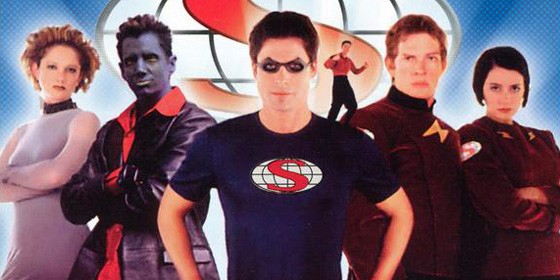 Everyone likes these flicks about a rag-tag, mismatched group of hapless superheroes each torn by their own personal reasons why being a superhero is so tough, right? Okay, fine… some of you. But this movie is pretty decent and pretty funny, too, since it stars Rob Lowe (his sex tapes), Thomas Haden Church (Sideways), Jamie Kennedy (every annoying thing you’ve ever seen), and Kelly Coffield (In Living Color). Separate and each morose and broken at first, as series of life-changing events eventually brings them all back together as Specials to not only fight for what’s right, but to also do it for all the losers and underdogs of the world. It’s so very touching. 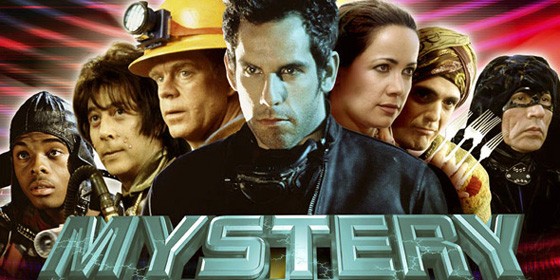 Ben Stiller is Mr. Furious, William H. Macy is The Shoveler, Hank Azaria is The Blue Raja, Paul Reubens is The Spleen, Kel Mitchell is Invisible Boy, and Janeane Garofolo is The Bowler… do you really need to know anything more about this movie? Though it wasn’t the greatest thing ever, it was definitely funny. The hero, Captain Amazing has rid the town of crime -so much so there’s no one left to stop by other heroes- but now that he’s captures, it’s time for the rise of Mystery Men! 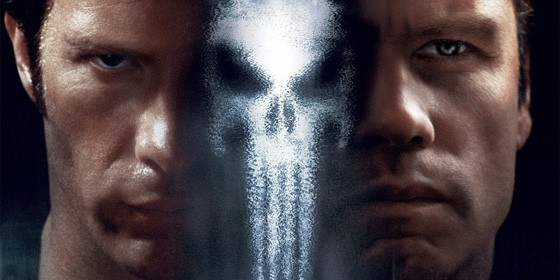 Thomas Jane (The Mist) and John Travolta (lots and lots of crap) together in a Punisher flick? How can you possibly go wrong with that combination? Well, you can. Though it isn’t a terrible adaptation by any stretch, in fact there are some genuinely sweet scenes, it’s just that it wasn’t quite what people wanted in a dirty Punisher movie. I blame Travolta. The story and plot were mainly based on two Punisher comic book stories; The Punisher: Year One and Welcome Back, Frank along with scenes from other Punisher stories such as Marvel Preview: Featuring The Punisher #2, The Punisher War Zone and The Punisher War Journal, so it wasn’t like the film didn’t have a ton to go on. What was memorable was the pretty decent action and a slew of pretty nasty dialog. Pretty cool movie all in all. A fun ride, that’s for sure, regardless of its numerous foibles. 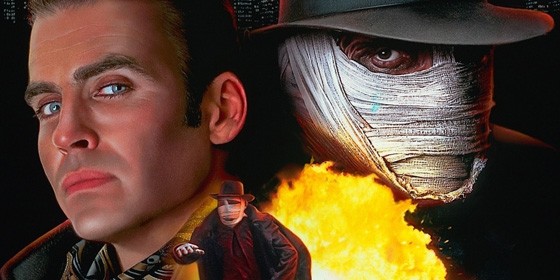 Take Sam Raimi, still fresh from his Evil Dead Trilogy and long before Spider-Man, toss in Liam Neeson (The Phantom Menace), Francis McDormand (Fargo), and Larry Drake (Dr. Giggles) all centering around a new form of synthetic flesh for aiding burn victims that’s only stable in the light for 99 minutes, and you’re off an running on a very cool superhero movie. Once Durant (Drake) and his cohorts blow the shit out of Westlake (Neeson) and burn him to a crisp, Westlake recovers after a surgery that leaves him stronger, yet hyper-moody. He rebuilds his destroyed lab and re-creates his special skin, while claiming the identity of Darkman to seek revenge on Durant. Damn good flick. 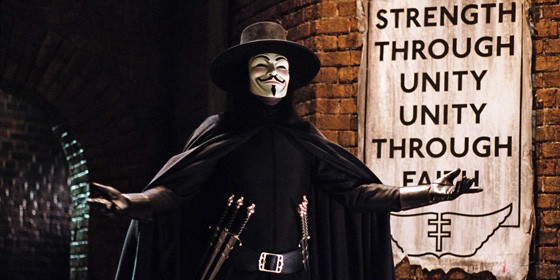 Adapting an Alan Moore comic book has really become a crap shoot, especially since Moore himself is such a, well, dick. Sure From Hell and The League of Extraordinary Gentlemen weren’t perfect, but they certainly weren’t horrible, either. Regardless, Moore distanced himself from V For Vendetta despite it’s rather positive reviews and quite faithful transference. ‘V’, hidden behind a Guy Fawkes mask, is doing his best to get the folks of 2039 Britain to rise up against the government. Watching, is Evey Hammond, baring witness to all of V vigilantism. Great flick by the guys who raped our eyes with the Matrix. 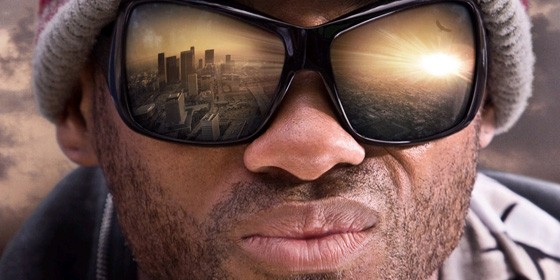 Giving Will Smith a Summer movie is like building your own money-making machine. Giving him a slightly off-kilter story about the last living ‘alien superhero’ of his kind seems equally as smart. Yet, Hancock doesn’t always appeal to everyone, superhero film fans or not. Hancock is a drunk, loud, seemingly selfish ‘superhero’ who exists to everyone’s chagrin. Sure, he’s helpful and does thwart crime, but it’s always to the extreme and always to a fault. He basically creates more havoc than is necessary to ever get the job done. But thanks to Ray Embrey (Jason Bateman) and his wife (Charlize Theron), Hancock finds himself, in a lot of different ways. It’s a cool movie. 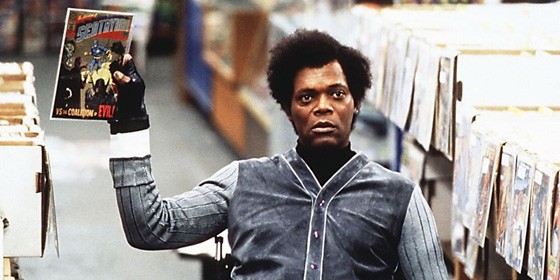 Pretty damn hard to follow the critical success of The Sixth Sense, but, somehow, Shyamalan did it with a far more discreet and downplayed ‘Superhero’ movie, Unbreakable. It’s veiled, believe me, and quite heavily at first when we initially meet Bruce Willis (Die Hard) as David Dunn who, we come to realize, is the only survivor of a fatal car crash years ago. On the other side of the coin, Sam Jackson (bad Mother Fucker) as Elijah Price is a fragile, weak man suffering from Type I osteogenesis imperfecta, a rare disease in which bones break easily. By the twisting hand of fate, the two meet, and as with oil and water, some things just don’t mix. Some have said this movie is akin to a Superman movie where The Man of Steel was completely unaware he had any powers at all. Awesome flick.