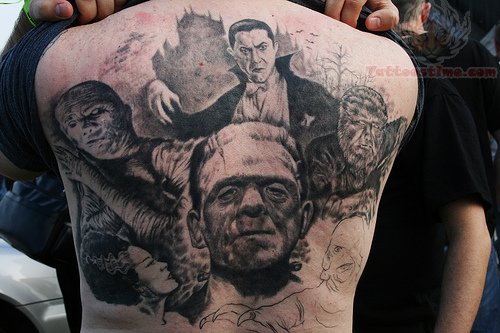 Yeah, yeah, I know what you’re going to say, “all horror tattoos are unusual”, and I guess yes, you’d be right. But you’d also be wrong. Let me explain. You see, there are many of us (yes, me included) who have horror tattoos. Mine, which I will show you all soon, represent Freddy and Jason done in cute, cartoonish forms because those are unusual. No one I know has them and even Google shrugged its shoulders when I went on a search. And, while on said search, I discovered a virtual pantheon of horror tattoos that literally saturate the web. But most of these tattoos have things in common including images from similar movies, alike images featuring horror icons, and even images showing exact direct scenes taken from said horror movies. So what makes the ten I found ‘Unusual’? Let’s take a look.

OK, so these first two are mine and I’m counting them as one. They are based on the Funko vinyl Horror toys that come in the blind packed boxes so you don’t know what you’re getting. I have several. Anyway, these are obviously Freddy and Jason and their fun little cartoony images suit my personality pretty well. So there ya go. 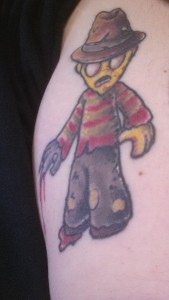 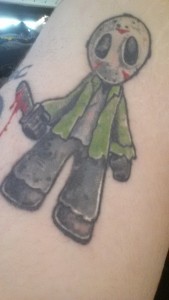 This next one is of the murderous and vindictive Dr. Phibes, portrayed by Vincent Price in the films The Abominable Dr. Phibes and Dr. Phibes Rises, Again!. His face is pocked with scars after an accident – and incompetent physicians- took the life of his wife, Victoria. This tattoo is amazingly detailed and definitely not something you regularly see. You really need to be a fan of this bizarre series to get this permanently etched on your hide. 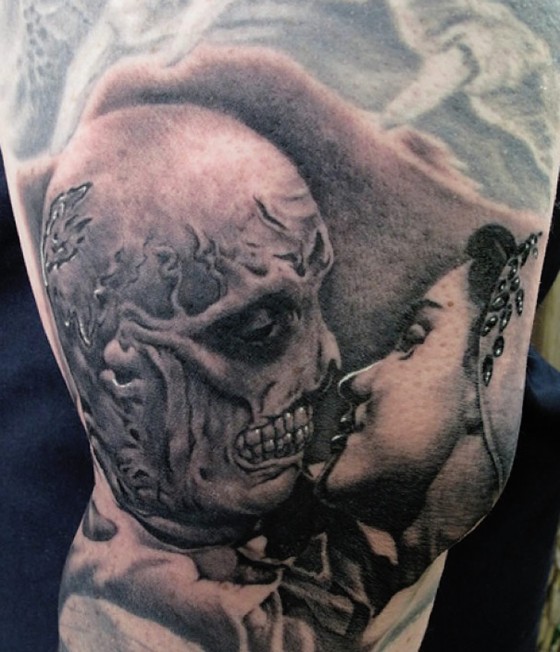 Here we have the sinister Kevin, sadistic serial killer “son” of Cardinal Roark. In the comic series and the film Sin City, Kevin kills, eats, and displays his victim trophies who come in the forms of the prostitutes of Old Town. He is eventually dispatched by Marv quite disgustingly and never once utters a word. Elijah Wood plays him in the flick and that’s what this tattoo represents. Someone loves them some Wood. 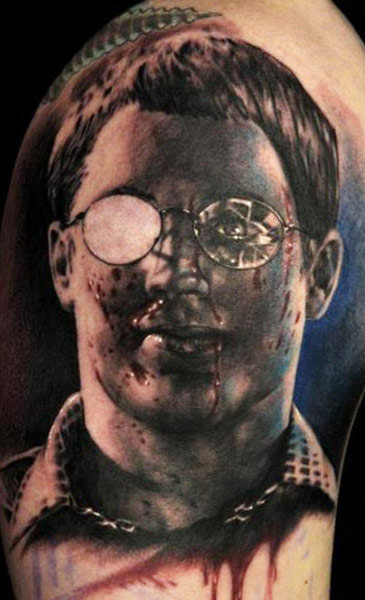 Next we have Marty Feldman as “Eye”-gor from Young Frankenstein. If you’ve never seen this movie (well, first of all, shame on you), you are missing one of the finest send-ups of classic Universal horror -or any horror for that matter- ever to hit the screen. In it we see Gene Wilder’s “Frahnk”-enstein do a 180 and decide to follow in his famous father’s footsteps. Of course he needs an inept and hilarious sidekick and Marty Feldman fills the roll. This tattoo is perfect for you Mel Brooks fans out there. 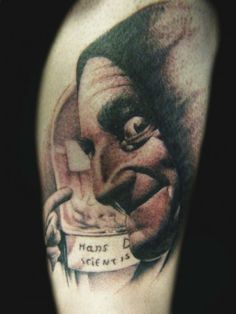 Ah yes, the “Lost MGM Horror Movie” called London After Midnight. You see, Lon Chaney and others filmed this silent classic that was never released. Then in 1967, MGM lost a ton of its archived films to a storage fire and the movie was lost. At some point a release of the film from pieced-together scenes and pictures was produced, but it remains as one of the most famous and most important pictures lost to the fire. This image of Chaney as The Man in the Beaver Hat is amazing. 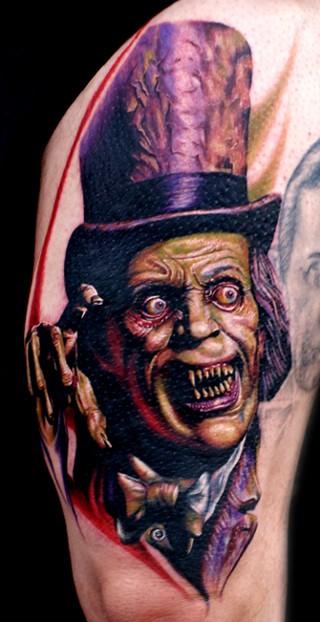 “Heeeeeeeeere’s Johnny!” Everyone knows this scene from The Shining and it is quite the detailed representation of Jack. 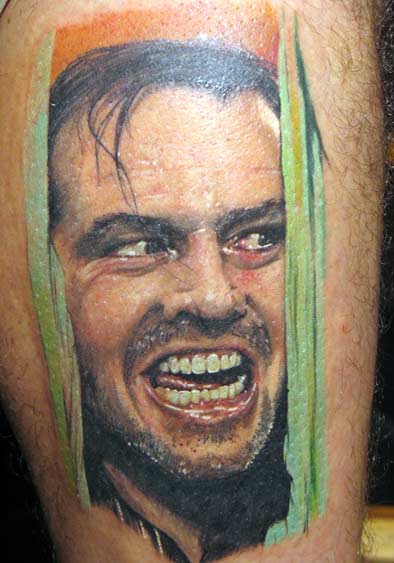 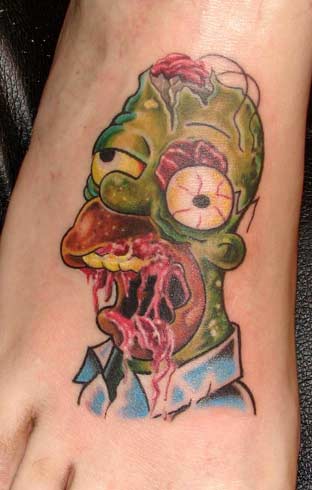 All Lewis as Grandpa Munster? Sure, why not! Now that’s dedication to a goofy TV show… especially one of the more ridiculous characters. And that’s saying something. 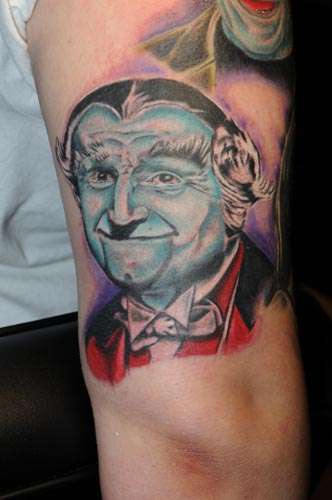 Here’s one of those movies you either love or hate. Personally I absolutely adore The Rocky Horror Picture Show, and especially the mad, sadomasochistic Doctor Frank-N-Furter played by the phenomenal Tim Curry. Here we see him smoking a cigarette, a scene I don’t honestly remember, but I suppose I could have just missed it. Oh well, great tattoo.

And finally, Jeffrey Combs as Dr. Herbert West in the Re-Animator series. Stuart Gordon directed this close approximation of an H.P. Lovecraft tale, and added in buckets of gore and loads of crude humor. A classic flick and a killer tattoo. 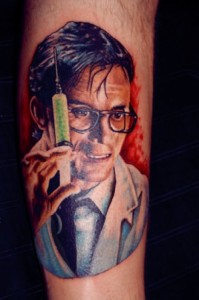