The Ten Most Valuable TV Characters 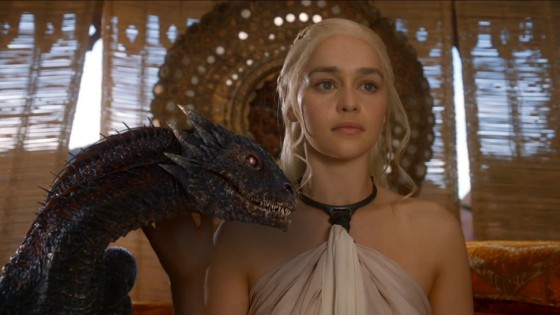 With the 2012-13 fall/winter/spring television seasons coming to a close, now seems like the perfect time to identify the memorable characters who defined the last ten months of small screen entertainment. Rather than label the following ten fictional personalities as “best” or “greatest,” referring to them as MVPs seems more appropriate, because removing them, and the actors portraying them, would inflict significant damage to their respective series and television as a whole. One rule: the shows must still be on the air (sorry John Cooper from Southland. You’ll still be missed).

If NBC wasn’t a cesspool of idiocy, Parks and Rec would be one of the most lauded comedies on the networks. It’s consistently funny and boasts a skilled ensemble cast on par with the likes of such classics as Cheers and Arrested Development. While Ron Swanson, Ben Wyatt, Tom Haverford, Chris Traeger, Andy Dwyer and April Ludgate are irreplaceable wheels, the engine that drives the Parks and Rec bus is Amy Poehler’s charmingly optimistic Leslie Knope. Poehler brings an off the charts likability factor to Knope, whose love of politics is only superseded by her love for the bucolic town of Pawnee, Indiana. Knope’s fierce desire to actually better the lives of Pawnee’s populace is both naive and admirable. There is a glaring lack of genuinely good characters on TV, which makes Knope’s irresistible smile and boundless energy a welcome addition to Thursday nights. 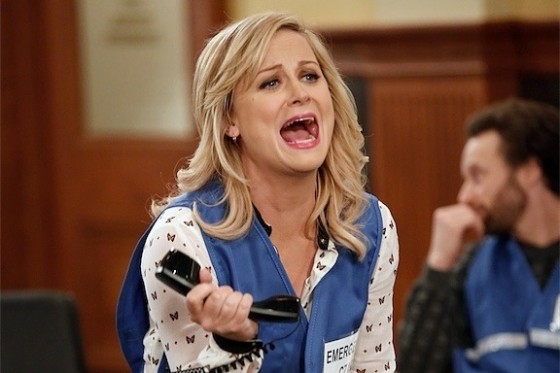 Rectify, Sundance Channel’s first foray into original drama, is a circumspect study of Daniel Holden, a death row inmate released from prison after DNA evidence reverses his conviction from 19 years earlier. Aiden Young plays Holden as a newborn fawn searching for direction in a mysterious forest thick with peril lying in wait. A quiet man accustomed to living an institutionalized existence, Holden is a boat missing its rudder. The ambiguity surrounding the incident that landed him in jail for rape and murder hangs like a pall over the entire plot. Is he truly innocent of the charges? If so, why did he confess to the crime? Rectify is only six episodes old, but the secrets and lies swimming inside Holden’s conflicted soul make him one of television’s most compelling characters. 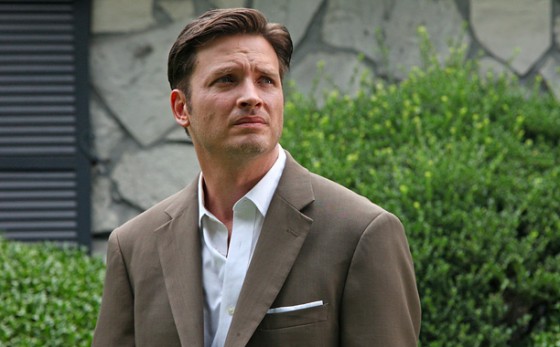 A persona not from Robert Kirkman’s original Walking Dead comic series, Daryl Dixon’s popularity is owed almost completely to Norman Reedus’s spot on portrayal. Gruff on the surface but caring underneath, Dixon is equal parts ruthless zombie killer and gentle provider. He represents a glimmer of light in a world darkened by tragedy and brutality. He was the only one who believed Sophia was alive, and the raw agony emoted when he was forced to end his brother Merle was proof positive there’s still a place for humanity amid the unrelenting chaos shrouded in death. Despite the heinous acts he has witnessed and committed throughout his life, Daryl possesses the one thing needed to survive an apocalypse without going insane. Hope. Without his conscience and crossbow, The Walking Dead would be even more morbid. 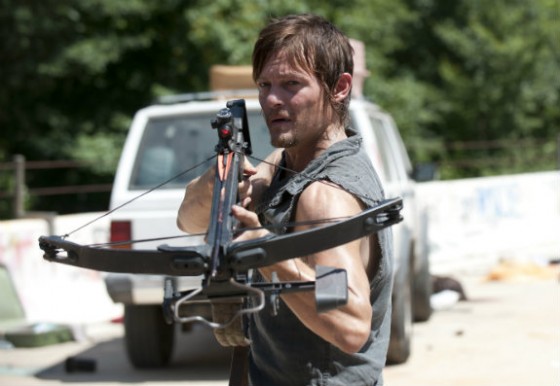 Few if any series are truly the vision of one creator. Comedian Louis C.K. acts, writes, directs and edits a satirical, eclectic and poetic re-imagining of his life as a stand-up comic in New York City. Borrowing shooting and narrative styles often found in the works of Woody Allen and New Wave filmmakers of the ’60s and ’70s, C.K. embodies a character who never appears comfortable in his own skin. He is constantly confronted by comedy and tragedy, and it’s the delicate balance between these recurring themes that morphs an ordinary man’s otherwise mundane singularity into artistic expression rarely seen on the small screen. Louie is a frumpy Kwai Chang Caine, wandering the earth on a journey of self-discovery that is both brilliant and ridiculous. 2014 can’t get here fast enough. 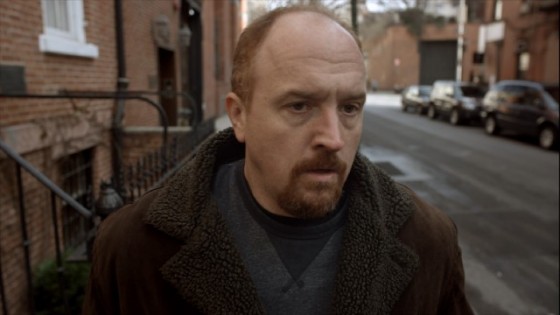 The complaint about the lack of strong female characters in entertainment is valid, especially in the category of young women. More often than not, women in their early 20s are presented as whiny, self-absorbed bums afraid of their own shadows (see Girls). Emmy Rossum’s Fiona is the antithesis. With a bipolar addict for a mother and absentee alcoholic as a father, Fiona must raise five kids on her own while sacrificing the fun and freedom afforded to other 21-year-old girls. The responsibility heaped upon her shoulders is immense, but the love and devotion shown to her brothers and sister is immeasurable. Whether sticking her hands in raw sewage or cleaning dirty sheets from cheap motels, Fiona will do whatever it takes to keep her “kids” fed, clothed and sheltered. There is no better role model on television for young women to admire, and Rossum’s emotionally versatile work is long overdue come award season. 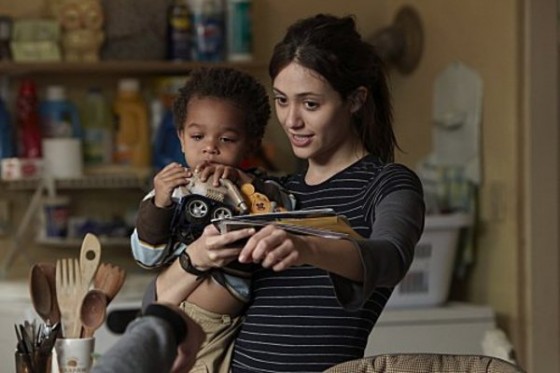 He’s an asshole. But he’s a likeable asshole. That’s the easiest way to describe Don Draper — ad man extraordinaire, handsome Lothario, professional liar. The duality of Draper, which of course is actually a stolen identity, has always been at the forefront of Mad Men‘s serpentine structure, especially in Season 6. Draper is constantly escaping something, be it a tortured childhood, senseless war, loveless marriage, or the confines of a business that often strangles his uniquely creative mind. Who is the real Don Draper? That’s the question that haunts the character and boggles viewers. The exceedingly confident hardened shell that conceals his inner demons is beginning to crack. Beneath the perfect hair and fitted suits is a frightened little boy who was never taught how to love. It’s Draper’s failures, not his successes, that make him so fascinating. And hateable. And likeable. 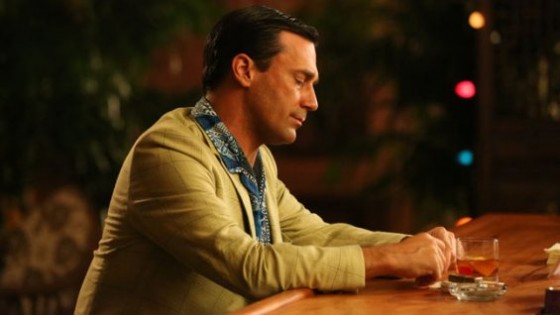 New Girl could’ve been another bland attempt to explore the male-female dynamic on a comedic level. Instead, it’s a mostly original look at modern romance. And one of the main reasons why it works is the character of Nick Miller, played by Jake Johnson. Miller is an accurate portrait of a 21st century thirty-something. Stunted both professionally and emotionally, Nick is overly consumed with cracking the code of the opposite sex. He wants love, but has no idea how to go about attaining it. He’s angry, impatient and set in his ways. But he’s also loyal, caring, and hilarious. By breaking the tried and true “will they or won’t they” rule halfway through Season 2, the show’s writers hedged their bets on Johnson being able to carry Miller to even greater heights. His relationship with Zooey Deschanel’s Jess is playful, endearing, and authentic. Watching the ebb and flow of their coupling is something to look forward to in the future. 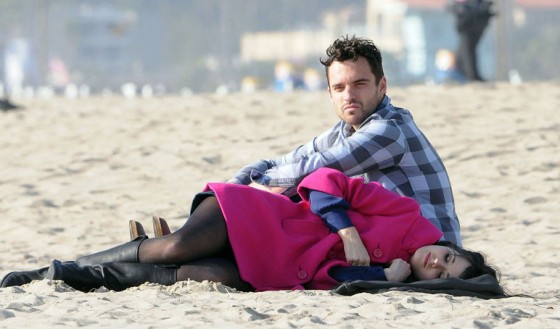 What makes Justified the consistently best drama on television is the fact that it boasts not one, but two anti-heroes. Deputy U.S. Marshal Raylan Givens brings the steely squint and quick trigger of a Clint Eastwood cowboy, but he’d be just another Stetson-wearing lawman without Boyd Crowder’s lofty criminal undertakings to keep him busy. Walton Goggins gives Crowder snake-like charm to go along with an impressive vocabulary. Boyd isn’t your normal backwoods country bumpkin methhead with a shotgun and a dream. He is a savvy Kentucky kingpin with aspirations that venture far beyond the county line. Unlike Raylan, he’s good at his “job,” hence his ability to evade serious jail time. Unlike Raylan, he’s good at love, hence his steady relationship with Ava. Boyd is who Raylan would’ve become had he not left Harlan County, which is why Raylan resents him so much. But there’s a bond between men who “dug coal together.” An unbreakable bond. A bond of friendship. And Boyd, not Raylan, is the one most willing to admit its existence. 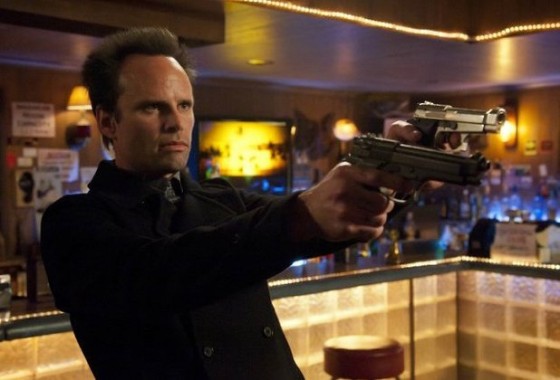 One could argue that Tyrion Lannister is the most interesting character on HBO’s Game of Thrones, but no character has evolved more in three seasons than Daenerys Targaryen, aka the Mother of Dragons. The doe-eyed innocent displayed throughout most of Season 1, and the confused neophyte displayed throughout most of Season 2, has been replaced by a hardened, calculating leader who bends to no man, no matter how powerful or influential. Daenerys is now a Queen who commands an army of thousands. Her determined gaze is clearly fixed on Westeros and the crown that rightfully belongs atop her head. Actress Emilia Clarke was handed the most difficult (and perhaps important) role in the entire series and she has nailed every single level of her growth, from cowering girl to mature woman. The powers that be across The Narrow Sea may be ignoring the Targaryen girl, but that will likely prove to be a costly mistake. 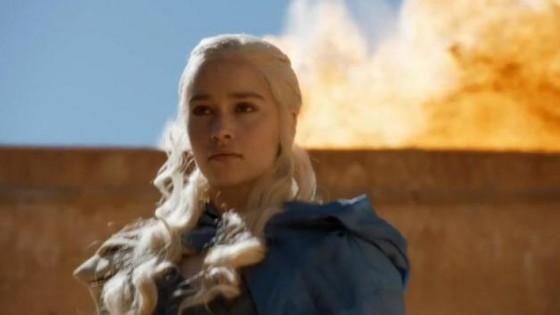 When Breaking Bad ends its five-season run later this year, TV will lose one of the most complex characters in the history of the medium. Imagine if your mild-mannered nebbish high school chemistry teacher became a feared drug lord that murders rivals and poisons children. That’s the story of Walter White, a terminally ill man who started down a path to provide financial stability for his family, but somewhere along the way took a meandering fork that would inextricably alter him for the remainder of his days. Bryan Cranston’s Walt has turned evil before our eyes. The bumbling, mustachioed science nerd who allowed himself to be railroaded in business and browbeaten at home is gone. The new Walter White is a tyrannical monster and the architect of a vast methamphetamine empire. He no longer takes orders, he gives them. Defying him isn’t advisable. Because he is he one who knocks. 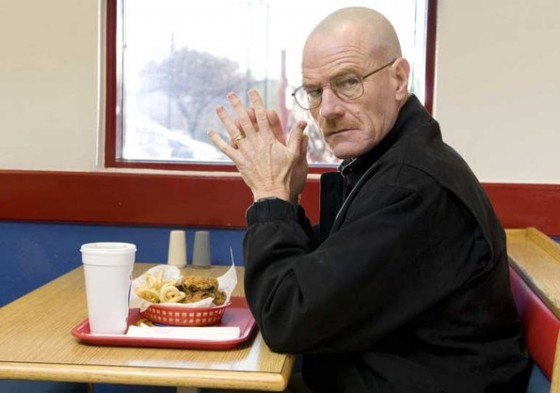