Media > Music > Ten of the Very Best of Pink Floyd

Ten of the Very Best of Pink Floyd 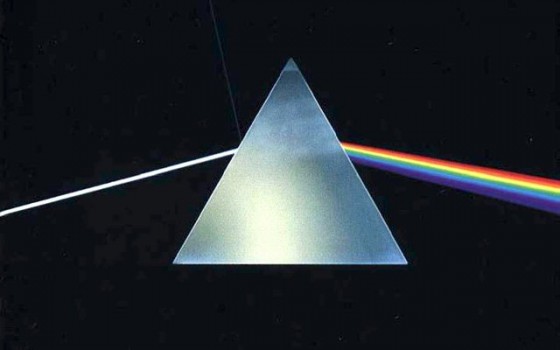 It just so happened that Pink Floyd guitarist/vocalist, David Gilmour turned 66 on March 6th, and, at nearly the same time, a new compilation of Floyd greats was re-released called A Foot in the Door. Floyd has done this before; part of their continued existence of not being a cohesive band (because they’re really not) is to remaster their entire catalog. Not a bad idea, really. But throughout this process they’ve regularly released ‘Best Of’s’, including Echoes, which came out in 2001.

Anyway, Pink Floyd has such a vast musical library that… well, I don’t really agree with all of the songs picked to be on the newest compilation. What else is new, right? And when you’re as big a fan as I am, well, I guess I have delusions of grandeur that I can do better. And so, here’s my version of better. Enjoy the list and the music.

From the album aptly named, Animals, "Sheep" is a tune that falls between the "Pigs" and the "Dogs," and truly represents the trudging, monotonous tread of those who do nothing more than follow the leader their entire, boring, dull lives. It is the musical representation of a flock to an ultimate T. It warns, it chastises, and speaks as a cautionary tale towards attempting -- only in vain -- to fit in with whatever is where it's at. Don't be a sheep, but do listen to it.

On The Turning Away

Though much of the magic of what Pink Floyd truly was evaporated after The Wall and the subsequent departure of Roger Waters, the band did plod on, releasing a few more slightly less Floyd-like albums (this one being A Momentary Lapse of Reason) in the '80s and '90s. Now this isn't to say that these weren't good, but they certainly weren't as strong as past efforts. There's just that integral piece of the puzzle missing without Waters, though Gilmour did a more than amicable job keeping Pink Floyd alive. This is definitely a beautiful tune that is slightly reminiscent of something they might have done on Obscured by Clouds.

As far as very early Floyd goes, taking a look at either Piper at the Gates of Dawn or A Saucerful of Secrets will definitely give you some insight into how tightly the band embraced psychedelia. Much of the music that was released between '67 and '69 had a distinctly anti-commercial quality to it as that plot was never really in the band's plans. They wanted to make music and cared little for the mainstream charting of it. Syd Barret kick-started Floyd, but his talents were only able to carry them so far. "Astronomy Domine" is definitely one of the more solid and musically concise pieces on Piper. It's a great song with some interesting, bizarre bits, but definitely more listener-friendly, too.

Welcome to the Machine

As much as I wanted to include "Have a Cigar" and/or "Wish You Were Here" -- two of my favorite songs on quite possibly my favorite Floyd album -- I just couldn't because they appear on just about every other 'Best Of' Floyd list ever. Which isn't to say they shouldn't be there, it's just that it feels like "Welcome..." is largely ignored and it is such a wretchedly droll little tune that almost reminds me of something created in a filthy factory -- gritty, slickly metallic, and heavily industrialized. Which, ironically, is what the song -- and certainly more than just this one on the Wish You Were Here album -- is about: criticizing industry. Specifically, the music industry.

Few people outside of the realm of die-hard Floyd fans know the band did quite a few soundtracks while working up to their universal mega-hit, Dark Side of the Moon. One of said soundtracks was to become the album, Obscured By Clouds, and the film was called La Vallée. Now I'll be the first to admit that this -- though one of my favorite Floyd albums -- kind of falls apart at the end. Despite that, it is all-together classic Floyd with such an interesting flow and story that it really needs to be looked at as something far more important than it's often given credit for. The song "Free Four" has two opposing forces going on. Lyrically it's about how life passes regardless of how you try to live it and a relatively poppy guitar leads the way, but just behind is the dirge-like grind that almost screams death. Such a brilliant tune.

From the slightly more conceptual album, Atom Heart Mother, the song "Fat Old Sun" was such a jarring interlude on the album itself that even the rest of the band outvoted Gilmour (the song's writer) when it came time to create the Best-Of list for Echoes in 2001. Honestly, this song is absolutely what David Gilmour does best: calming, rhythmic, beautiful, and all-together so very un-Floyd like while being exactly what Floyd is at the same time. Epic Gilmour.

Perhaps one of the most often overlooked masterpieces in Pink Floyd's repertoire. "Echoes" manages to encompass the entire second side of Meddle and really, truly needs to be cranked up as far past 11 as you can get. There are nuances in this song that are subtle, and there are nuances in this song that are as throttling as a hammer to the skull... but it's all beauty. Oddly, for those fans of Floyd who can follow a general progression into slightly different and more mature styles, this song definitely feels like it needs to be on Dark Side of the Moon. It's almost a prequel for a coming album that would literally change the face of both Floyd and music as a whole.

It's hard to tell if this song somehow influenced mid-to-later Beatles, or if somehow The Beatles sparked enough interest in Floyd for "Corporal Clegg" to sound an awful lot like them. My guess would be maybe a little of both... if that's even possible, since this song sounds like it could have easily fit neatly on The White Album. Either way, it's a great Floyd tune that owes its ridiculous tale to apparent truth from a story in Roger Waters' family lineage. It's from A Saucerful of Secrets, which is part of the Barret-Led era of Floyd.

It's difficult to be a Pink Floyd fan and not know about the Dark Side of the Moon/Wizard of Oz 'thing' that inconceivably works when you play the two bits of media together. Especially considering such strong arguments as to why it shouldn't work, including Pink Floyd themselves collectively admitting that they had no intention of this bizarre mash-up ever happening. And as far as astronomically improbable coincidences go, this unplanned marriage is definitely right near the top. But all that aside, Dark Side of the Moon is largely considered one of the greatest albums ever created and to this day sits atop the list of best-sellers. In "Time," Pink Floyd once again shows just how fleeting life is and just how arrogant we as humans are attempting to deny its passing.

Why is a song from The Wall at the top of the list? Well, for a few reasons. One, when I first got into Pink Floyd back in the early '80s, The Wall was still very fresh and to me it was just so weird that it made me feel like I was rebelling against how I was raised musically. Secondly, most random people probably say The Wall when they immediately think of Pink Floyd. But one of the troubles encountered while finding a favorite from The Wall is the simple fact that it's a concept album where each song blends pretty seamlessly into the next. And since you're going to listen to The Wall anyway, do yourself a favor and listen to the live show from Earl's Court in 1980. Amazing. Anyway, between this and Dark Side, I really had a toss-up for favorites. I chose The Wall, but it's all subjective.