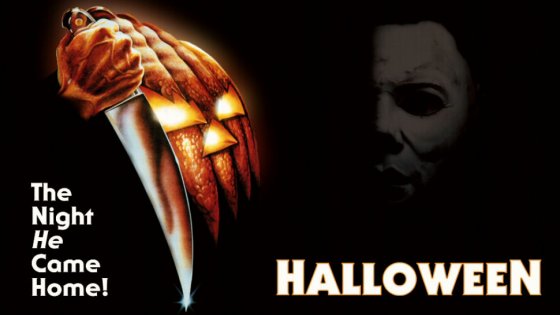 Hey kids! It looks like Halloween is finally here! How festive! Oh, and since I like to toot my own Horror Horn as the resident dude who knows his shit about the spooky movies, I thought why not dip my toes in the already jam packed municipal pool and come up with my own list of Must Watch Halloween Movies! Sounds good, right? Okay then, let’s get moving, you’ve got watching to do! 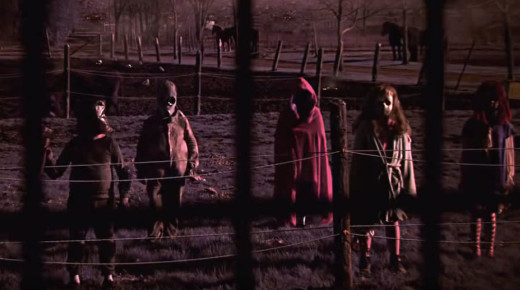 This 2015 movie absolutely deserves a spot on this list. Basically, Dora is the heroine here and she has just discovered that she’s pregnant. Well, it’s Halloween and she doesn’t really want to go out since her boyfriend is supposed to pick her up for a party. Her mom takes her brother out, and then the fun really begins. It turns out evil entities want her unborn child… because EVIL! So they torment her like mad for the rest of the film all while her baby is growing at super speed! It’s atmospheric, chilling, and bizarre. Perfect for Halloween!

9) Halloween 3: Season of the Witch

This is one of my favorite Halloween Horror movies and it’s made all the more intriguing by the fact that, even though it’s titled Halloween, it has nothing to do with the series, nor does it even have a mention of Michael Myers. Weird, right? It doesn’t matter, it’s just a damn good movie all on it’s own. What we have here is sort of a Something Wicked This Way Comes/Needful Things deal where the Silver Shamrock Novelty company opens up just in time for Halloween featuring scary and all kinds of possessed masks for the Kids! Yay! Trust me, it’s a good one.

8) Dark Night of the Scarecrow 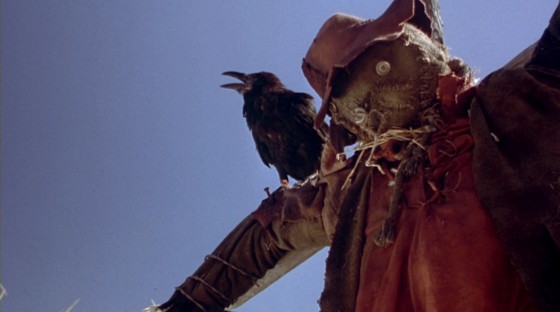 No, this is not a long lost Batman movie, despite the fact that the title could so totally be one. It is, however, a made-for-TV horror film that’s surprisingly good! At it’s core, it’s a revenge flick that just happens to feature a simple fella named Bubba who becomes a malevolent Scarecrow after he is accused of killing his girl, Marylee. Turns out Bubba in fact saved her life, but the local yokels don’t believe it and murder the poor kid. Later, he turns up to dispatch each in kind as a vengeful Scarecrow. For a TV movie, it’s pretty well made. Check it out.

7) The Nightmare Before Christmas 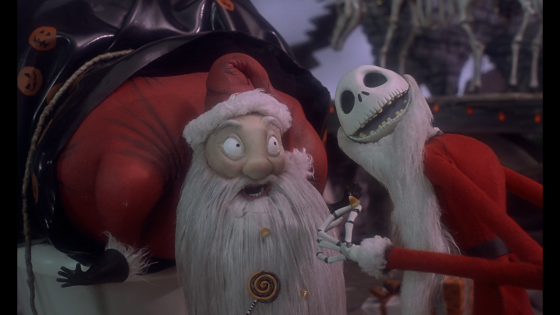 It seems that old Tim Burton has officially announced that this movie is, indeed, a Halloween movie so we can add it to this list without delay. And so I did. If you’ve never seen this movie, shame on you for it is one of Burton’s finest not actively starring Johnny Depp. In this animated piece of awesomeness, Jack Skellington is the Pumpkin King and he wants a little more out of life than being the head honcho of Halloween Town. And so, he slips into the Christmas World and dons Santa’s stuff, effectively taking over the fat man’s gig. It is wonderful seeing all the spooky swag he leaves for the unsuspecting kiddies. And the Oogie Boogie scene is worth the price of admission alone. 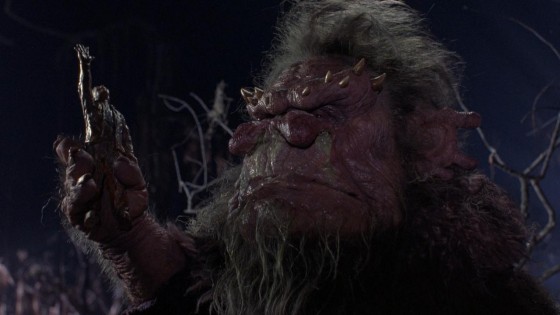 There is no reason not to include a flick on this list starring the incomparable talents of the dearly departed Jim Varney. Okay, so the dude was more or less a one-trick-pony, the voice over for Slinky Dog notwithstanding. But who cares, right? He was Ernest and no one does over-the-top stupidity like Ernest. Speaking of stupidity, our titular hero unwittingly unleashes a bunch of monsters on the public on Halloween and he must enlist the aid of some kids to right his wrongs. And there’s probably some kind of moral. I don’t know, it is pretty stupid. 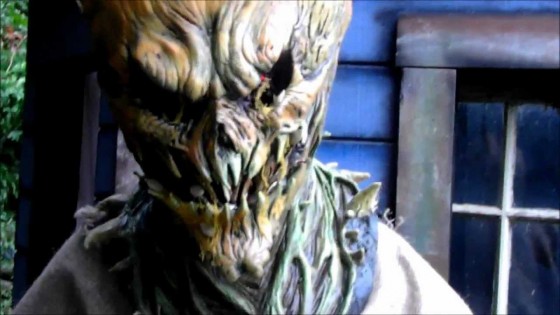 So what do you get when you cross two family’s past bloodlines and the supposed hanging of a warlock? Well, the makings for a so-dumb-it’s-good Halloween Horror flick, that’s what! Here we have a squabble between the Machens and the Kellys, the matriarch of said Machens accusing the Kellys of killing the Warlock and that particular spirit raising a creature with a pumpkin head called Jack-O. Yep, dumb name and a rather ineffective monster, too. But like I said, it’s worth a watch. Oh, and if you’re wondering if Linnea Quigley was in it, the answer is a resounding yes.

This little nugget of fun was also just released this year but has quickly become one of the best Halloween movies out there. It’s an anthology, which can sometimes be tedious and drawn out. But in this case, the ten mini-tales work flawlessly and blend together effortlessly. All of the following tales take place on one Halloween night, and, just for the sake of ease, here are said tales borrowed from Wikipedia: 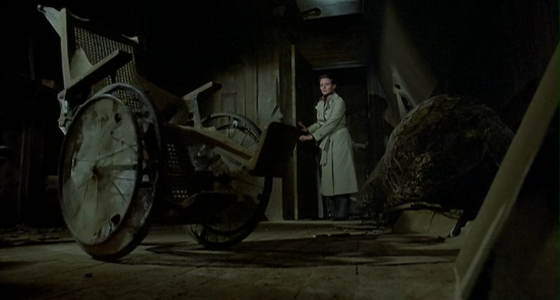 This is a good old fashioned Haunted House tale that sort of blends psychological horror with spirituality and the occult. Ya got all that? Basically, George C. Scott plays John Russel who, after the death of his wife and child, moves to a giant mansion away from it all to sort out his life and maybe get back to work as a music teacher. Well, as the time passes, the weirdness increases and the house starts dropping the bizarre noises and the odd visions. John soon discovers a secret of the house and… well, I’m not gonna tell ya. This is a movie worth watching for the eerie atmosphere alone, not to mention Scott’s performance. 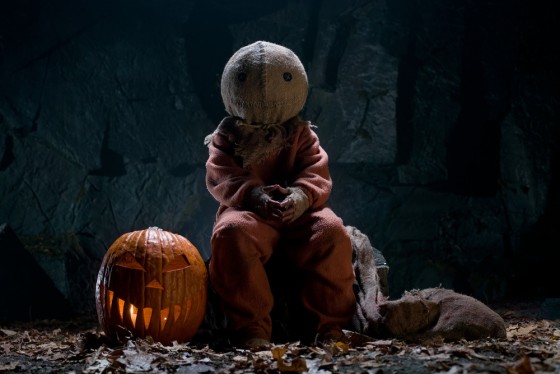 Since its release in 2007, this gorgeous pack of anthological tales has become one of the staples of the Halloween season. Each story shares not only a town and the holiday in common, but also a little demonic child with orange pajamas and a burlap sack over its head. The child shows up in each tale, with prevalence in the first and the final. In between we find gruesome stories of a murderous house dad bent on killing kids who annoy him, a crew of unsuspecting trick or treaters who conjure up ghosts of a secret better left dead, a virgin werewolf attending her first slaughter party, and a grouchy old man disinterested in Halloween. All the tales are neatly wrapped in a warped little bow dressed in orange PJ’s. Sam is the man, kids. And candy is damn sharp. 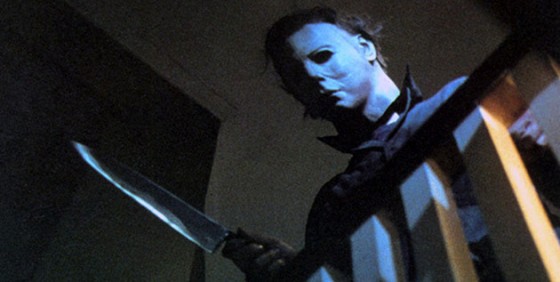 Here we are; the tale that started it all. The one that has stood the test of time. The Halloween Horror that spawned a hundred copy-cats and may have even begun the Slasher genre as we all know and love it. Directed by John Carpenter and starring Jamie Lee Curtis, the story is quite simple, actually. It’s Halloween and Lorie Strode is seeing some weird shit around Haddonfield. Is someone stalking her? Could it be that weird dude in the Shatner mask and blue jumpsuit with the butcher knife? Nah. Probably not… or is it? It is. It’s Michael Myers and he is not happy about life after being in a nut house for far too long. So what better way to prove your sanity than by going on a killing spree? Sounds good. Anyway, this is a classic, kids. Watch it a few times.