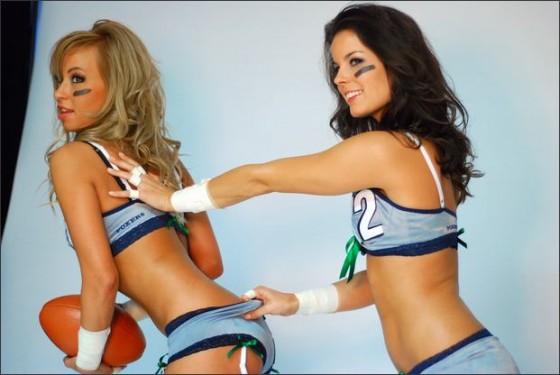 We’ve reached that time of year… training camps are just getting started and weekly attempts to kill your liver in honor of the Sabbath will follow. For now you may be one of millions looking to satisfy your football fix by jumping into the Dungeons & Dragons portion of the community, also known as fantasy football.

General estimates suggest somewhere between 18 and 20 million people will play some form of fantasy football this season. A good portion of them will work hard – they’ll work REAL… HARD, Ringo – to annoy the living hell out of everyone involved. 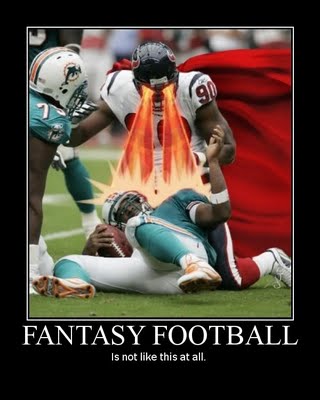 This is the most exciting day any one of these nerds has had in weeks. They’ve left the wife and kids behind for a few hours to drink beer, eat hot wings, and think about football. It’s their five minutes of glory and it’s the first time they’ve had it in a long-ass time.

Show up late. Delay the whole process. Text someone 10 minutes before it starts and tell them you are on your way… then sit in front of the TV for 20 more minutes before getting dressed to leave. Take your own sweet-ass time, man. It’s all good.

9) Play music, watch TV, tweet, or engage in any number of distracting activities during your draft.

If you participate in league where everyone is local and can gather, have it at your house and make sure there is tons of noise. Blare some music at insane decibels. Turn on the TV and gradually crank on the volume (especially during those insanely loud commercials… that is so damn annoying).

If you can, turn on an iPod and have both earbuds in… and keep putting them in every time you are asked to take them off. They’ll be yelling at you to make your pick, but you are in your own state of mind… trying to decide… listening to a little, I don’t know, Slayer…

… and you just didn’t see it was your turn. Again.

8) Bring warm, generic beer to any league event you attend.

I don’t believe this needs much explanation. 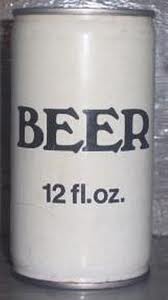 Get some of this. Keep in your garage if it is summer, in your bedroom closet if it’s winter, and then bring it out on draft day. Fun for everyone. Shut up and drink.

7) With every pick in the draft, ask stupid questions, and then try to select players already spoken for.

“Hey, is Chad Pennington still in the league?”

“Has Chris Johnson from the Titans been picked?”

Constantly ask questions like this. If it’s your turn to pick, ask three of four of these questions. If it’s not your turn just constantly ask questions about all kinds of shit… doesn’t matter what, just ask. There is nothing fantasy football addicts love more on draft day than someone who wants all of their homework done for ’em by the group, and they want to talk about it continuously through the draft. Here’s a good one… when it’s your turn to pick, ask questions about players that are available and healthy, and NEVER take one of them.

“You guys are sure Ben Roethlisberger is only missing four games, huh? You’re sure? Ok… I’ll take Matt Prater.”

Do that with EVERY pick. The guys will love it. Laughs all around.

6) Make outrageously offensive trade offers, early and often, and counter all offers in the same fashion.

This is one of the best tools in the trade. If there is an owner you hate, a guy your really loathe and want to die, torture ’em with horrific trade offers. It’s important to be persistent with it, and it’s even better delivered via the phone or in person. If you can portray just how serious you are in making the offer… really selling it, making a strong pitch for the deal, going Gordon Gecko with it…

… this is an outstanding way to piss off anyone that really enjoys fantasy football.

Be warned some guys will turn it into an excuse for conversation. You need to avoid lonely guys, guys living with mom, anyone that works most of the day alone… you don’t need to give this a chance to blossom into some prolonged friendship not seen since Brokeback Mountain. Be rude and pushy with it. Try to be offensive, like a car salesman after 20 rails and a Red Bull.

If you need help, find out whom the guy selected in the first round and offer whoever you picked in the sixth and thirteenth rounds. That will get you started.

5) Vote against every trade made in your league. Email others to encourage them to do the same.

In most internet leagues an email is sent out letting you know two idiots in your league have decided to engage in a homoerotic fantasy of exchanging commodities in private so they both can achieve a greater sense of personal satisfaction. In other words, they are going to trade players… kind of like trading body fluids but usually not as messy and nearly as painful to witness.

No matter the trade, there will be someone in your league engulfed in rage over the exchange. Either they are scorned as another team trying to make a similar trade or they are depressed they failed to think of such a deal themselves or maybe they are just pissy bastards that like nothing more than complaining about playing the role of victim every minute they are on earth. Whatever the motivation, there will be people looking for torch and pitch fork when a trade goes down.

Find them, tell them how unbelievably wise and intelligent they are, and encourage them to attack every member of the league for not voting the trade down and for being so ungodly stupid to see how horrible it is for everyone. You have to really poke the bear on this one… call ’em up and use some emotion, some inflection in your voice that stokes the coals of hatred and anger. Get ’em REALLY pissed off and convince them that EVERYONE needs to be REALLY pissed off.

The beauty of this… you can target everyone in the league, and if you do it right, you’ll never be attached to it. 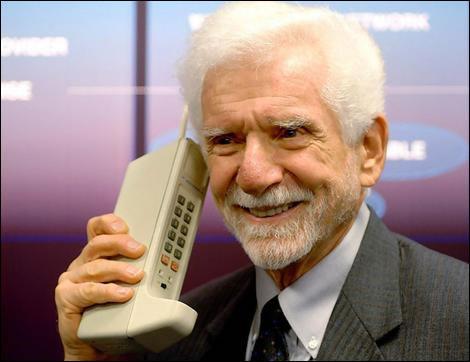 Can you hear me now?

Make sure you get the cell phone numbers of all of the owners in your league. If you draft live, send a roll call sheet around and ask for cell phone numbers. Con the commish into gather numbers. Tell people you are giving away free steaks and you need their numbers to get ’em delivered. It doesn’t matter. Get off yo’ ass and get those digits, from everyone.

Once the draft is over, go immediately to the privacy of your automobile, turn on your phone, and block all of those numbers. If you can create a block that will tell the person they are blocked, that’s fine. If they get sent directly to email, so be it. If you can’t block ’em simply note the name as “DO NOT ANSWER” and never, ever answer those calls.

Know what’s going to be awesome? You’ll have some dishrag whore all lined up for the chomp and Jim from accounting is going to call while your gettin’ your mack on because he wants to know what it will take to get Beanie Wells from your roster. Don’t be a douche and don’t give Jim the opportunity to be a douche. 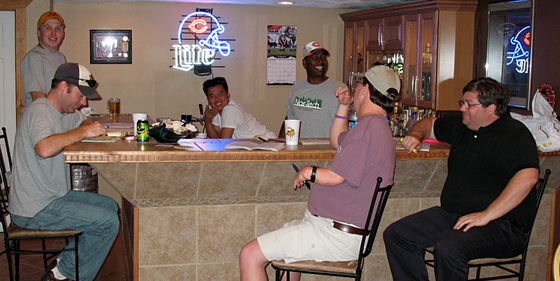 3) Let your emails sit for days on end, and complain that others are doing the same.

Much more often than not you will get the bulk of information on events in your league via email. You have your email attached to your team if you play online. You exchange emails if you play with locals. Your commish contacted you via email to play and to hassle you to pay the fuckin’ dues. You have email. You’ll be getting email. Everyone emails. It’s wonderful.

Who cares? If you check your email, let that one sit… the one that says “Trade Offer” or “Would you be interested?” or some catchy subject to let it be known you aren’t supposed to ignore it as it is important, official league business. In fact, in your world, that is a red flag… and you can even mark it as spam so your account will start filtering that garbage out for ya’.

Email is so 2002. If someone wants to talk trade they can call your ass… and as we’ve already discussed, you won’t be answering (the call or the message).

2) Persistently fill your starting lineup with players missing due to injury or bye.

The most damaging of efforts can be the half-assed leap into a fantasy league when you don’t truly understand the various threats to the players on your team. Players these days are given far too many reasons not to play to avoid the occasional rumor or headline suggesting a game is likely to be missed. They get hurt, they get partially hurt, they get compromised, they get dinged, they get a hammy, they get turf toe, they get drunk and make an excuse… whatever.

Make sure you take none of this into consideration.

There is nothing more annoying, more frustrating, or more demoralizing for every member of a fantasy football league than a team that sits without any attention or effort. The lineups never change. Emails go unanswered. Votes on trades are never cast. It’s just a team… sitting there, eating up players and putting them to no use, rising on weeks when it should not be in existence and failing in every way imaginable when you could use a helping hand. 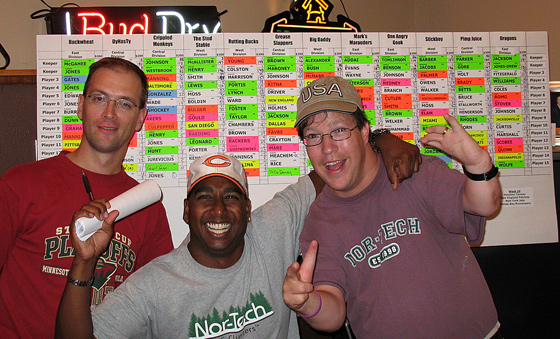 The best part… follow steps 10 through two and you’ll be there. It’s just one simple step to go from a pain in the ass to a complete and total jerk void of benefit for humanity.

Most folks go way beyond this to achieve such lofty heights and you can do it without doing a thing at all… so run out and join a league today!