Ten Things You Wouldn’t Think Would Be Made From Corn 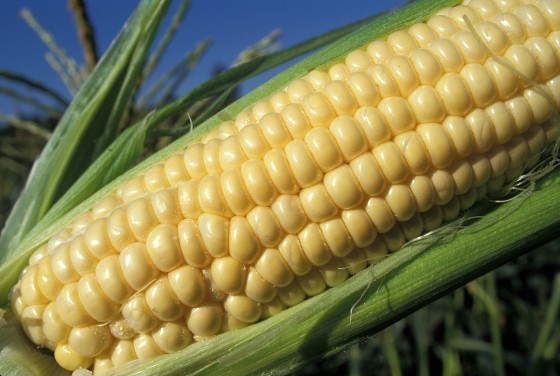 It’s no secret, corn has taken over. It is literally in just about everything you eat in one form or another, mostly because it’s in the feed of every animal we regularly eat. But besides food, and feed, corn has been (and can be) turned into pretty much anything and everything from packing material to fuel. Here are ten things you might not have guessed regularly come from corn.

Some things that feature the use of corn products are so bizarre they almost make you do a double take. I was opening a fresh can of oatmeal when I noticed the safety seal banding the lid had some writing on it. Sure enough, it proclaimed it was manufactured from corn. It felt exactly like plastic. And this, friends, is one of the properties of corn's simple sugar called dextrose. When extracted and separated, its starchy compounds can be used in myriad forms, including plastic-like products. In this oatmeal's case, it makes virtually the entire container biodegradable.

We all know corn contains a wicked amount of starch; we know this because there is such a thing as cornstarch, and its use is to gelatinize and thicken things such as sauces and gravies. But in the non-food world, starches often times are used in a completely different way. In the instance of gypsum drywall -- and you know what I'm talking about if you've ever helped build a room add-on or a house -- cornstarch is used in chelation, where its properties help prevent the formation of unwanted molds on the finished board. So, in theory, you probably could take a bite out of drywall, but I wouldn't suggest it. 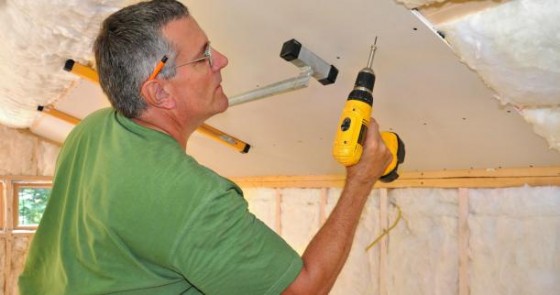 So ya wanna make something out of wood. Well good for you. But, if you want it to last, it might not be a bad idea to protect it with some kind of wash. How about varnish? Sounds good. Oh, and just in case you were thinking of drinking it (ya know, cuz the fumes get you all funky in the head) at least one ingredient is made from corn. It'll still kill you... but I just thought you should know. Anyway, the chemical in the varnish derived from modified corn oil is called alkyd, and it's responsible for that lustrous film varnish leaves behind. Pretty! 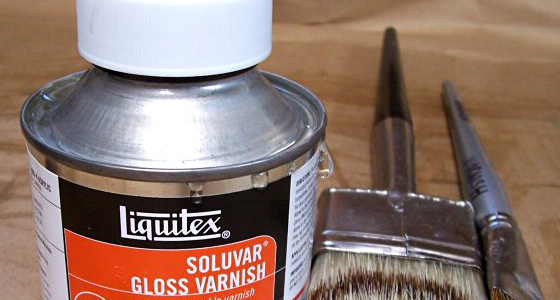 Spark plugs, in their most basic sense, are made from metal and ceramic. So how the heck does corn fit into this? Well, if you shut up, I'll tell you. You see, it's all in the ceramics -- the molded crystalline product that is very resistant to high temperatures, such as those in your engine. They also tend to withstand the caustic properties of certain acidic solvents, which is also good since your engine is pretty rife with that stuff, too. As it turns out, when one of the many crystalline structures of cornstarch is heated, it hardens and acts as a type of insulator. And now you know.

Ever wonder how you're able to lick glue on things like envelopes and most stamps? Corn. That's right, were it not for the gelling and sticky nature of the starch (here we go with that again) in corn, everyone's mail would arrive already open. Rim shot. Anyway, the starch reacts with moisture (spit) and turns gluey, literally. Then, as it dries, the bond holds things together. But it's not just this type of corn-based adhesive that gets used a lot. Nope, there's a thing called nitrocellulose glue. This stuff, as it turns out, is pretty nasty thanks in large part to the fact that it's created by, "nitrating cellulose (plant fibers) through exposure to nitric acid or another powerful nitrating agent." Oohhhh, that's good nitric! 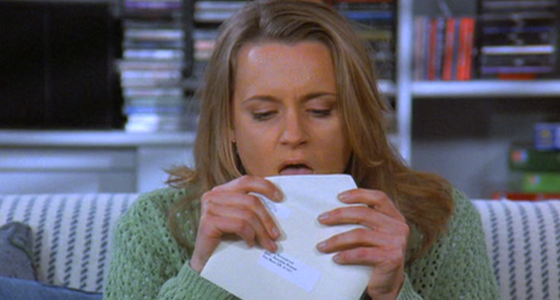 Should it really come as any surprise, after reading what you've just read, that there's corn in toothpaste? No, it really shouldn't. But this time the little corny surprise is hidden deep within the paste's sweeteners. Can you imagine toothpaste without some kind of saccharine sugariness to it? It would, literally, taste like soapy minerals. That would make my kids want to brush even less than they already do! In most cases, the sweetness is called sorbitol and is derived from the reduction of corn's glucose. This ingredient, however tasty, also works as a laxative. So, as substitute sweeteners go, it's best you don't eat the Crest that's laden with it. 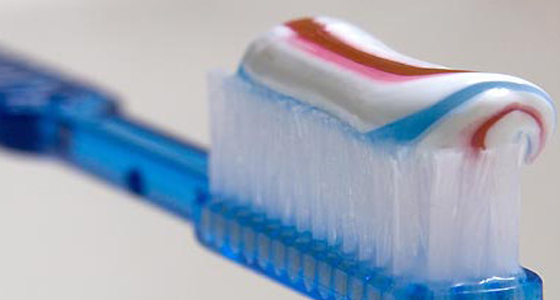 Acetylsalicylic acid. That, kids, is the scientific name for good old Aspirin. But what could corn possibly have to do with America's favorite pain reliever? Well, it's really not just Aspirin that has it. In fact, not even all Aspirin pills have it, because the corn is found in the coating that helps us humans gulp it down. Its really hard to pronounce name is Cellulose acetate phthalate, or just CAP, and its job is to keep all the meds inside the capsule for both ease in swallowing and for time release, so it doesn't just go off in our throats. Oddly enough, the cellulose-based polymer is almost completely resistant to stomach acid, but will break down regularly in the intestines. I guess this explains why meds seem to take so long to friggin work! 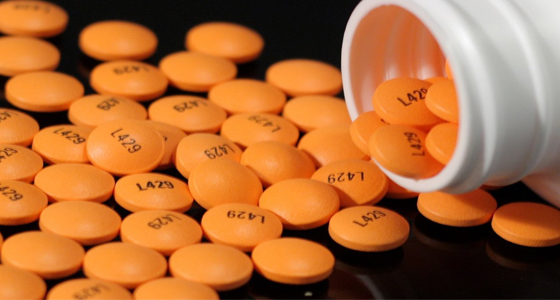 The next time you're elbow deep in a kid's crappy diaper, why not take a second to thank corn that his or her piss isn't dripping off every vertical surface in the room. Why? Because thanks to our friend corn, that superabsorbent layer layer with all of its gelling capabilities is made from, you guessed it... corn. Until the 1980s, strictly cellulose-based polymers were used in these types of absorbent materials, but now it's a little more complicated than that. Now, these compounds are made from, "the polymerization of acrylic acid blended with sodium hydroxide." But what's acrylic acid? Well, it's found in the ethylene, which just happens to be a plant hormone. Found in corn. Bingo. 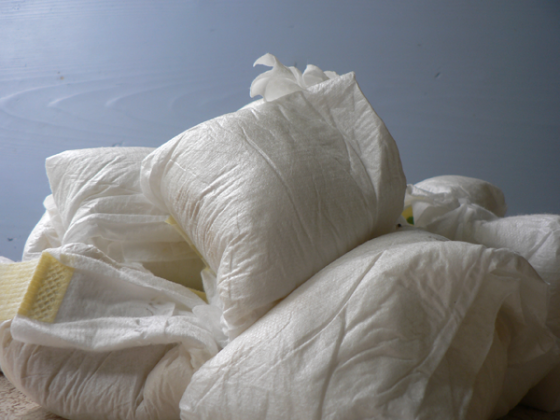 Okay. Tires? Seriously? Well... kind of. Much like many things that need to be molded and easily released (that sounded sexy), including jelly beans, licorice candies and some non-extruded plastics, tires are made via press creation. Rubber is pumped into a mold, the mold is opened and bam, tire! Okay, it's not that simple, but you get the basic idea. Anyway, in order for the hot rubber not to stick to the metal, powder cornstarch is used just before it's pumped in thereby making for a far easier, uh, release. Still sexy. Also, inside some synthetic rubbers is a compound we'll look at in the next one... 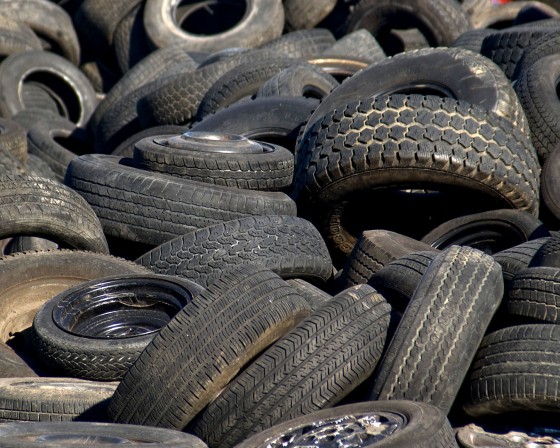 Not all paper is simply bleached wood pulp. There are variations in type that make specific papers better suited for specific applications. One style of coating is called a viscosifier, and it's made from styrene-butadiene latexes. Yeah, that's a ton of chemistry coming at you right there, so, basically, it's the butadiene we're concerned with since it is a byproduct of the steam-cracking process of ethylene. Which, as we all know, comes from corn. Hence, ethyl alcohol. Makes sense now, right? Yeah, well... clicking those links will help a little. But I've been looking at them all day, and I'm still just nodding and smiling. 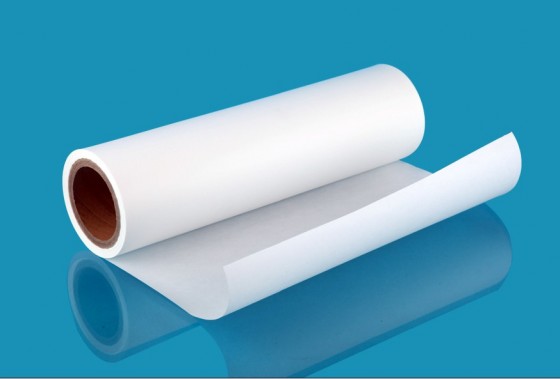