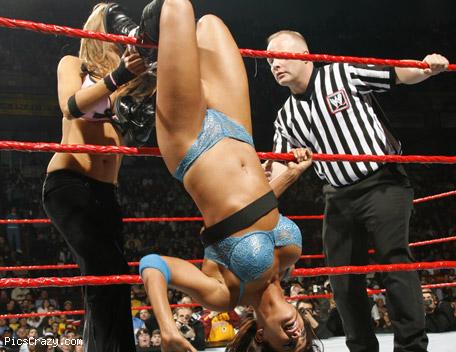 It seems like every other month, we’re hit with the news that another pro wrestler has died prematurely under dubious circumstances usually involving drugs and/or heart problems exacerbated by drugs. Most refer to this phenomenon as “the dark side of wrestling”, and it has been well-documented ever since being first uncovered in 2003 by HBO’s Real Sports With Bryant Gumble. No doubt, wrestling’s a tough biz that’s provided about as much melodrama outside the ring as entertainment inside it. Here’s a toast to some wrestlers who maybe some of us have been expecting to hear about being found in a hotel room in Tijuana with a bottle of anabolic steroids and some thousand island ranch dressing, but haven’t.

Roberts’ battles with drugs and alcohol are well-known among wrestling fans. By the looks of this video, dignity seems to have stripped Mr. Roberts of everything but his mullet and his mustache.

If this fall is any indication, Grimes might be both the least-known & craziest/ballsiest/most suicidal of anybody on this list. I’m pretty sure you could just send out a bunch of flyers about how you’re going to jump off a 50 ft. scaffolding, and people would pay to see just the same. No need to go through the extra nut-grabbing.

There really isn’t much to be said that hasn’t already been said about Foley’s in-ring exploits. Six concussions, a broken jaw, two broken noses, six broken ribs, second degree burns on his shoulders & arms, and over 300 stitches all across his upper-body. That’s not quite a night on the town with Chris Brown (thank you, thank you, I’m here all week), but damned if Foley didn’t try his best. Check out our 6Q Interview with Mick Foley.

The Warrior claims he hasn’t used steroids since they were banned by the WWE back in 1991. Right, because as my grandpa got older the veins in his biceps tripled in size, too.

From the looks of this video, Dudley’s specialty seems to be getting lifted over some dude’s head and tossed out of the ring like some kind of Druidic virgin sacrifice.

These two occupy the same space because they’ve both been taking slams to the mat and boots to the face since before any of us were born, and are still doing it. Sadly, as with Jake Roberts, dignity seems to be chipping away at their persons. Flair’s pimp-slap is so weak in this shoot he couldn’t even trick out my grandmother. Even worse, Hogan goes down and looks legitimately incapacitated.

New Jack is the guy throwing Vic Grimes off the scaffolding in video #4. On a totally unrelated note, he’s also a crazy bastard who’s not really a high-flying risk-taker so much as a guy who said “fuck it” a long time ago.

Let’s forget for a second his alleged suicide attempt and remember that he spent one night in China and lived to tell the tale. Here’s to you, X-Pac.