Gadgets > Toys > The Awesomeness of Lego

The Awesomeness of Lego 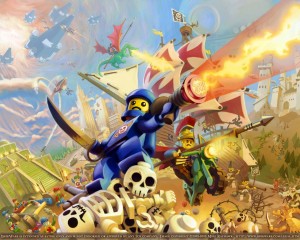 We do a fair amount of posts on women and the like on this site, but we’re not all about women. Here’s one post to prove it. It’s about Lego. You know, the toy you probably had a chance to play with at a young age. At least I hope you did, they are great fun. I was no exception. Hell, it’s in my name. It’s Zach and I’m a Lego Maniac.

How awesome are Lego? I’m reminded of the picture to the right. But you can also see some additional examples below. These pictures demonstrate that even as one grows up, it doesn’t mean one has to leave Lego behind. And the following are just some examples of what one can do with the great building blocks. Granted, these are some of the more ambitious projects. But it also shows that anything is possible. Maybe you’ll break out some Lego and set out on your own project. 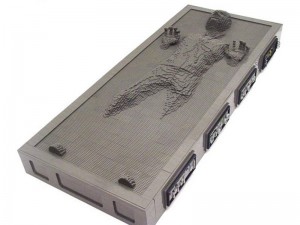 Created by Nathan Sawaya, a renowned brick artist, it is a life size replica of what you find in Star Wars. Or at least what you would have found, had you lived on Bespin or Tatooine. And who doesn’t love Star Wars? Totaling approximately 10,000 bricks, almost all of the dark gray variety, it took about three months to complete. Interested in finding out more? You can find more details and pictures of the creation over at brickartist.com. 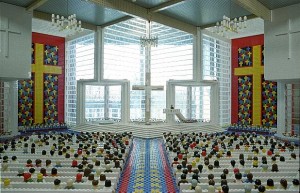 An impressive church made from more than 75,000 Lego pieces, it took about 18 months to plan, build and photograph. Actual size is about 7 feet by 5.5 feet by 2.5 feet. According to the builder it will seat 1,372 Lego people, has 3,976 windows, stairs to a balcony, restrooms, coat rooms, a baptistery, alter, pulpit, several mosaics, and an elaborate pipe organ. And there are a ton more pictures of the church over on amyhughes.org. 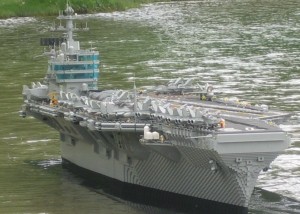 This awesome replica of CVN-75, the U.S.S. Harry S. Truman, was made by Malle Hawking. Spanning 5 meters (16.4 feet) long and 1.2 meters (3.9 feet) high, it contains over 200,000 bricks and weighs over 160 kilograms (352 pounds). But that’s not all! It has electric lights on the flight deck, in the hanger, and inside the aircraft, plus has movable elevators and radar dishes, and a motorized catapult! You can find more information on the year long project at The Brothers Brick. 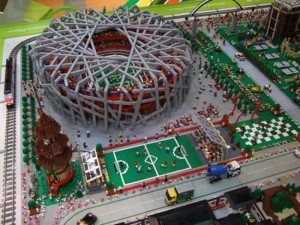 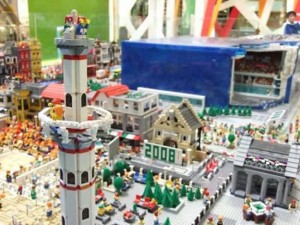 You can recreate an Olympic games with Lego, just look at what some sports enthusiasts managed to do. Complete with small scale replicas of venues such as the Bird’s Nest stadium and the Water Cube swimming center, plus it even contains the Olympic Village. Built in Hong Kong, it took more than 100 hours to complete. Plenty of photos are available at funnbee.com. 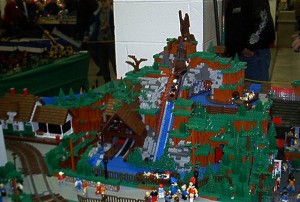 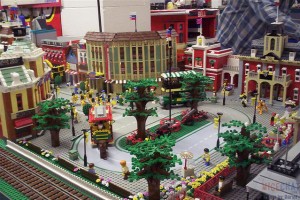 An incredible homage to Disneyland made out of Lego bricks. There are plenty of ride replicas, souvenir stands, and various people that you might encounter at Disneyland. This photo just scratches the surface, and you can find more of this Lego extravaganza at micechat.com. 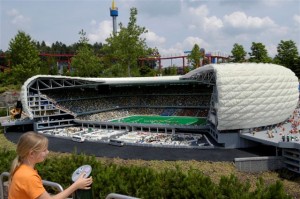 Home of Bayern Munich, this incredible mini-replica of Allianz Arena is complete with luxury suites, lighting, and thousands of fans. It’s at LegoLand out in California, and you can find plenty of photos over at TechEBlog.com. 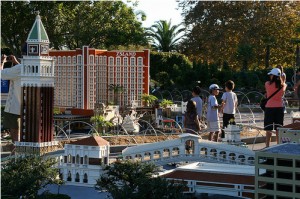 Again heading out to LegoLand California, we find a replica of the entire Las Vegas strip. It has casinos, hotels, and maybe even some ultra-fast marriages. You can find some of the landmark hotels like the Luxor, Treasure Island, Excalibur, and so forth over at haha.nu. 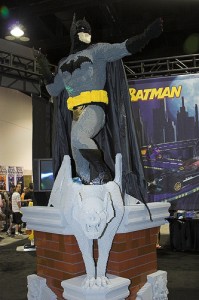 This one popped up at San Diego Comic-Con 2007, and as you can see it is a pretty cool rendition of the Batman. You can find a few other Comic-Con Lego sculptures, including several Star Wars characters over at greatwhitensark.com. 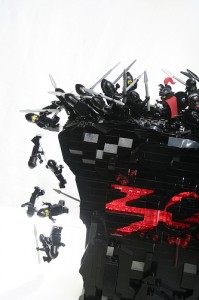 The famous scene from the movie 300, except done completely with Lego. Even the 300 logo is done in Lego. You can find some more photos over at Flickr. 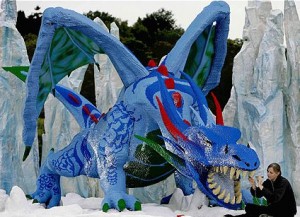 Katie Aldred spent 2,200 hours to build the world’s biggest Lego masterpiece, it’s a dragon that is 30 feet long and weight 2.7 tons. The entire dragon is made up of almost one million of Legos and the creation is found at LegoLand in Windsor, England.

Want to see some more great creations? Check out 20 more Lego Sculptures from the folks at Unreality Magazine.