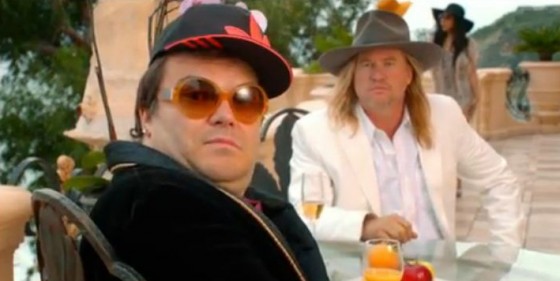 Feeling nostalgic for the late ’90s and 2000s? No? Too bad, because Jack Black and Kyle Gass’ fake but also real rock band Tenacious D is on the comeback trail. After being absent from the scene since 2008, the desperate for a career boost duo returned to the recording studio to lay down Rize of the Fenix (wacky spelling is so rock ‘n’ roll), the band’s eagerly awaited (????) third album. To help promote the May 15th release, Black and Gass made a short film detailing their downward spiral and return to prominence. It’s not LOL funny, but cameos from Val Kilmer and pal Dave Grohl make it watchable.