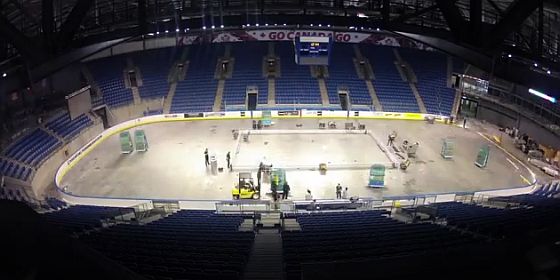 We’ve shown your time lapse videos of hockey rinks being constructed before, but this is the first tennis court conversion we’ve seen. The Thunderbird Arena at the University of British Columbia is to play host to a Davis Cup matchup between Canada and Spain this weekend, and the ice rink had to go. Over the course of a day they constructed stands, melted the ice, and laid down a temporary tennis court.