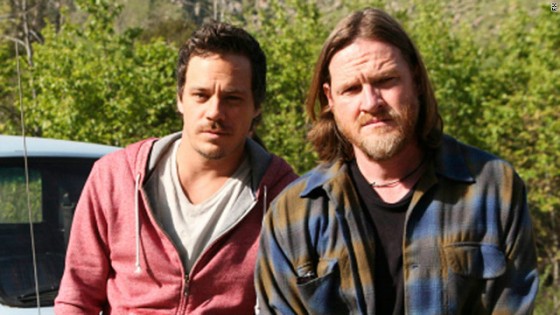 I am rarely bothered when TV shows I like get canceled. I understand it’s a business, even though I’m convinced the Nielsen ratings system is antiquated bullshit. That said, I was not happy after FX dumped Terriers in 2010.  It was a smart series with likeable characters and tremendous acting from Donal Logue, Michael Raymond-James, Laura Allen, Rockmond Dunbar and Karina Logue. I could’ve easily spent another 24 episodes with this bunch. Well, if creator Shawn Ryan has his way, a two-hour movie could be in the works. (Via TBI Vision)

“I’ve had friends who’ve raised money for indie movies through Kickstarter and I started to think that if you wanted to make a 2 hour movie that capped off that series, how would it cost to make it and would there be a way to raise the money via a combination of Netflix and Kickstarter, he said.

He added: “It’s a very nervous time in the TV industry because paradigms are changing but it’s also exciting because in the past the show would have been dead and gone and never to be revived but is there a way to do something.”

Ryan is right. Not having to rely on a traditional network is the key to resuscitating dead and buried shows. I’d still rather have another full season or two, but a wrap-up movie would definitely be the next best thing. And who knows, if Ryan’s plan comes to fruition, that long-awaited Cop Rock movie can’t be far off.