Most Terrifying Dish Money Can Buy

It’s Japanese, because of course it is. 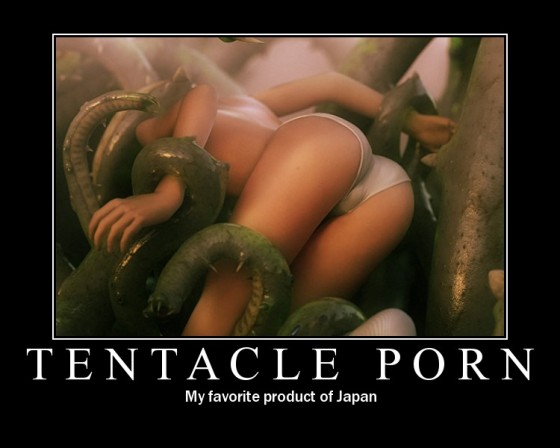 Japan is well know for sushi, however since this is the internet it’s equally as well known for being into some really, really weird shit. It was only a matter of time until somebody realized that they could combine these two things and create something that looks exactly like one of Cthulu’s turds, meet the dancing squid. 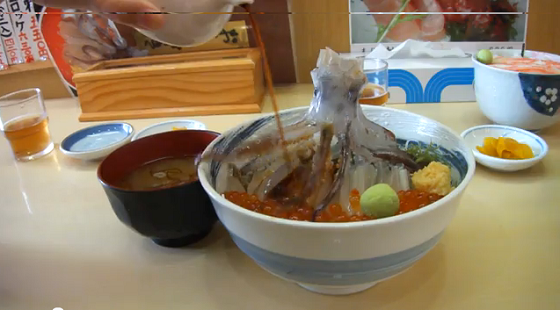 Although it looks like a pretty standard Japanese dish, albeit one with a whole fucking squid in it, it only become truly horrifying when you see it in motion.

If there’s one thing that’s guaranteed to put you off of your dinner, it’s seeing it flail in apparent agony and raise it’s many limbs to the cruel squid version of God when you try to season it. Just look at it, you can totally see the fear etched into its eyes as it pleads with you to not eat it, it probably has like 9 kids at home. Are you a monster? 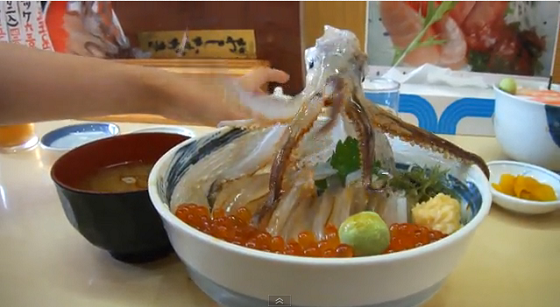 The dish works like so, sodium in soy sauce reacts with the squids legs creating small electrical impulses, which in turn cause the squid to lose its shit. So it’s stone dead, the terrified flailing you see is merely an involuntary reaction, there’s no need to feel guilty about eating this thing. Unless of course you’re weirded out by food that break dances and is also a squid.