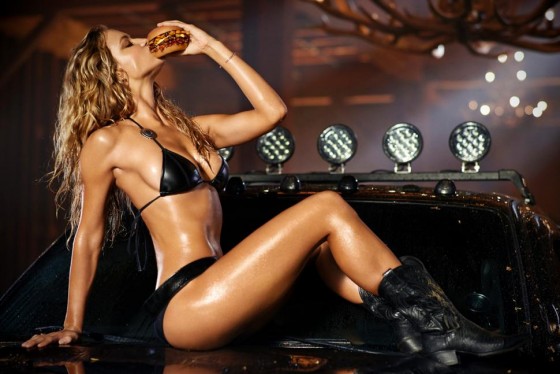 We’re suckers for a big Hardee’s Thickburger, but even more so for their advertising. Two years ago they brought the fire with Sarah Jean Underwood and Emily Ratajkowski introducing the Memphis BBQ burger, and this year they’re featuring stunner Hannah Ferguson with a Texas BBQ Thickburger. Technically Paris Hilton is briefly in the commercial too, but Hannah steals the show while washing her truck. Here is the extended version :