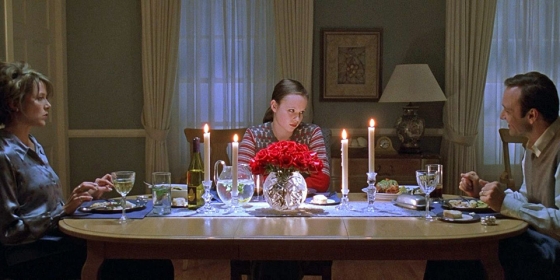 Thanksgiving is just a few days away! It’s the day we stuff our faces with heaps of carbs, starch and cholesterol while attempting to be civil with psychotic relatives whom under normal circumstances would never be allowed to set foot in our homes. If any one holiday puts the D in dysfunctional it would be Turkey Day. So, when you’re finished contributing to the ever-growing obesity statistics, kick back on the sofa and watch one of these ten movies that presents dysfunctional families in all their glory. They’re not really Thanksgiving movies, but they’ll make you feel a bit better about your own family at the end of a long day.

Denis Leary's cat burglar Gus picked the wrong couple to kidnap on Christmas eve. Evading the police is the least of his problems, because the Chasseur clan is severely fu*ked in the head. A stint in prison would feel like a vacation after enduring the constant bickering between Caroline and Lloyd. Toss in a henpecked brother, loudmouth sister-in-law, two bored kids and a shrew of a mother and what you have is a holiday you can can slit your wrists to. 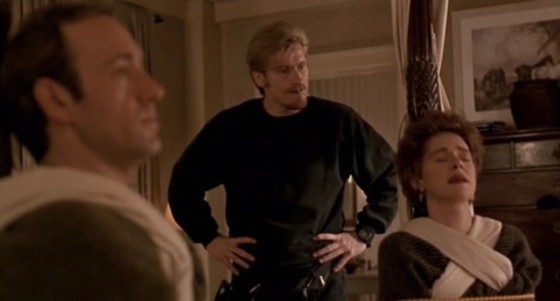 What do you get when a large family gathers at a remote country hotel to celebrate the patriarch's 60th birthday? Suicide, racism, and accusations of childhood sexual abuse, that's what. Those horrifying family skeletons have a way of putting a damper on the fun and frivolity. Oh well, it's nothing copious amounts of alcohol and years of therapy can't fix. 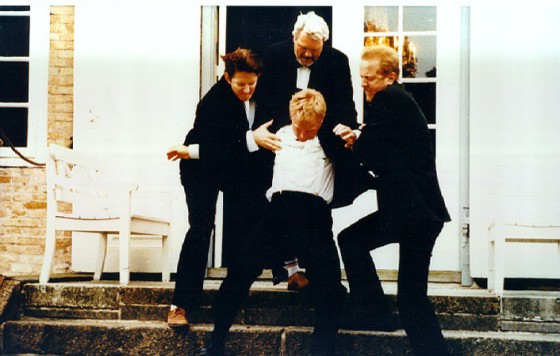 It really sucks when an insecure mother chooses an abusive prick to be her son's stepfather. It sucks even more when self-esteem challenged mommy refuses to kick the soulless asshole to the curb after discovering he enjoys using her beloved son as an emotional and physical punching bag. Such was the life of author Tobias Wolff, who managed to escape his maddening childhood and make something of himself. Yay for happy endings! 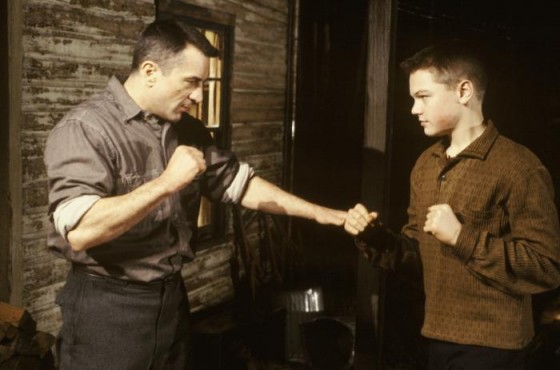 I dunno about you, but I hate it when my cross-country RV vacation is interrupted by a vicious clan of thieving cannibals. And to think I was upset over not packing extra sunblock. Papa Jupiter, Mars, Pluto, Mercury and Mama won't win any humanitarian awards, but they sure do know how to terrorize, rape and murder unsuspecting travelers. Safe to say, your annoying in-laws are a picnic by comparison. 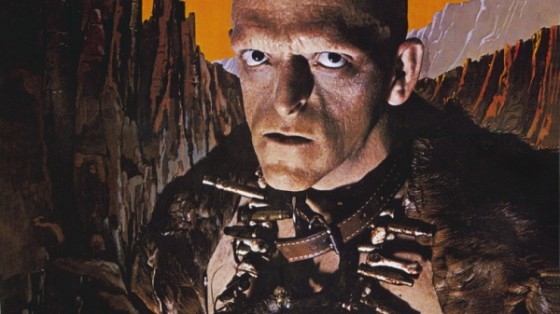 Leave it to a tragic sailing accident to ruin a perfectly good upper-middle-class suburban Chicago family. Sucks when that happens. Conrad blames himself for the death of his brother Buck, so he tries to kill himself, but can't even get that right. Loser. Anyway, his mom is an ice-cold bitch and his dad keeps emasculating him by calling him Connie. No wonder the poor kid hates himself. This is meant to be a respected piece of cinema, but I find its overbearing earnestness hysterical. 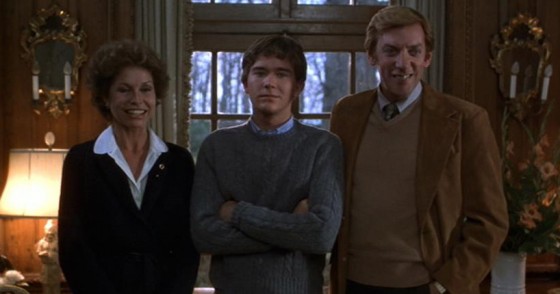 When your deadbeat mom overdoses on heroin, it's probably not a great idea to go live with your criminal grandma and her three felonious sons. But, beggars can't be choosers, so young Josh does just that and quickly finds himself embroiled in the cover up of murdered police officers by his ruthless uncles. If nothing else, Animal Kingdom serves as a ringing endorsement for foster care. 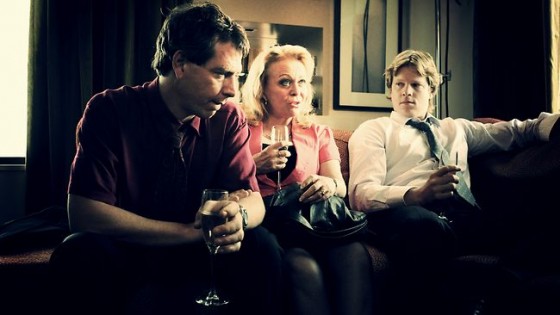 Infidelity. Statutory rape. Child abuse. Repressed homosexuality. Murder. This movie has something for everyone. Lester Burnham's midlife crisis is the catalyst for a series of absurd events that border on laughable. But it looks amazing... and beautiful. Ugh. This flick loses potency and relevance as each year passes, but it's still worth a watch. If for no other reason than to remind us that our awful families could be much worse. 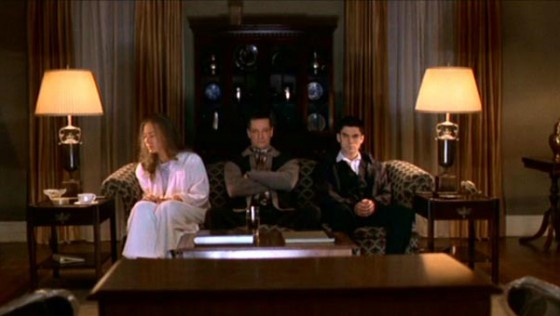 3. Before The Devil Knows You’re Dead

Andy needs cash to flee the country. Andy's younger brother Hank needs cash for child support. Luckily their parents own a jewelry store they can rob. Money problems solved. That is unless the holdup goes wrong, but robberies always go according to plan. Right? Oops. When all is said and done the Hanson family is left with two fewer members and a boatload of issues that will most assuredly cause tension at future reunions. 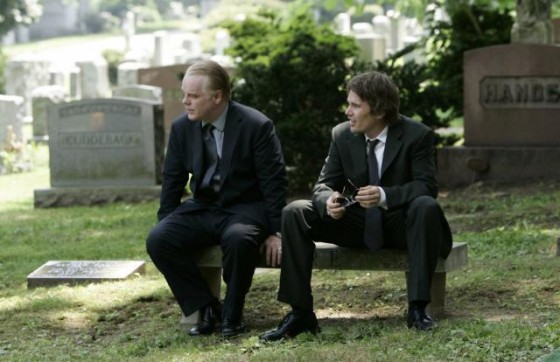 If Animal Kingdom is a thumbs up for foster care, White Oleander would be a big ol' thumbs down. Teenager Astrid Magnussen gets bounced around the system after her egotistical mother (Michelle Pfieffer) gets life in the pokey for poisoning her philandering boyfriend. Astrid's lineup of replacement parents includes an unstable stripper, a suicidal failed actress and a Russian slave driver. Don't worry, Astrid eventually overcomes her demons. 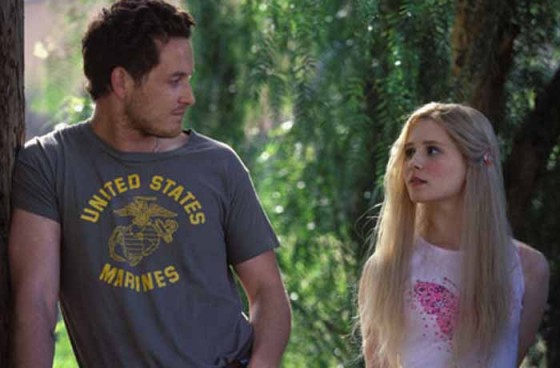 Nothing ruins family game night quite like incest. Things get nasty when Tom discovers his sister Jessie is being tutored by daddy in the ways of inappropriate father-daughter relationships. If only Tom had kept his mouth shut, he could've spared everyone a ton of agonizing grief and awkward dinner table conversation. Tattletales are the worst. I tell ya, kids today just can't keep a secret. 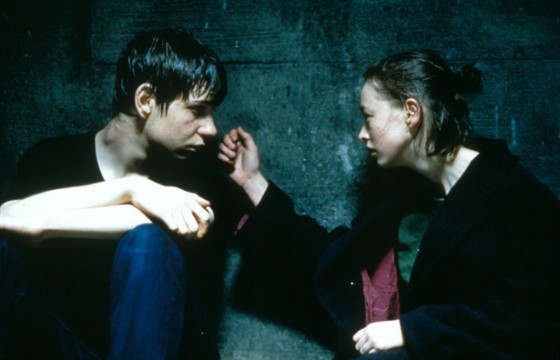