Sports > Hockey > That’s Not How a Goalie Works

That’s Not How a Goalie Works 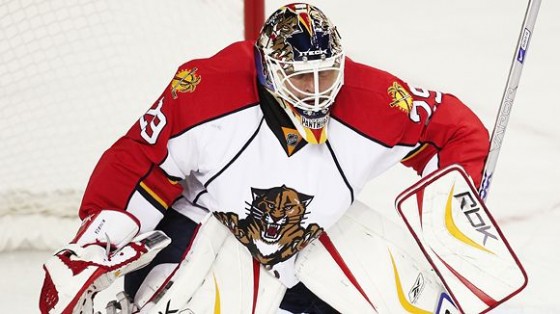 Even goalies, when blocking shots from nearly beyond three-quarters ice, aren’t always infallible. Even goalies like Tomas Vokoun. In fact, Thursday night marked one of those rare times when the Florida Panthers net-minder had his proverbial helmeted head up his proverbial padded ass. This, my fellow hockey fans, is an EPIC FAIL. Enjoy.

In fact, while we’re at it, here’s a few more little goal tender flubs that keep us either laughing or weeping each and every time we see them.

Not sure who this is, but he’s obviously not going to win any games for his team.

Oh Toskala, you’re even this rotten in NHL ’07 for the PSP! Funny cuz it’s true!

Looks like Vokoun got his lessons from the Golden Gophers.

Here’s a Ten Pack for ya.