Sports > Other > The 10 Most Hated People at the Gym

The 10 Most Hated People at the Gym

Presented by : The Ultimate Hatelist

If you are well versed in the cultural phenomenon occurring within American fitness centers, then you are already aware that there are some strange characters in those places. Here are the top ten worst. 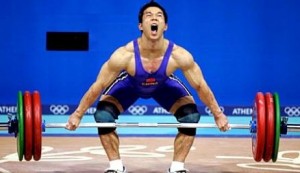 9. The Girl Who Can Kick Your Ass 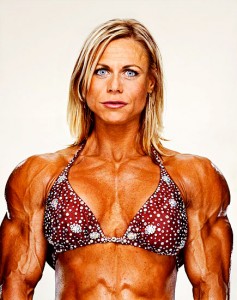 You always have to make sure she’s distracted by hitting on one of the huge trainers before you start your reps. This way she won’t be able to laugh at you. No normal guy really wants to a bang a chick that can kick their ass anyways. They already possess the mental powers of persuasion and irrational logic. With the addition of hulk strength your penis becomes officially just for show. 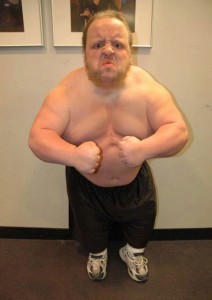 The guy who can’t grow past 5’5″ makes up for it by growing outward. Frenetically insecure, the steroids he’s probably on make him very emotionally unstable. If you watch him do sets you can hear his screams of pent-up rage as the weights go up. This is then followed by intense crying of Maury Povich proportions as the weights come down. He is most likely wearing a lacrosse jersey or something made by Abercrombie. Either way it won’t have sleeves. 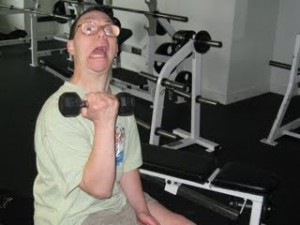 This guy stands there with the bright red eight pound Fisher Price dumbbells and spins them in circles over his head at random. This guy clearly has no idea what he is doing. He is a danger to himself and everyone in the gym and probably won’t ever see results. But he will hop on a machine right after you to try and imitate what you were just doing. After four reps of doing it wrong he’ll give up and try to copy someone else and experience the same outcome. He will eventually figure out how to do the chest machine that is generally only found in the workout room of a Best Western before he goes into the spin room to do eight jumping jacks and 15 jump ropes. For some reason this guy almost always wears glasses. 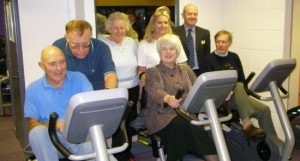 Fully equipped with his bright white Saucony sneakers and a pair of khakis, this old man is ready to do what he calls “working out.” He will sit on the arm bike, with or without an oxygen tank, shooting out looks that can make any young man feel guilty for being young.

5. The Girl Who Just Hangs Out 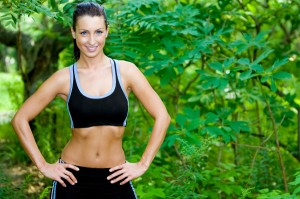 When these girls grow tired of their regular routine of not eating, they head to the gym. Usually gathered by the smoothie bar, or at worst a Vitamin Water vending machine, these girls mostly love to exercise their credit cards. Like the majority of women they consider exercising carrying around the six dresses from their ‘maybe’ pile at Saks for 30 minutes. They use the gym as an excuse to dress up in their cute gym outfits, check out boys and of course make all their other friends feel bad about themselves by telling them how long they were at gym for.

For hates 1- 4 check out the full list at The Ultimate Hatelist.