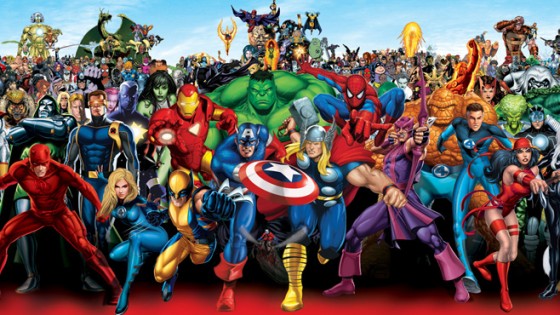 Superheroes. There are many names that come to mind when someone says ‘Superheroes’. Hulk Hogan, Ted Nugent, Geddy Lee, Tom Brokaw… the list is invariably endless. But let’s pretend we’re talking about fictional, comic-book superheroes and stop staring up gleefully at our posters of President Polk. Comic book superheroes are roughly a dime a dozen and encompass countless different and varying books, so you could, were you to swing a dead cat, hit one on every pass. But, be that as it may, there are still only a few that actually stand out as ‘Iconic’ superheroes. There is but a small portion of stalwart do-gooders who really step to the forefront as classic, historic examples of tried and true heroes of comicdom, and here are enough to fill a donut box. 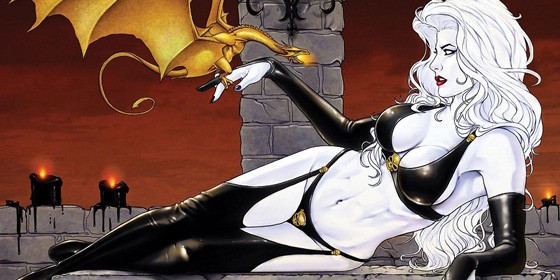 Lady Death (nee Hope) first originated as the sexy and violent villain that was perceived as almost a hallucination by the boy, Ernest Fairchild. With a cruel and devious smile, she promised to “love Ernie forever”, well, in exchange for his loyalty. That loyalty was to kill everyone on earth (of course). In the beginning, she had no real purpose or personal story except to be the eye-candy for Evil Ernie’s comic book, and she was just seen as the evil sadistic woman who would always lead Evil on towards a kiss or sex, and of course drive him to kill. But as the story progressed, Lady Death detached herself as the girlfriend of Evil Ernie, and began her own story. With the change, her personality changed dramatically from the sexual villain, to a full blown hero and the strength of Chaos! Comics. 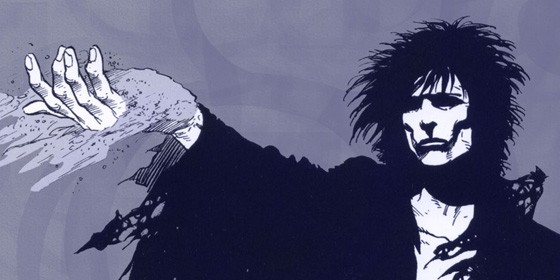 Morpheus (One of the seven Endless, inconceivably powerful beings older and greater than gods, Dream {Morpheus} is both lord and personification of all dreams and stories, all that is not in reality – Like dating Super-models) usually appears as a tall thin young man (Think Ziggy Stardust) with bone-white skin, black hair, and two distant stars looking out from the shadows where his eyes should be. Most often they are silver or white, but when he becomes angered, they have been known to turn red. With crisp stories and unbelievable artwork, both by Neil Gaiman, Dream has become a fan favorite for his basis in something far, yet tenuously connected to, reality. 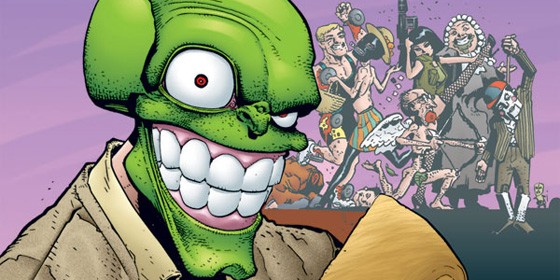 Donning his haunted, spirit-infused wooden mask, Stanley Ipkiss can act out everything in the less-used portion of his psyche. Sure, similar to the Hulk, his strength is generally only limited by his imagination, but as The Mask, Stanley can also create objects out of thin air and use them at will. How many times have you told yourself, “boy, I wish just for a day I could be someone I’m not so I could (fill in the blank).” Well, having the mystical mask, Ipkiss can do all of that and more. In all versions the story initially revolves around a magical mask which gives anyone who places it on their face nearly limitless power and an altered appearance, which is most characterized by a large set of teeth and green head. The capabilities of the Mask are entirely dependent upon its wearer and will often enhance the opposing attributes of said capabilities. 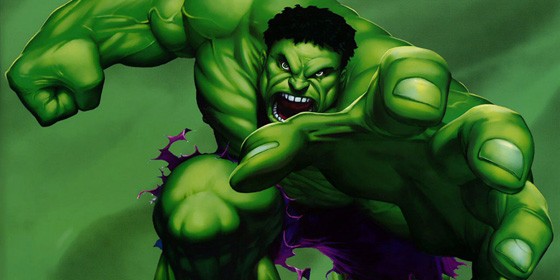 The ultimate in split-personalities, Bruce Banner is in constant struggle with his anger-induced other half. Witnessing the green monster’s utter destruction as he rampages through everything in his path is an exercise in the sheer realization that we normal readers wish we could do in our own reality. The Hulk illustrates what it could potentially be like to let our wanton irritability run our lives, and we love every second of it. 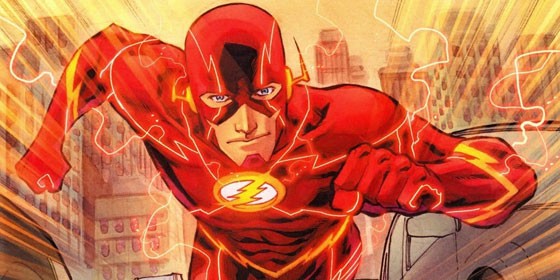 When asked what super power people would love to have, super speed has got to be on the list. The Flash possesses “super-speed,” which includes the ability to run and move extremely fast, use superhuman reflexes and seemingly violate certain Laws of Physics. Thus far, four different characters, each of whom somehow gained the power of “super-speed”, have assumed the identity of the Flash: Jay Garrick(1940-), Barry Allen(1956-1986), Wally West(1986-2006, 2007-), and Bart Allen(2006-2007). Everyone would love to do things throughout their daily routine just a little faster -like sex up that 20-dollar adulterous whore- and The Flash has that (well, maybe not that) down to a science. 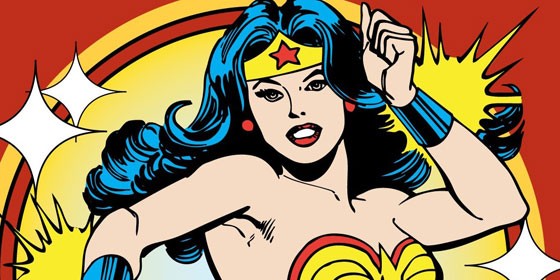 Though the demographic for female comic readers is slightly different for men, the Amazon goddess, Princess Diana is based on the Amazons of Greek Mythology and her name is reflective of the mythological character, Diana or Artemis. Her mother is Hippolyta, queen of the Amazons. When Diana leaves the Amazons to travel to the world outside, she is known as both Wonder Woman, and as Princess Diana. Originally drawn as an almost reflection of how women were perceived in the 50’s, Wonder Woman quickly morphed into the exceedingly powerful character of today, who can, in some instances, fuckin’ fly. Yeah, she’s basically Super Woman. 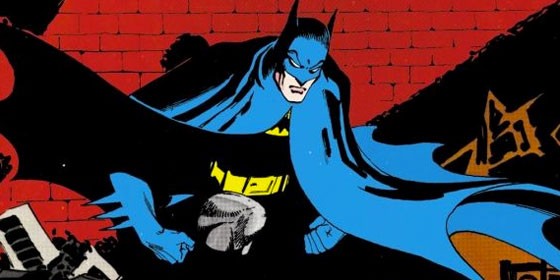 Vigilantism, vindication, skirting the boundaries between what is good and evil, thy name is Batman. Bruce Wayne takes what it is to spend one’s life searching for wrong doers and cranks it to the Nth degree. Once bent on hunting down the killer that slaughtered his parents right in front of his young eyes, Wayne has since sworn to protect Gotham City an its inhabitants doing what ever it takes… often times treading waters between super heroism and villainy. Who among us wouldn’t go to such extremes to protect those we’ve sworn to guard? Shit that’s beautiful . 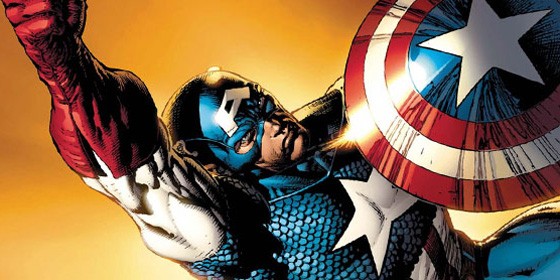 The personification of the very thing that makes us Americans, Captain America is an ageless superhero fighting for truth, justice, and the upholding of our way of life. While the term “Captain America” technically applies to whomever is chosen to wear the costume and given the Shield (the U.S. Government sees itself as “owning” the persona), for nearly all of the character’s publication history Captain America was the alter ego of Steve Rogers, a sickly young man who was given enhanced strength and reflexes by an experimental serum in order to aid the US war effort. Captain America wears a costume that utilizes an American Flag motif, and is armed with an indestructible shield that can be thrown as a weapon. And then, as it goes with fifty percent of all beloved comic characters, he was killed. For a while. Right. 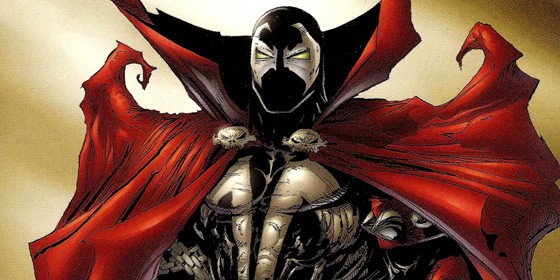 Though originally not necessarily known for its strong writing but more for the artwork of Marvel alum Todd McFarlane, Spawn leapt from the pages of the newly-formed Image Comics. The religion-heavy book began with a very superhero-like tone, much like McFarlane’s previous work, but the title character evolved into a more flawed anti-hero. The current book has skewed significantly darker than early issues would suggest. McFarlane attributes this to being a necessary part of development. Spawn launched the juggernaut, Image, along with other comics like The Savage Dragon, Wild CATS, and Pitt putting the ‘new kid’ atop the comic heap for quite some time. The heap was only stable for a few years, however, and you can blame Rob Leifeld for much of that since he was such a terrible, terrible artist who couldn’t draw feet. Jackass. 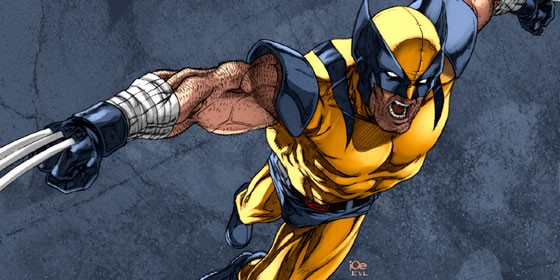 Perhaps leading comicdom’s most skewed and far-reaching origins, Logan has rapidly become one of the biz’s most reliable and exciting heroes. Often times more feral than man, Wolverine began his storied past as a wild vigilante in the Canadian wilderness where he met the Hulk. From that point, to his eventual long-running tenure as a member of The X-Men, Wolvie has become a masthead of the Marvel family. Pissy attitude, who-cares demeanor, and just damn cool weaponry, Wolverine shows little sign of wearing out his welcome. Well, to a certain extent, anyway, since as it seems now, he actually is part animal with some kind of lupine spirit guide. What next, for crap sakes? 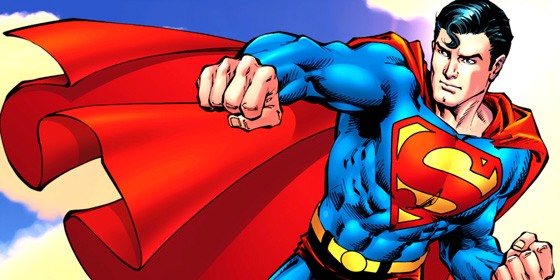 Ask anyone to name a comic book hero, and I’d be willing to bet that most everyone will mention Superman. Hailing from the devastated world of Krypton, Kal-El found Earth’s yellow sun to be just what the doctor ordered offering him nigh-invulnerability and a host of other super powers. As Clark Kent, he represents the milk-toast, work-a-day Metropolis man just trying to make it through a day, while as the iconic and wholly American Superman, he upholds the laws and order while defending the city from all comers. Superman is a hero most can strive to be, but, until human flight sans machinery is attained, no one will. A hero through and through. Chalk old Supes here up to the list of heroes who’ve died and come back… stupidly. 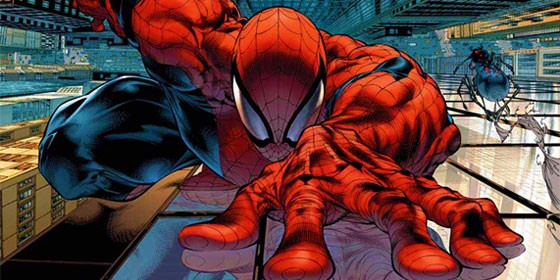 Often portrayed as everything Superman isn’t, Peter Parker is just an everyday, ordinary student with regular issues and typical problems. Seemingly thrown into the hero roll once bitten by the radioactive spider, Parker needs every bit of strength it takes just to juggle a school career, a photography job, and a shaky love life, and the onslaught of villains all bent on causing Spider-Man’s extinction. Due to his ability to fit more snugly into a real-world environment and represent a mortal human’s struggles and routines, Spider Man is the number one comic icon. However, be all that is it may, Spider-Man has also been chucked into shitty writing time and again (Scarlet Spider, anyone?) and falls prey, just like the rest, to too many creative hands in the pot.