The 15 Finest Fathers From Sit-Coms 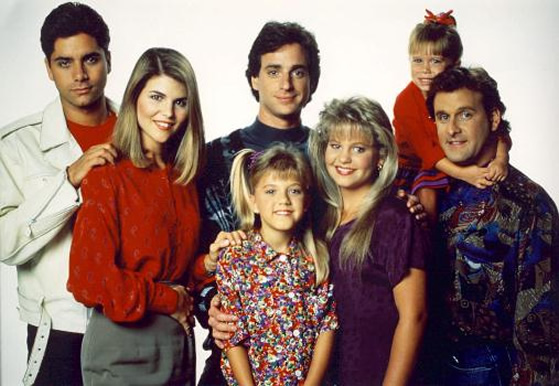 Though the mother always seemed to initiate the life lessons and often brought dad up to speed on the goings on with the family while he was away, it was always the patriarchal figure that ultimately sat the kid down and gave him the nice, calm lectures and hugged it out at the end. The dad was strong, never to domineering, and most often the comic relief… of the parents, anyway. The dads were the people kids like me looked up to while I was blankly staring at the screen while a divorce went on behind me, but that’s neither here nor there. I digress. Here are the top 15 fathers sit-coms had to offer. Oh, right: none of these are from cartoons and not animated. Got it? So, hopefully you read this because otherwise I could pretty much say anything up here like, “this list contains no hamburgers or rakes” and most of you wouldn’t even know I said it. Anyway, no Homer, Peter, or Fred. So don’t ask.

I always preferred Ilene Graff over just about any other mother in the sit-com universe. If you have the tenacity to put up with Bob Uecker as a husband, I salute you, Ma’am.

I’m not sure why, but I was always a little uncomfortable watching this show. I think, however cute he may have been, Emmanuel Lewis scared me just a little bit. Like he could slide out from under my bed and slash my feet up like Gage from Pet Semetary.

I have to nominate Benji Gregory for cutest comedy kid ever. Man, just oozing with sticky child-like charm, that one. Anyway, I’m fairly certain Willie was the most overly neurotic father by far. Perhaps it was because he had a cat-eating alien living in his house, but something tells me there was more to it than that.

XI
Bill Kirchenbauer as Graham Lubbock
Just the Ten of Us

Ya got eight kids, seven of which are female, and three of those are smokin’ hot. What is a dad to do? Well, It helps to be bat-shit crazy and completely frayed at sanity’s seams. Oh, and being a coach at a Catholic school doesn’t help either.

You’re a lonely, temperamental old coot living by yourself when suddenly some impish ragamuffin drops by your door with a mangy mutt in tow. Now what? Well, you do what any non-pedophile would do and take her in as your own like some kind of bizarre lost doll! Also weren’t you on Police Academy?

Wow. Just from the opening alone it looks almost as though Mr. Drummond had a limo full of candy and those two future hooligans just couldn’t wait to get inside. I know, I know, that wasn’t what happened at all, but you have to admit it screams uncomfortable.

The dude had a damn train in his house. ‘Nuff said.

Listening to Alan Thicke talk to Kirk Cameron’s friend, Boner, was delightful. Especially when he actually called him Boner. Gold.

Steven Keaton: Hippie past, staunch Democrat versus Alex Keaton: Business attire, staunch Republican. This show was a lesson in politics.

Boy, with a title like that you’d almost think it to be true, but I absolutely abhorred this show. I think it was because of Ray himself. Everyone else was cool: Brad Garrett, Doris Roberts… the genius of Peter Boyle… heck, I’d even bang Patricia Heaton! I just didn’t like Ray. Oh well, everyone else seems to love him, so here he is.

IV
Carroll O’Connor as Archie Bunker
All in the Family

Crass? Check. Racist? Hell yeah. Loud-mouthed malcontent? Yep. Archie Bunker was TV’s first asshole dad and he made sure everyone knew it from Edith to Meathead to the audience watching. And he was hilarious doing it.

Almost the antithesis of Archie, Cliff was kind, generous, overtly wealthy, and more or less tolerant of everyone. Also he wore the loudest sweaters ever to grace the small screen. Awesome.

I had no idea that originally some other schmoe was supposed to play Bob Saget’s role! I know that things can change dramatically after a pilot to a show airs, but why not get Saget at the get-go? He was what made this show tolerable for what little of it I watched. I love bob Saget and he honestly reminds me of my own dad, just a bit. Anyway, I guess I missed the original episode, but thank goodness they snagged Saget, that’s all I have to say.

I
Ed O’Neill as Al Bundy
Married… With Children

Here he is, folks! The epitome of true-to-life fatherhood… well, for the most part. His wife Peg was a useless tramp, his daughter Kelly was… um, a useless tramp only blond and significantly stupider, and his son, Bud, was just useless. See? Pretty much everyone’s family in one way or another, right? It really was the All-American family and an allegory for life as a whole. But way funnier.