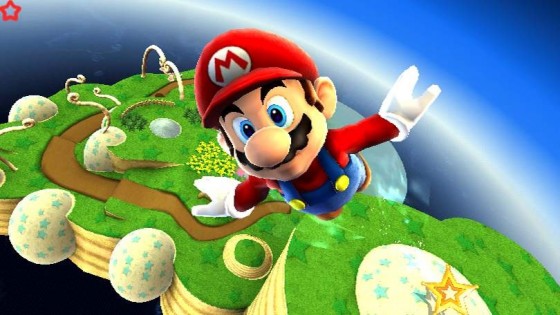 Before the most recent battle between X-Box, the Nintendo Wii, and the Playstation 3, we had their collective predecessors vying for first purchase on the store shelves. Sure, the Nintendo and its myriad re-boots was most often the system to beat, Sega and the original Playstation each had their own combatants in the ring, as well. But it certainly wasn’t always the system that came out on top (though by proxy, it was that very system which played the winning games), it was the games themselves. Games, in turn, spawned icons and icons became the characters by which franchises were made, and, sometimes, destroyed. We knew that, for instance, when a new Mario game arrived, it would be a huge draw and, subsequently, the very game to have at any costs. The following fifteen characters were, and many still are, hugely popular for the rapidly growing home consoles. None of them really show any signs of slowing down, either.

Pac-Man has been around almost as long as the video game itself. Obviously making his debut as a table-top style arcade, Pac-Man went on to spawn everything from cereal to a Saturday Morning cartoon. His place is firmly seated at the opening of our list here.

Really starting the ‘bloody’ video game craze, or at the very least nudging it into a more wide audience, Mortal Kombat was a huge hit from the arcade scene and as it leaped to the Sega Genesis console featuring its ‘Blood Code’, everyone latched on and never let go. As for the Super Nintendo… well that took a little longer to adopt the gore, but it, too, eventually came around.

From nearly the moment the original trilogy hit the screen, Star Wars took the video game scene by storm. Every game features usable characters ranging from Jedi to Stormtroopers, and each one a completely different playable area and game style. Prefer building your ranks and taking on the Force? You can do that. Feel like exploring the worlds constructed from Lego bricks? Yep. Some of the most fun games around feature all your favorites from the Star Wars Galaxy.

Never before or since has crossing a busy highway or treacherous bog been so much fun. Operating a fast-paced frog who wants nothing more than to make it to the other side, Frogger offers up some high tension, adrenaline-fused excitement, and a fare number of equally as impressive sequels.

This seemingly innocuous ‘clone’ of Mortal Kombat is anything but. For one thing, it hit the video game scene first and truly began the one-on-one platform fighting game. Sure, there wasn’t nearly as much blood or organ removal as its successor, but it was still just as exciting and even spread to other combination games including acquiring such tie-ins as Marvel characters. A great fighting game all around.

From its meager, yet explosive beginnings (think Noisy Cricket) to his life without the supporting protagonist called Mario, Donkey Kong has gone on to much bigger and better things. Donky Kong Country and its sequels for one and more. These games brought on board some of Kong’s many relatives such as his boy Diddy. Also, he’s made appearances in Mario Kart racing and many other games as well.

Remember at the end of the original Metroid when you’d finally made it past Kraid, Ridley, and Mother Brain and you sat back with a shuddering sigh only to be blown completely away by the fact that the helmet-less and jump-suit-free Samus was a WOMAN! Yeah, so do I. But, once the excitement wore off, plenty more sequels had flooded the market vastly improving on an otherwise great game to begin with. Awesome.

Arriving on the scene right around the same time as the classic Dragon warrior series, Final Fantasy capitalized on the turn-based battle set-up and ran away with the ball. Playing through these epic games was an exercise in pacing and time management or else you could potentially spend hours sucking down highly-caffeinated pop and pinning your eyelids open with tape. Or, that was just me. Great games indeed.

Ever wanted to suck up a bunch of stuff into your mouth and blow out something else all together? Well, Kirby certainly knows how and operating this little flying puff-ball is not only highly addicting, but nearly harmless to young and old alike. Oh sure, he’s made appearances in other games featuring his more violent side (Super Smash Brothers), but all in all, he’s done just fine hurling wads of pre-chewed fun.

Mixing equal parts staunch cop drama with gut-wrenching zombie movie, Resident Evil basically began the thriller video game franchise. Oh sure, many before it attempted to scare us, but most of the previous tries failed because everything was always either just off screen or else far too in your face to really fit into reality. So, using the point-on perspective that turned out to be a far better tool than first-person for this particular game, Resident Evil began, and continues to this day, scaring the pants off us players.

Up, Up, Down, Down, Left, Right, Left, Right, B A Start. Any gamer worth his or her salt knows the Konami Code like the back of their hands. This was the rapidly-typed in cheat that offered you, the Rambo-esque warrior thirty lives so when the inevitable time came when your partner outran you and you were knocked into the water, it was no big deal. Oh Contra, how many hours did I spend neath your warm glow and surrounded by your nearly orchestral music? Hundreds, literally hundreds. Such a fun game and rated by several knowing sources as perhaps the most difficult to beat. I see no real reason to believe otherwise.

Aside from the abhorrent version for the Nintendo 64, Castlevania is perhaps one of the most persistently fantastic games of all time with a different one for nearly every console. Many people’s favorite came out for the Playstation and was just recently re-released for the PSP, but for my money I’ll take the line-up offered for the Game Boys. Just so playable and so very difficult, yet never skimping on the fun factor to sacrifice for impossibility. Oh, and who can possibly say no to slaying Dracula nearly each and every time?

Yet another in the many games to spawn everything from canned pasta to fruit snacks, this hyper-quick spiked critter was the flagship for the Sega system in each or its incarnations and did a respectable job of giving the mustachioed plumber a run for his money for a time, as well. Sonic, in contrast, spun around like a coked-up loon lusting after golden rings as opposed to golden coins, but the basic platform structure was primarily the same albeit with more loop-the-loops and ramps along the way. Snatched up not too long ago by Nintendo, Sonic now does one-on-one battle with his one-time nemesis.

If you haven’t at least played one of the Legend of Zelda games over the years, I pity you oh so very much. Link and his attempts to rid the world of Hyrule of evil while simultaneously eradicating the sinister Gannon and saving the comely Princess Zelda (whew!) have been around since the early days of the Nintendo system. One of the greatest games ever to hit the console, Zelda -as you can see from the above time line- has never ceased creating interesting and equally as exciting sequels, prequels, and side-quests. Link, the omnipresent hero, shows no sign of ever slowing down as long as Zelda keeps finding herself in trouble.

If Mario’s recognition has not yet reached the heights of such famous faces as Mickey Mouse or Ronald McDonald, the iconoclastic comparisons can not be far off. Mario is easily the first name that pops into more people heads when the words ‘video game’ are spoken. Mario is to the home console -namely the Nintendo- what Jesus is to Christianity, and i don’t believe that’s overstating it one bit. Launching several incarnations for the original Nintendo home system alone, Mario has gone on to produce more sequel and stand-alones than any other video game icon in history. Now that’s a lofty achievement for a lowly plumber who used to jump barrels for a living.

Gunaxin is proud to be teaming with GameStop for their “Season’s Tweetings” Promotion. Every day up until December 31st, there will be a different grand prize which gives you 28 opportunities to win! 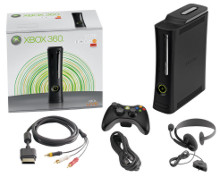 To enter, follow the GameStop Twitter page and follow the rules of the daily contest. Some will include a re-tweet, a reply or a scavenger hunt. Remember to include the hashtag #seasonstweetings or your hard work won’t count! There will be two tweets a day about the daily sweepstakes at 10am EST and 1pm EST.