In case you’ve been living under a rock and hadn’t heard the news, one of the most brilliant and debated shows of the past decade is coming to a conclusion in 2010, starting with a two hour season premiere tonight.

And for us diehard Lostaways who have been watching from the beginning, we’ll finally have the answers we’ve been so desperately waiting for, like what’s the deal with the smoke monster?  Who the hell is Jacob?  Does he have a ladder?  A chute, perhaps?  And how the hell do the women keep their legs and armpits so neatly groomed despite not having razors?  Why is Charlie such a tool?

With that in mind, we want to help get you primed for the premiere and this final season of one of our favorite shows, with the hopes that somehow Evangeline Lilly will wind up in her underwear for the duration of the season. 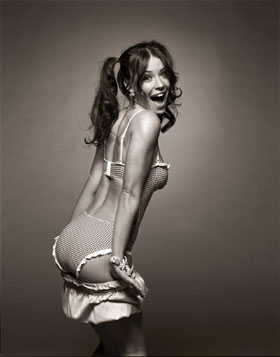 So without further ado, here are five of our favorite Lost inspired videos from the wonderful, terrifying world of YouTube:

(Part 1 of a series of 10 brilliant episodes)