The Five Most Dubious Sexual Accomplishments 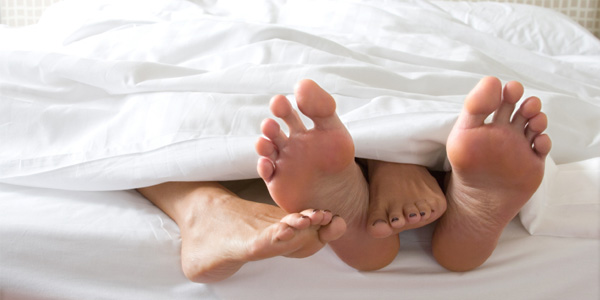 We all know someone who likes to brag about their sexual achievements. Everyone exaggerates of course; that cute girl your friend talked to at the bar for a bit will actually be twin Swedish supermodels he took back to his place for a night of debauchery when he’s telling the story. But once and awhile you meet someone whose accomplishments are actually worth bragging about, and that’s cool. Unfortunately, it turns out that there’s a fine line between sexual achievements that are worth celebrating and ones that are just disturbing.

A Russian Woman Lifts Weights with her Vagina

We don’t claim to understand how vaginas work; frankly, we don’t want to know. It would ruin the magic. But if there’s one thing we are sure about it’s that they shouldn’t be used for weight lifting. Don’t tell that to 42 year old Tatiana Kozhevnikova though, because she’s been exercising her lady parts for the past 15 years in order to give them a vicelike grip. She’s now strong enough to be able to lift 31 pounds, which earned her a Guinness Record for the woman with the strongest vagina. Incidentally, we’re calling the rights for a superhero based on that power.

Kozhevnikova claimed she was inspired to pursue this feat after giving birth to her first child. Apparently that joyous occasion left her “intimate muscles unbelievably weak.” So she did what any woman would do in that situation; jam a bunch of glass balls all up in there and hope for the best. 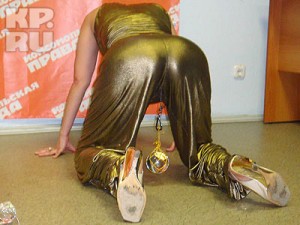 OK, so we admit that there’s nothing wrong with wanting to recover your health after the very difficult activity of giving birth, even if the method was rather unorthodox. But we don’t think that recovery takes 15 years, and you certainly don’t need to be able to lift 31 pounds. Sure, that may not sound like a lot of weight. Hell, even scrawny Internet comedy writers can lift that much, although only once a day. But when it’s being done with your crotch, well, suddenly it’s a pretty intimidating amount. It’s not very practical either; unless you can reach the point of being able to overturn crashed cars with your throbbing erection it might be more productive to stick to traditional exercise methods.

A Moroccan Sultan Sires an Army of Children

Ismail Ibn Sharif was the second sultan of Morocco under the Alaouite dynasty. He ruled the kingdom from 1672 to 1727, and became one of the most famous and popular figures in Moroccan history. He’s a fascinating figure, but for our purposes all you need to know is that he wasn’t a fan of contraceptives, because during his lifetime he pumped out a grand total of 867 children. That’s generally believed to be the world record, and while details are sketchy let’s hope it was with a large variety of women rather than a dozen or so very unfortunate ladies. 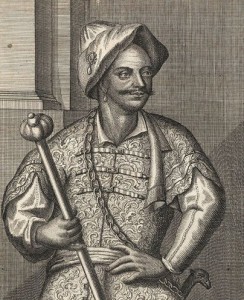 There’s a 10% chance of being impregnated by Sharif just by looking at his portrait.

He produced roughly 16 children a year, assuming he was only busy during his 55 year reign. Now, unless he was batting 1.000 that’s a lot of sex. A lot of sex. Specifically, it’s estimated he needed to have sex at a rate of 1.2 times per day to make all those babies. There’s a word for that: heroic.

Now sure, if you were an upper class man in the 17th and 18th century raising your kids didn’t involve much more than giving them a name and maybe telling them which end of a sword is used for stabbing. But still, didn’t anyone ever suggest to Sharif that he was being a little excessive? What the hell do you even do with 867 kids anyway? Go on camping trips that take months to plan? Form your own Little League? Count them when you’re having trouble falling asleep?

The worst part is that Father’s Day didn’t exist yet, so Sharif’s brood probably didn’t give much back to him. Oh sure, there’s the joy of fatherhood and all that, and statistically speaking at least some of them must have been loving children. But that’s offset by the fact he probably had to raise taxes just to make sure they were all cared for. 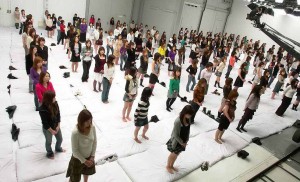 The camera crane doesn’t really help the mood much either.

If you want to judge for yourself the event was expertly photographed and filmed (link NSFW), and for a mere 40 dollars you can get a DVD, letting you bring the experience of production line boning into your living room. It’s the perfect gift for any occasion, so we’ve already ordered a ton of copies to take care of Christmas. Oh, and trust us, it makes a great anniversary present. 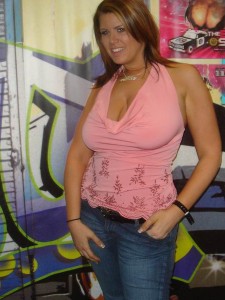 We mean they all had sex with the same woman.

That’s Lisa Sparxxx, noted American pornographic actress. She had sex with 919 guys in a single day, setting a world record. Specifically, it occurred during Eroticon 2004, a Polish convention that celebrates exactly what its title suggests. This wasn’t just some publicity stunt either; the coveted “World Gang Bang Record” had changed “hands” back in 2002 and 2003, when the number reached was 646 and 759, respectively.

We’re not going to judge what Lisa accomplished, because what goes on between her and 919 consenting men is none of our business. Besides, if it was a man doing hundreds of women in a day we’d probably be nominating him for the Nobel Prize, so it’s only fair that we congratulate Mrs. Sparxxx on her record. But thinking about the logistics of this achievement is enough to make us question the prestige of this vaunted title. We don’t want to get too graphic, but we know we can all imagine what a messy event this must have been, especially when they started to get into the upper hundreds. The first couple of guys might have enjoyed themselves, but by the time Mr. 919’s turn rolled around he couldn’t have been feeling anything other than a grim sense of determination (like throwing a hot dog down a hallway, in other words. – ed.). We don’t know where all these male volunteers came from, but we do have to wonder what drove them to line up for what must have been an incredibly awkward experience.

Some Japanese Guy Jerks Off for Ten Hours 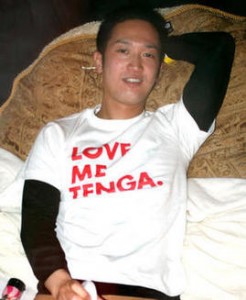 But those are mysteries for another horrifying day. As for Sato, well, he appears to be so proud of his record that we almost feel bad about making fun of him. After all, we all imagine growing up to have a career doing something we loved as children, so in many ways he’s just living out a dream every boy had. Seriously though, ten hours? Very few things in life are pleasant if done for ten hours in a row, and masturbating sure as hell isn’t one of them. There’s a reason Viagra comes with warnings about erections lasting longer than four hours, and while we don’t recommend trying this at home you have to suspect that you’re going to be in some pretty serious pain from a session that long. This is a textbook case of an activity that should be done for fun, not ruined by taking it too seriously. Besides, if we wanted to watch a championship that masturbatory we’d just follow the NBA Playoffs. Zing!