We would like to thank those people, both the dumb and smart. If not for them, we would not be able make this list, and therefore not make any money. 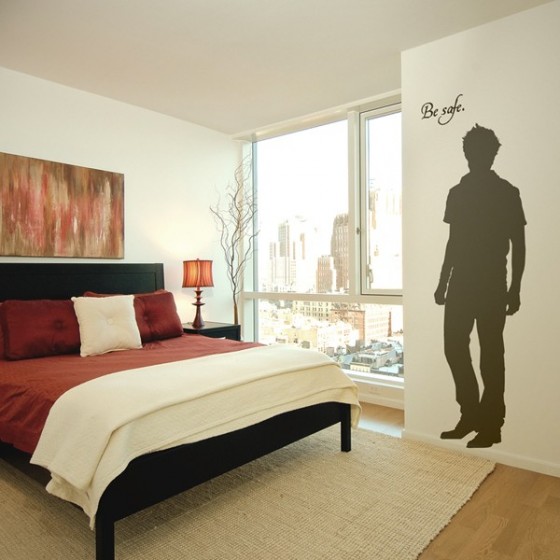 Before we go any further, here is the actual description of the product: “Let everyone know that you are a true Twilighter by giving Edward Cullen a home! Or you can keep him to yourself… put him on the back of your bedroom door so he can be intrigued while you sleep! He’ll be keeping an eye out for any roving carnivorous vampires searching for a snack, while reminding you to ‘Be Safe’.”

“Intrigued while you sleep?” That is some creepy stalker shit right there…so it actually fits perfectly Edward Cullen’s character, who watches Bella, the female protagonist, while she sleeps (drum roll please)… over a period of months. Before they actually start dating.

We’re not sure what’s worse: the creepy shadow of a stalker with the ominous “Be safe” warning, or the fact that this kind of thing appeals to girls. 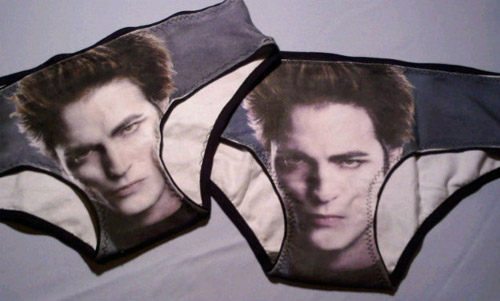 Alright, so a bunch of Twilight fans decided to make underwear with actor Rob Pattinson’s face on them. That’s a little weird, but it’s not like they’re being mass-produced or anything, so there’s no cause for alar-

“You undoubtedly have heard of the Pattinson Pants, well… I give you straight from my devious little mind your very own Robward panties. Complete with extra lining in the special places for those times when the fan fiction gets steamy and the lady bits start to react. Oh and I also added the images of Robward’s lips on the liner to help with those fantasies of having his mouth up against you… Enjoy!” 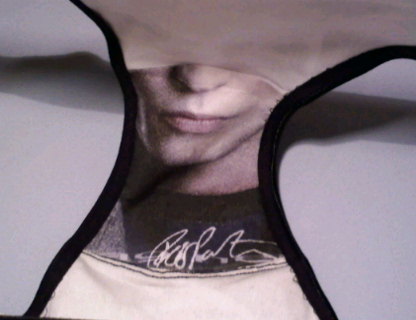 Thanks for ruining underwear in addition to books and movies, Twilight fans. 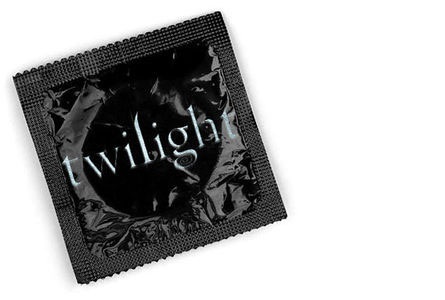 Let us make it clear that we have no idea what the actual condom looks like, and we have no clue as to who is making these, so it could be just a hoax. Still, we do not doubt the power of the internet or the stupidity of people, so for now, we will assume it is real.

As said before, we have no idea what it looks like, so the real humor comes from the fact that Twilight is basically about abstinence. So we have a product designed for sexual use that is aimed towards fans of a pro-abstinence novel/movie.

Near the end of the series, Bella and Edward settle down and have a kid. Someone decided to pay tribute to this by creating a felt womb that contains a felt fetus surrounded by what looks like pure evil.

If you’re feeling confused, here are some possible reactions to said felt womb:

– “Why is there a rotting Kiwi? Where’s the oh sweet holy fuck.”

While the “Succu Dry” doesn’t break any chastity vows like the condom, it makes the mistake of assuming that there are boys who read Twilight. It also comes in a can, so you wank off on the go. 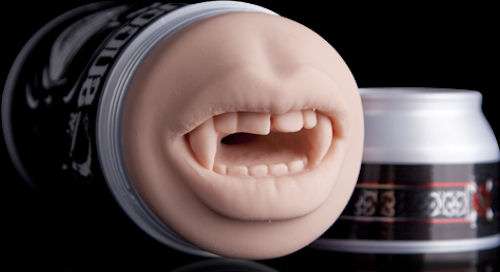 “Introducing Succu Dry Sex in a Can from Fleshlight, the world’s first vampire inspired sex toy for men. Take a walk on the dark side and get familiar with this pale brew. But be careful! Though this may feel like love at first bite, make sure you have wood poised to penetrate before you get completely drained!”

We get it, we get that we’re supposed to imagine that we’re boning a vampire with our hard wooden stake and such nonsense. What we don’t understand is why a vampire’s mouth/hoo-hah is apparently filled with spikes.

Apparently Stephanie Meyer isn’t the only person who doesn’t grasp the basic biology of a vampire. 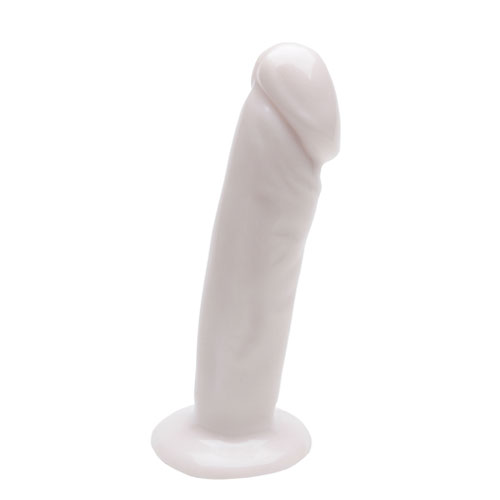 WHERE IS YOUR GOD NOW?!

We cannot make this up. Let’s take a look at the description.

“JUST IN TIME FOR HALLOWEEN! Who doesn’t love those dark and mysterious vamps on the screen and in the books we all thumb through lustfully? That’s what we thought. For those of us who fantasize about being spellbound and tantalized by the forbidden comes The Vamp. We promise this vamp won’t be the only thing coming for you in the night.”

“Updated by popular request… Yes the The Vamp retains hot and cold temperature. Toss it in the fridge for that authentic experience.”

Normally we’d ask why a woman would want a cold object inserted into her axe wound, but judging by the popularity of Twilight, the fact people are making money off most of the items on this list, and our colorful words for vagina, it seems that we know nothing about women.