Media > Movies > The American Job Market: Through the Eyes of “Red” Redding

The American Job Market: Through the Eyes of “Red” Redding 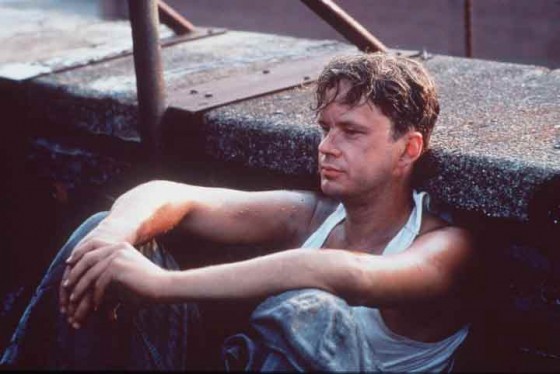 There is a reason that Shawshank Redemption’s main character is Andy Dufresne. It’s because he’s interesting. He rises from the ashes and beats the system. He follows the rules of prison, takes his lumps, swims through shit, and ends up sanding his own boat on some tropical beach somewhere. He’s the American Dream. He’s “The Power of One.” And he’s more fictional than Tinkerbell. We are asked as moviegoers to relate to Andy. Life got you down? Dig your way out. System fucking you over? Fuck the system right back. Be a snowflake. Bullshit. 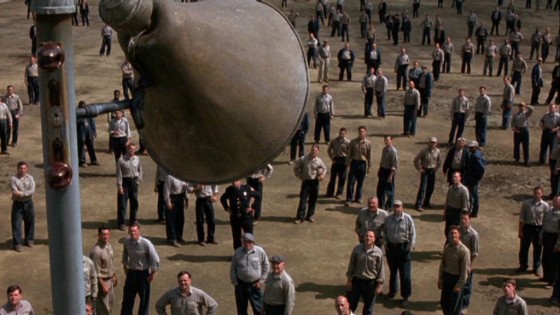 Attention : You are all Sheep

The real person you should relate to is Red. Poor, miserable Red.

Red is a cog in the wheel; nothing but a number. We barely know Red’s real name. He’s a slave to the system because of a slew of poor decisions he made at a young age. This is your life. Drink it in. 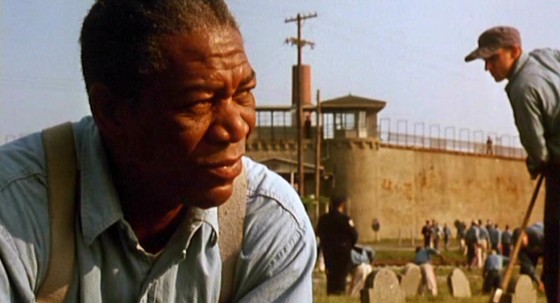 “These walls are funny. First you hate ’em, then you get used to ’em. Enough time passes, you get so you depend on them. That’s institutionalized.”

When you first start your career, it can have that “new job smell” when in reality, it’s denial trying to shield you from the truth – you’ll eventually hate this. You’ll hate the walls. You’ll complain, call in sick, and take personal days quicker than you can accumulate them. But then after a while, that mistress “Responsibility” comes creeping in. Now you start to get used to the walls. The routine. The stale coffee. The mindless chatter. Meeting after meeting after desk after computer screen after cubicle after mindless fucking bullshit. By this time you and responsibility are going steady. You’ve given her your pin and just bought a malt with two straws. You now depend on the walls. If you left the confines of the walls, you’ll probably be carving “Brooks was here” somewhere before you take a little throat dangle. 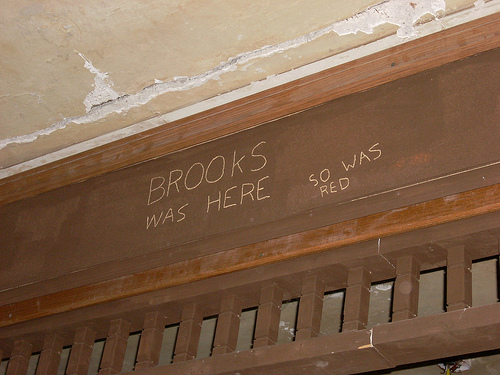 Came to Shawshank in Aught Five. Made Librarian in 1912. Hung himself because he missed a bird.

“There’s not a day goes by I don’t feel regret. Not because I’m in here, or because you think I should. I look back on the way I was then: a young, stupid kid who committed that terrible crime. I want to talk to him. I want to try and talk some sense to him, tell him the way things are. But I can’t. That kid’s long gone and this old man is all that’s left. I got to live with that. Rehabilitated? It’s just a bullshit word. So you go on and stamp your form, sonny, and stop wasting my time. Because to tell you the truth, I don’t give a shit.” 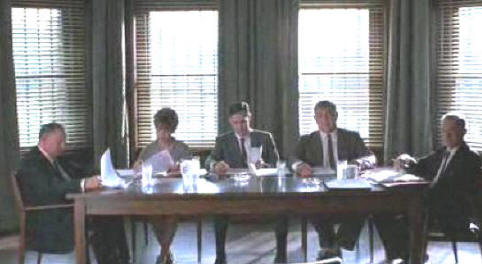 Job interviews are parole hearings. During the first two hearings, Red was very jubilant and anxious to prove to the parole board that he was completely ready to be a free man. “Yes sir… Fully rehabilitated” This is what your first few interviews are like. Half lies, gussied up resumes, and spunky personality. Best fake foot forward. You practically beg for sweet release of your current situation because you’re sick of the walls, the routine. Time off for good behavior please… call the governor… something… help me. 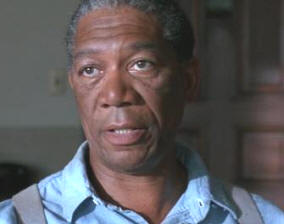 Reality, however, is this third time he goes in for a parole hearing… This completely sums up my job hunt analogy. When the job hunt has you so deflated and defeated that you have nothing left to lose. Give me the job, or don’t…Whatever, just don’t blow smoke up my ass. “Where do you see yourself in five years?” – Definitely not where I saw myself five years ago. So I assume that history will repeat itself. Whose fault is that? Mine… at 18. Sure I wish I could change the past. Who doesn’t? But it’s not happening so either give me the job or leave me alone. Stamp your form, Sonny. Don’t string me along with this crap. (By the way “Stamp your form, Sonny” is my new heading on my resume.) 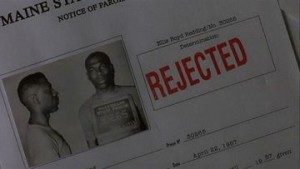 “One day, when I have a long gray beard and two or three marbles rollin’ around upstairs, they’ll let me out.”

This is what retirement must feel like, if one will be able to afford to retire. Sure when all your creative wells are dried up, your spirit is broken, and you are no longer a useful member of the machine that’s when they’ll let you out. They’ll throw an office party that no one wants to go to and give you a gold watch and expect you to LIVE IT UP! Meanwhile it will take you an hour to get from the living room to the kitchen and you will have cataracts the size of golf balls. You’ll send postcards to your winter clothes in the summer time. “Wish you were here!” You will call game show offices and complain they mispronounced Notre Dame. These will be your golden years. When in reality, you’re just too old to give a shit anymore. That and you’re bat shit crazy. 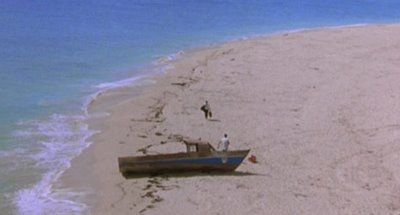 So what’s the solution? How do I know? Break out? Be like Andy and swim through shit? That’s one in a million really. Blind, stinking, luck. Most of us are too lazy to do anything like that. So fuck it. Maybe if you’re lucky, you’ll have a friend like Andy. One who hits the lottery or no matter what they do, just seem to step in shit and ends up rich for no good reason. A friend who will leave a wad of cash for you in a tin box underneath a tree. A friend who invites you to a beach somewhere in Mexico so you can help him sand his boat. I hope for such a friend. I hope to see my friend and shake his hand. I hope the Pacific is as blue as it has been in my dreams… I hope.