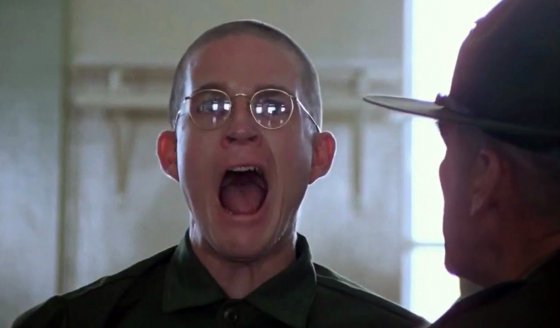 In honor of R. Lee Ermey’s death today, we look back at his most iconic role as Gunnery Sergeant Hartman in Full Metal Jacket. His foul-mouthed portrayal of a Parris Island drill sergeant was the highlight of the first half of the film. One of his signature lines is in the memorable “Show Me Your War Face” scene :

Today we pay homage to this unappreciated element in combat movies: The War Face. Made famous by R. Lee Ermey in Stanley Kubrick’s extremely quotable Vietnam era epic Full Metal Jacket, the war face is an integral part of big screen battles. Here are some of the very best examples, to help Private Joker figure it out. 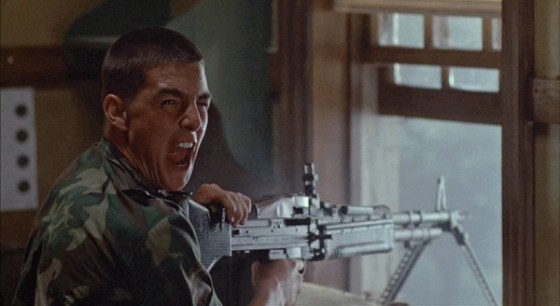 When seizing control of a military academy, a hotheaded cadet manning a M-60 is a must. It’s beautiful, man. 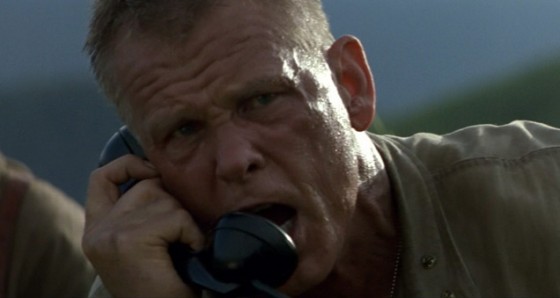 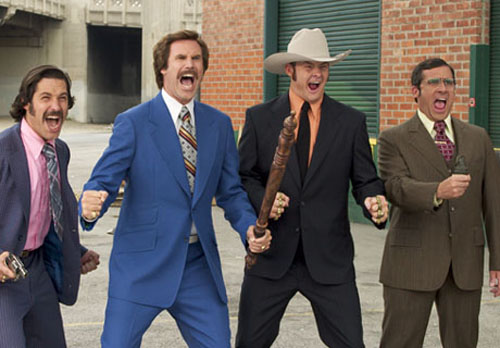 News team rumbles can be brutal. Don’t forget your trident.

Lee Marvin in The Dirty Dozen 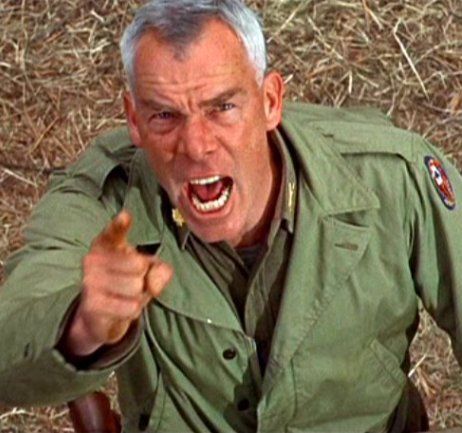 One of cinema’s true tough guys had himself an awesome scary war face. 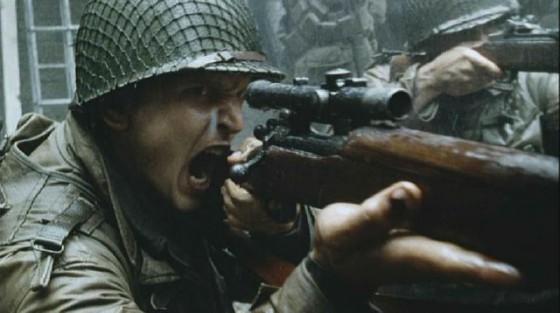 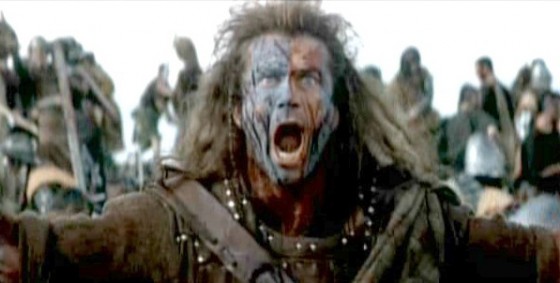 Gibson may have gone looney tunes in recent years, but this flick still kicks copious amounts of ass. 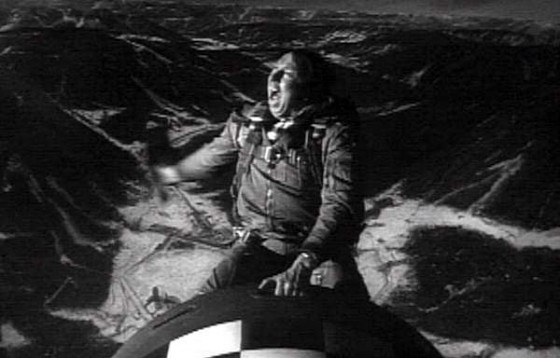 It doesn’t get much better than Pickens riding a nuke on the eve of doomsday. 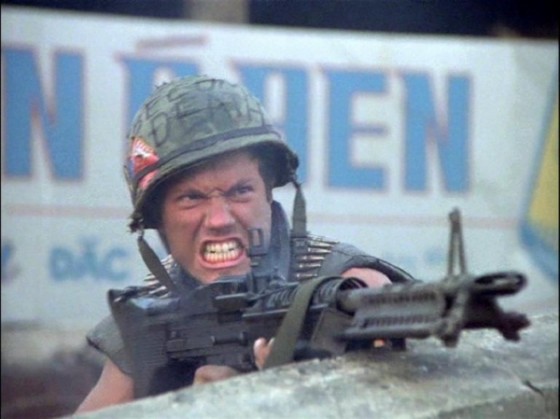 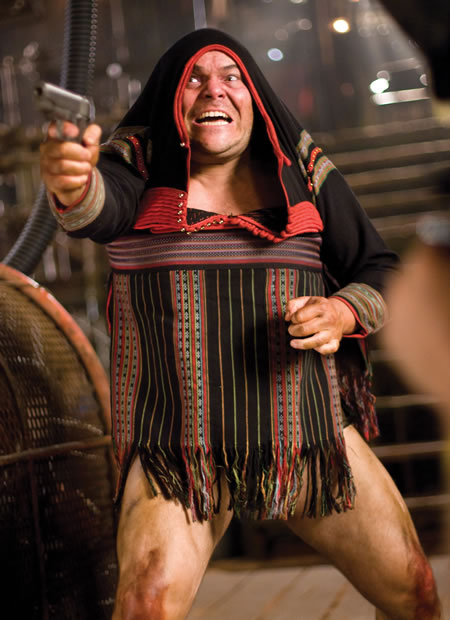 Jack Black playing a drug addicted actor playing a character named Fats. That is all.

Ah-nold in Conan the Barbarian 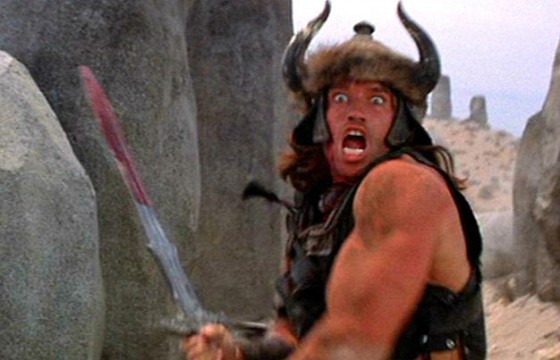 Long before he was banging beastly maids while Governor of California, Ah-nold was banging steel. 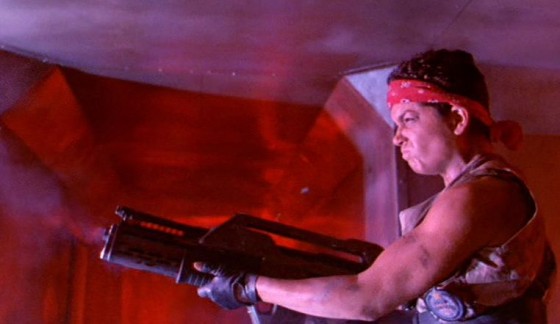 Gotta include a chick. She’s a manly chick, but a chick nonetheless. 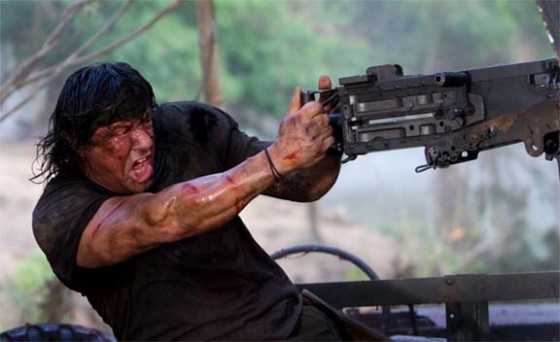 The Kurgan in Highlander 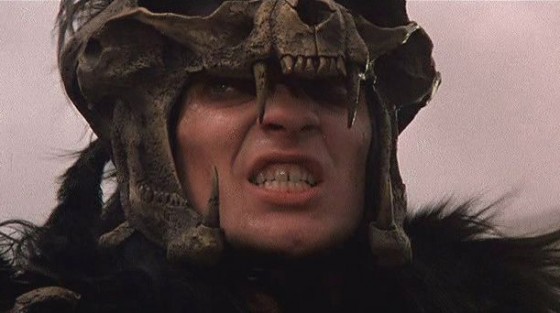 There can be only one. Screw Connor MacLeod. 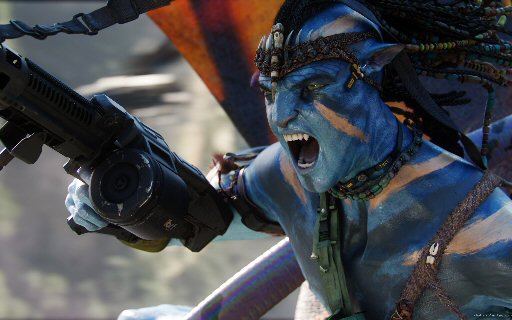 Now, that’s a war face. Bonus points for the paint. 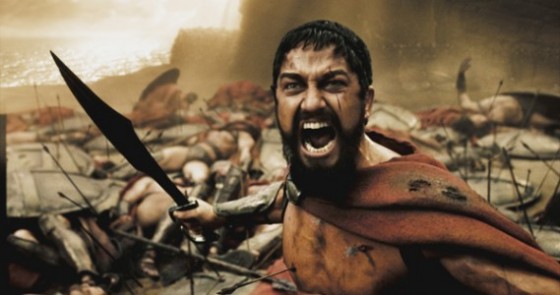 Leonidas, King of Sparta. Any questions?