Sports > Basketball > The Best of Grandmama

The Best of Grandmama 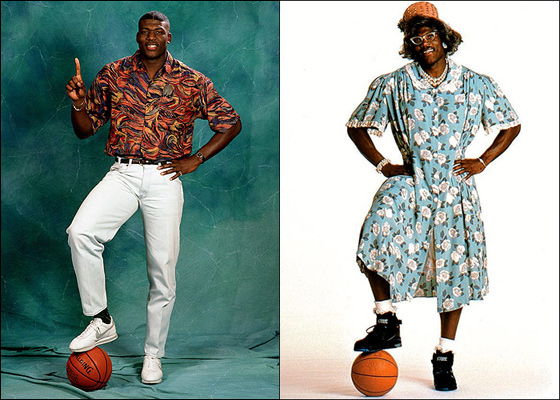 Since Art had the opportunity to interview Larry Johnson, also known as Grandmama, for the Gunaxin Sports Show, I figured I’d highlight the classic ad campaign. Slam Magazine did a nice job of getting the back story, in their interview from 2010 :

SLAM: What do you remember from doing that commercial?

LJ: When I signed with Converse out of college, they told me we were going to do a commercial with me, Larry Bird and Magic Johnson. They said they would have me on a gurney sleeping and covered up so you don’t see me. Larry Bird was on one side and Magic Johnson was on the other. They were doctors. They were creating the best basketball player. So then they say we have to name it. Larry Bird was going to say, “His name should be Larry,” and Magic was going to say, “His name should be Johnson.” Then they would go back and forth saying “Larry” and “Johnson.” Then I would raise up. So then I signed with them. Then they come back two months later after I spent the money and bought my mom a house, and they say, “We’ve got another idea. We want to put you in a dress.” That was Grandmama. [Laughs]

SLAM: So, what you’re saying is that wasn’t exactly by choice?

LJ: I spent the money so I had to do it, but if they came to be right out college and said, “We want you to do Grandmama,” I would have never done it. [Laughs]

SLAM: And then what do you remember from bringing it back for Family Matters?

LJ: You know Jaleel [White] can really play. He’s tall, but he just fell into that Urkel role. 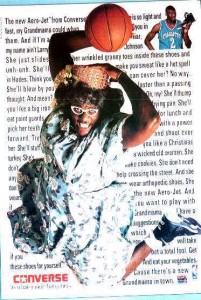 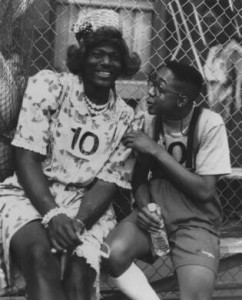