The Best of Horror Pulp 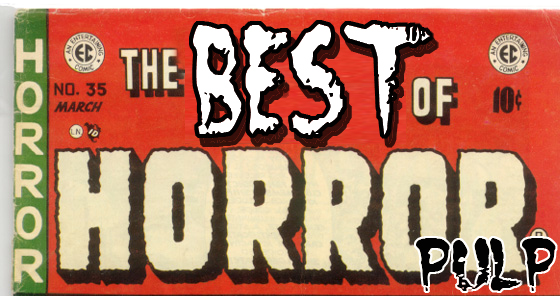 What, exactly, is Horror Pulp? Well, I’ll tell ya. In fact, I’ll copy the text directly from Wikipedia, because if I’m anything, it’s incredibly lazy. 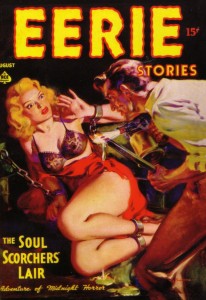 “Pulp magazines (or pulp fiction; often referred to as “the pulps”) were inexpensive fiction magazines. They were published from 1896 through the 1950s. The typical pulp magazine was seven inches wide by ten inches high, a half an inch thick, and 128 pages long. Pulps were printed on cheap paper with ragged, untrimmed edges. In fact, the name “pulp” comes from the cheap wood pulp paper on which the magazines were printed. Magazines printed on better paper were called “glossies” or “slicks.” In their first decades, they were most often priced at ten cents per magazine, while competing slicks were 25 cents apiece. Pulps were the successor to the penny dreadfuls, dime novels, and short fiction magazines of the nineteenth century. Although many respected writers wrote for pulps, the magazines are best remembered for their lurid and exploitative stories and sensational cover art. Modern superhero comic books are sometimes considered descendants of “hero pulps”; pulp magazines often featured illustrated novel-length stories of heroic characters such as The Shadow, Doc Savage, and the Phantom Detective.” 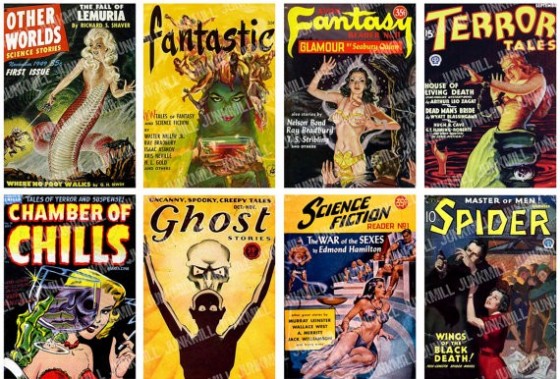 Sure, the comics and magazines themselves had excellent stories with horrific twists, dastardly characters, and spooky plots, but it was always the covers that drew in the audiences. You couldn’t see what was going on inside, but you certainly could see what was happening on the cover. Though I’ve managed to gather ninety-five of these, there are certainly more to seek out. So, for a quick trip down memory lane, check out some awesome Horror Pulps.