The Best of Kevin Smith 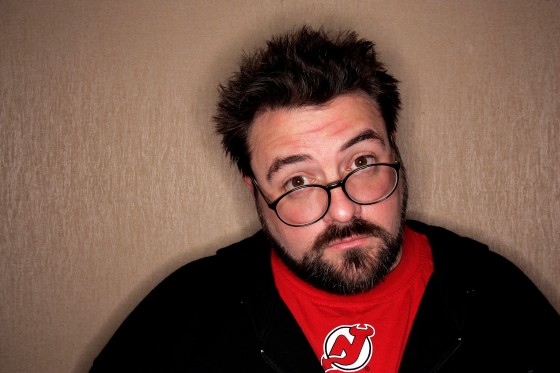 What exactly is Kevin Smith? What I mean is, what’s the definition of what it is Kevin Smith does? His newest flick, Red State, is due in theaters in October on the 17th anniversary of Clerks and it is a pure, unadulterated horror film… a HORROR film. Kevin Smith. Well, we all know he can write. He can compose dialog to be read like a mad man. He can put words into people’s mouths like you read about. He is a master at that craft, and he’s proven such from his beginning with Clerks, through his stilted epic Chasing Amy, through his TV shows like Reaper, through his masterful foray into almost-stand up on SModcast. The man can make you laugh with words and he can make you laugh hard.

But that still doesn’t answer the real question: just who does Kevin Smith think he is? We all know he can make a movie by directing it and putting it on film. Clerks is a classic independent movie, made with friends, shot on a non-existent budget, filmed on a security camera. But it is a classic comedy that you can not deny the appeal of. It works, it’s dialog-heavy, and it is absolutely hilarious. Mallrats is a lowbrow 80’s comedy shot in the 90’s, with a deep nod to John Hughes and Steve Holland, and Chasing Amy is a skewed love story that has such a mass appeal despite the fact that it’s about a straight guy, in a bromantic relationship (some say the first) with his own friend who falls for a lesbian. But the simple fact remains, they all hit home in one way or another because Kevin Smith writes like many of us think and see the world, and we can all readily relate to.

But, I ask again, who does Kevin Smith think he is? Really? Smith has successfully done three amazing Q and A’s titled An Evening With Kevin Smith, An Evening with Kevin Smith II: Evening Harder, and A Three-vening With Kevin Smith, all of which feature Kevin doing what he does best: talking. Voraciously yakking and tearing it up regaling the audience with tales about his near adventures on writing the new Superman to his weeks with Prince handling a documentary that never happened all the way through how he gashed up his own cock wen he first met his wife, Jennifer. They are a true long peek into everything Kevin Smith is about, what he does, how he’s done it, and the ways in which he’s succeeded and even miserably failed.

But Kevin Smith is so much more than even that. He’s a family man. He has a daughter named Harley and does the dad thing with her as often as he can. He has many dogs that find their way into his commentary. He is the atypical Hollywood father, inasmuch as he is never in the tabloids as being a jerk, or a violent shithead, or an alcoholic douchebag (he doesn’t drink) and he is the most suburban, anti-movie man you could ever imagine. I don’t know him… though I’d sure like to… and I know this sounds like I do, but it’s just from listening to him tell stories. Because that is, in essence what Kevin Smith is: a story teller.
And he can tell a story, too. He can make you laugh, make you think, and make you feel like you know him. Because he is a story teller. And a great one at that.