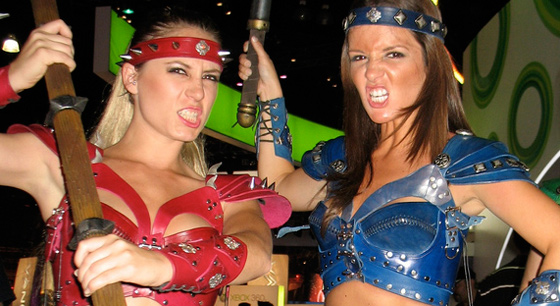 E3 (Electronic Entertainment Expo) is underway in Los Angeles, and that can mean only one thing to us here at Gunaxin, Booth Babes! So while the Booth Babe phenomenon has been substantially toned down in recent years, there is still plenty of eye candy to be found. So we’ve scoured the internet to bring you a rather large sampling of the ladies who are working the floor at this year’s event, just like we did last year.