Media > Television > The Cast Of Jersey Shore Is About To Get Paid, Yo

The Cast Of Jersey Shore Is About To Get Paid, Yo 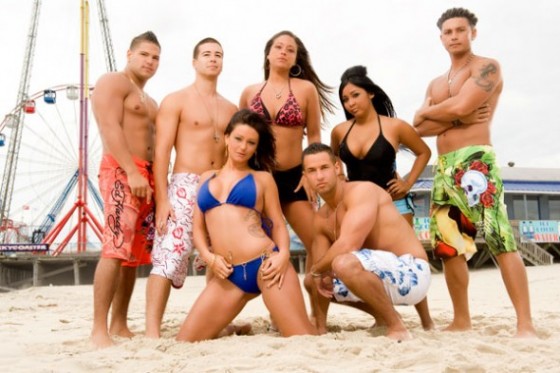 In another sign that the apocalypse is nearing, the cast of MTV’s smash hit reality series Jersey Shore is close to getting a significant raise, according to the Tinseltown insiders over at THR.

Here’s the situation: the cast wants $30,000 per episode, but MTV execs are likely to counter with $20,000, which they feel is more than enough to satisfy the Guidos and Guidetes.

When reached for comment, cute as a button cast member Snookie said the following:

“Yo, ya friggin’ juicehead, have you seen my jar of pickles or what?”

Sadly, we at Gunaxin did not know the whereabouts of Snookie’s pickles and therefore were denied an update on the ongoing contract negotiations. Rest assured, we’ll keep digging.

On a more serious and personal note, I hope these hardworking young men and women are paid accordingly for all that they do. Each and every one of them is a credit to the state of New Jersey and the country as a whole. *inserts shotgun barrel in mouth and pulls trigger*