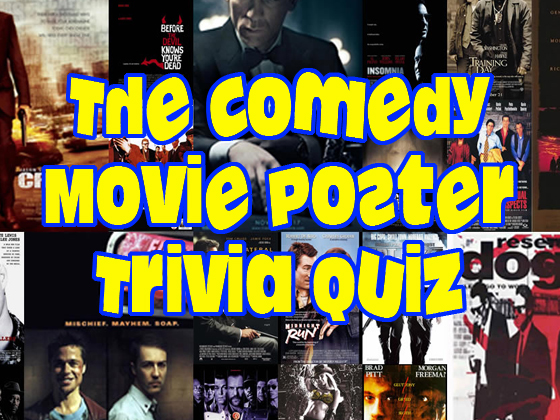 A few weeks ago we here at Gunaxin posted a very cool quiz that got quite a few folk’s attention: The Horror Movie Poster Trivia Quiz. As you can see if you just hit the link, it features little bits of movie posters and a quartet of possible answers. It was fun for the whole family! Well, now it’s time for the follow-up! Comedies! HA! But, before I continue and as promised from the previous post, here are the correct answers:

And there ya go. Fear not, fellow fear followers, there will be a direct sequel to that particular list coming for Halloween and it promises to be even tougher. Anyway, the rules remain exactly the same with this one: Four possibilities, one correct guess, the levels of humor skyrocket. Enjoy!