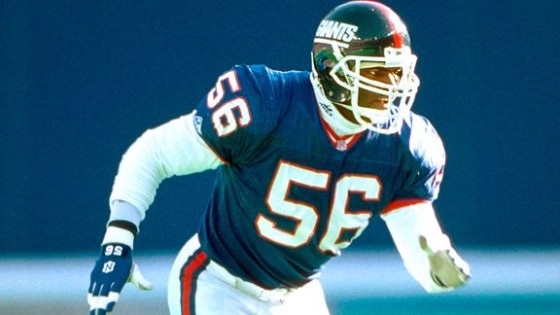 According to an overwhelming number of reports, former New York Giants Hall of Fame linebacker Lawrence Taylor has got himself in some substantially scalding water with authorities. L.T., who has had several run-ins with the law in the past, was arrested Tuesday on charges that he had beaten and raped a 15-year old girl at a Holiday Inn in Ramapo, New York.

According to at least one report;

There are numerous reports that Taylor will be charged with third-degree rape, and that the alleged victim was a 15-year-old girl and that she was reportedly beaten during the attack.

Taylor had previously been arrested on two separate occasions for purchasing crack cocaine. L.T. was arrested in early November, 1998 after buying crack from an undercover police officer. The arrest came just days before the release of the 1998 film “The Waterboy” which featured Taylor in this scene telling children to “Don’t smoke crack”:

No word yet if Taylor is on video imploring people to ‘Don’t beat and rape underage girls’. If such a video surfaces, we’ll let you know.