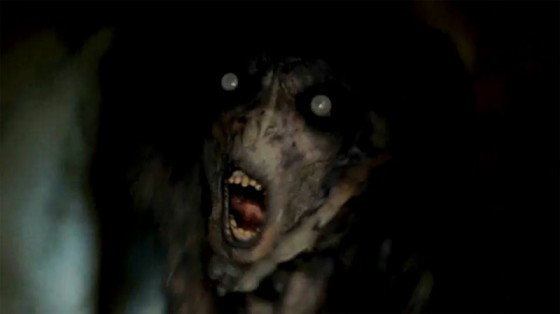 At first glance, I could’ve sworn that adorable little fiend in the picture above was my Aunt Susan after a night of pounding box wine, but in reality it’s one of the nasty little basement-dwelling creatures in the upcoming horror remake Don’t Be Afraid of the Dark. If it seems like this flick has been in the works for years it’s because it has been in the works for years.

The complex sale of Miramax by Disney caused the release date to be shifted from January 21 to August 26th. And with the silly summer season in full swing, we finally got ourselves a bona fide trailer to dissect. Like most movies about stupid folk moving into old estates, this Guillermo del Torro produced frightmare has a been there done that feel to it. To wit…

4) Aging caretaker warning moronic father “this house is unsafe for a child.”

You get the point. Here’s the well-crafted, but not-so original trailer for a delayed horror movie saddled with a not-so flattering late August release date. Enjoy.