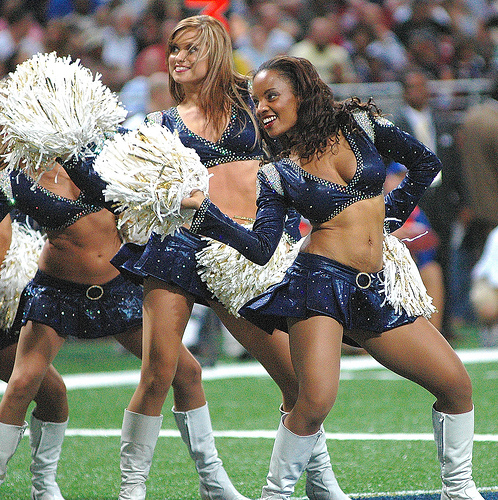 The one positive in a season of negatives for the Rams

The Rams have lost 16 consecutive games and 33 of the past 38.  Through the first seven games of the season they have been outscored 211-60.  Without question, this team is the worst of the worst.

Thanks to the Bucs, England now wants nothing to do with the NFL.  After being pummeled 35-7 by the Patriots yesterday, Raheem Morris is searching for answers.  Perhaps Garrett Morris should have been hired as the head coach.  He is still alive you know.   No, really he is…just check for yourself.

It’s almost unfathomable that the Titans have gone from the penthouse (13-3) to the outhouse (0-6) so quickly.  A very beatable Jacksonville Jaguars team comes to town next week and Tennessee needs to find a way to get into the win column.

Only victory of the season came against the Bills and quarterback Derek Anderson completed two of seventeen passes for 23 yards in the game.  Anderson was only slightly better against the Packers yesterday and the Browns were annihilated 31-3.

The Chiefs lost at home by thirty points to the San Diego Chargers yesterday and the game wasn’t even that close.  Matt Cassel, the $60 million dollar man, threw three picks and managed only 97 passing yards against a very suspect secondary.  Larry Johnson ripped head coach Todd Haley on Twitter after the game and the asylum’s inmates are starting to get restless.  The current odds on a Johnson/Haley fistfight between now and the end of the year currently stand at 4:1.

When the Raiders defeated Philadelphia last week, it looked like the proverbial corner had been turned.  Um, not so much.  After three early turnovers, Tom Cable benched JaDreadful Russell and Oakland was shutout by the Jets yesterday 38-0.  On second thought, Richard Seymour, perhaps the Raiders won’t be playoff bound after all.

Although the Carolina Panthers are knocking at the door, the 1-6 Lions have earned the final spot in this week’s Egregious 8.  It could be short lived though as a victory over the Rams next week should enable Detroit to climb back to semi-respectability.  The ghost of Matt Millen still haunts Ford Field but there is genuine hope for the future.