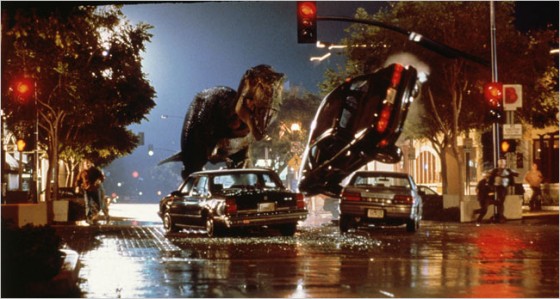 Face it, we owe most of our awesome childhood memories to Steven Spielberg. By directing Jaws, the original Indiana Jones trilogy, E.T. and serving as a producer on such classics as Poltergeist, he proved not only was he a talented director but a brilliant producer and ideas man. A Steven Spielberg film was an event and his helming of Jurassic Park and Schindler’s List made him a household name.

However, his record isn’t perfect. Far from it. In fact, it’s fair to say he has some blemishes and when Spielberg delivers a piece of crap it’s gonna be one of the biggest pieces of crap you ever tried to sit through. Here are the eight worst films Steven Spielberg has ever made, as both a director and producer.

War of the Worlds

This should have been amazing. This should be a film that was the absolute proof of why Spielberg was the master of the summer blockbuster. And honestly, this film does have quite a few moments that make it a somewhat watchable film. The biggest problem with the film is the its “sunshine and roses” happy ending. Spielberg has a tendency to end his films with a happy ending and it often works, but if  one of his blockbusters didn’t need one, it was this one. War of the Worlds didn’t have to end in death, despair, and destruction, but the attempt at a tear-inducing happy family reunion sort of killed the mood of the entire piece. You don’t have to avoid this one, just maybe turn it off five minutes before it ends. 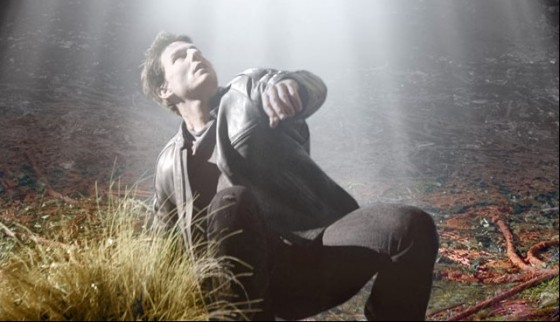 Transformers: Revenge of the Fallen

When the first Transformers film came out, the combination of director Michael Bay and Spielberg as producer seemed like a risky move, but it was a gamble that totally paid off. Needless to say, a sequel was not only guaranteed, it was demanded. Did the sequel live up to the original? Hell to the no. First, the writing was marred by the Writers’ Guild of America strike. Bay actually began production on the robot fight sequences while the script was in need of serious work.

Second, the script they did film had an insulting mixture of racist stereotypes and sexism in two of the robots, totally inaccurate portrayals of marijuana use and a story that was too over the top for its own good. Not to mention that most of the action was so blurred by rapid fire edits that made the fights almost incomprehensible. This one isn’t all Spielberg’s fault — Bay deserves a share of the blame as well. One would think a man as powerful as Spielberg could have said, “Let’s push back the release and fix this before we deliver the fans a disappointment.” But, he didn’t say that. However, they didn’t deliver disappointment, they delivered a disaster. 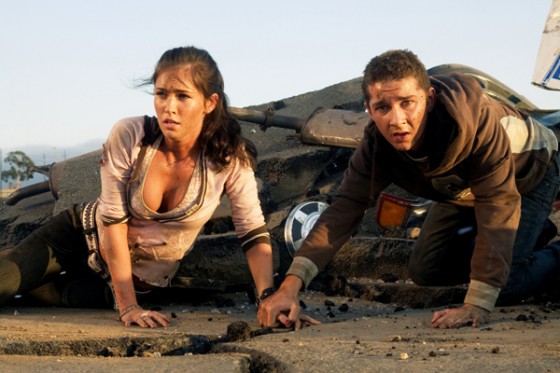 In all honesty, Spielberg doesn’t get all of the blame for this. Spielberg was one of four directors, the others being John Landis, Joe Dante and George Miller, who decided to revive the classic television series in a feature film consisting of a truly awesome opening scene with Albert Brooks and Dan Aykroyd, and a quartet of classic stories from the show. Now, most of the major problems the film faced were on Landis’ end when the filming of his segment resulted in the tragic deaths of actor Vic Morrow and two Vietnamese child actors, but this tragedy has been sufficiently covered. The problem with the film is that it’s mostly dull, except for Spielberg’s segment. The story revolves around a mysterious man who moves into a retirement home and becomes mischievous as he begins to inspire the other residents to engage in activities they did when they were kids in an effort to feel young again. Decent idea but the segment is so sappy and schmaltzy it’s irritating. Between tragedy, sap, and poor imitations, Twilight Zone: The Movie is one that’s best left avoided. 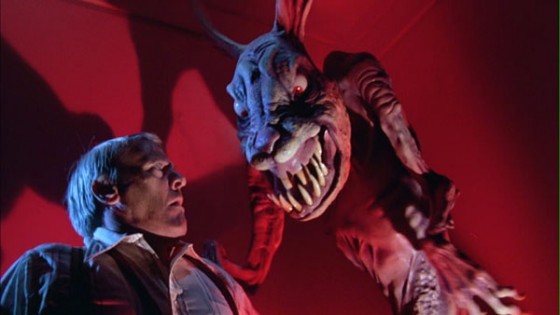 Hey, everyone! Who wants to watch Tom Hanks put on a stupid foreign accent and play a guy stuck living in an airport terminal? Answer: well, everyone. Hey, who’s gonna actually enjoy it? Answer: no one. Well, except for the bits Stanley Tucci was in. 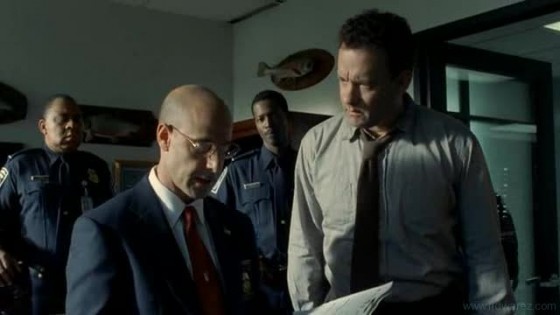 Jurassic Park was amazing. Truly amazing. So, it was no surprise that someone would say that a sequel should happen. So, they commissioned author Michael Crichton to write a sequel novel that could be turned into a film and focus on the character of Ian Malcolm (portrayed by Jeff Goldblum). Problem – Malcolm died in the book, despite living in the movie. But Crichton found a solution and revived the character and delivered the novel. Then the film was made and oh, how it was terrible. It follows the rule of the sequel by making the film bigger and more fantastic, but if you saw the logic-defying appearance of a T-Rex in the New York harbor, you know that this film was just overblown and ridiculous. Some might say this was the beginning of the downfall of Spielberg. It is proof that Spielberg has no problem cashing in. And to make matters worse, it led to Jurassic Park III, which makes this one look like The Godfather. 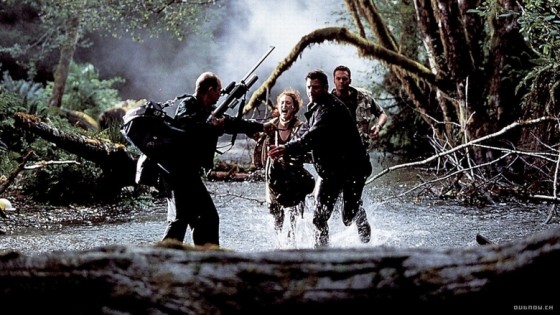 Indiana Jones and the Kingdom of the Crystal Skull

Speaking of cashing in, the internet has made it clear how many a childhood was raped by this abomination of a film. (In fact, South Park made it abundantly clear.) So, to bring up Shia LeBouf swinging on vines like Tarzan, or Indy hiding in a fridge to save himself from a nuclear explosion, to “why the hell are there aliens in this movie?” would just be redundant. You know why this movie sucked. To relive those memories would just be cruel. 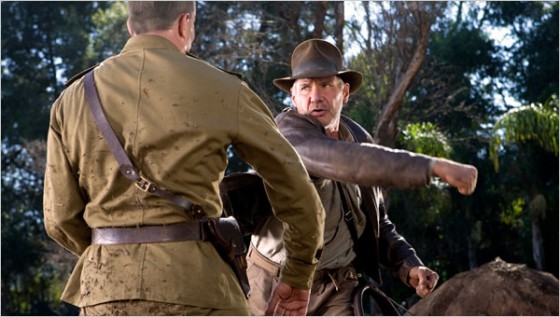 How bad can a World War 2 comedy starring Dan Aykroyd and John Belushi be? Try really bad. No, try downright awful. No, try “abomination of cinema.” That’s better. If you want a look at pure hubris, watch this “comedy” that takes place the day after the Pearl Harbor attacks. A veritable who’s who of early ’80s, late ’70s comedians alongside actors the caliber of Christopher Lee, Ned Beatty, and legendary Japanese actor Toshiro Mifune (best known for his work with Akira Kurosawa). The film was over the top, which is fine for a comedy, but not one moment in the film is funny. It is painful to watch. Ask anyone who has seen it. Or ask Spielberg himself. Even he admits the film was a failure. Luckily, he followed it up with a little film called Raiders of the Lost Ark and saved his career. And if that film had flopped, we might be sitting here today wondering, “Whatever happened to that guy who made Jaws?”

Yes, the worst thing Spielberg ever gave us he was smart enough to not direct, only produce. Though, this is one of those Spielberg productions where you can imagine that the director was merely a puppet and Steven was really running the show. This film came in the era of taking classic television shows and making them live action feature films (alongside The Beverly Hillbillies). This is the film equivalent of a hack comedian doing bad puns for an hour and a half. This movie was probably a fun romp for eight-year-olds, but to anyone who had actually seen an episode or two of The Flinstones had to have hung their heads in total disbelief. There is nothing good about this film. Nothing at all. And somehow it spawned a direct to video prequel featuring Steven Baldwin, the fat guy from The Full Monty, and Sally from Third Rock from the Sun. So, once again, it does get worse. 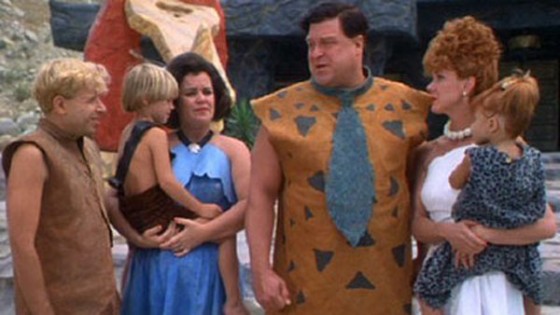