The Fast 5 Trailer Has Finally Arrived 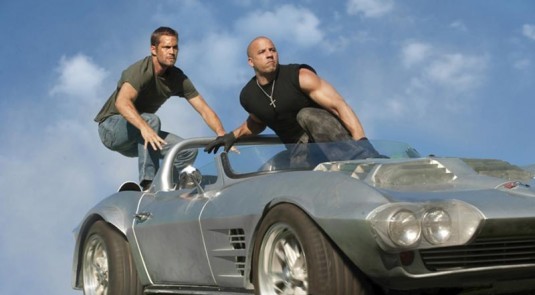 Yes, the Fast and Furious franchise is still alive. The fifth, but not final, installment is called Fast Five (clever) and it now has a trailer. All the usual suspects are back, including ex-A-lister Vin Diesel, ex-tree Paul Walker, ex-rapper Ludacris, hottie Jordana Brewster and introducing ex-wrestling superstar Dwayne “The Rock” Johnson.

Evidently, the gang reunites for one last job (original), but must foil a Brazilian drug kingpin and a pesky FBI agent in order to earn their booty. It looks fantastic, if you like slick cars, fiery explosions, complex robberies, half-naked chicks, bloody fist fights, the Rock wearing tiny shirts, shots of the cast walking in slow-motion and awesome dialog like, “Runnin’ ain’t freedom.”

I can’t wait to not wait in line for this when it opens April 29th.