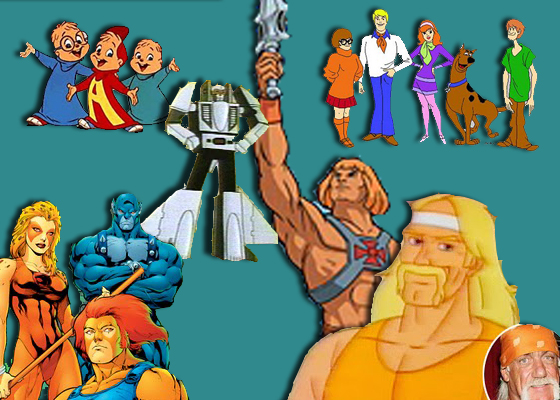 Who didn’t love cartoons? Oh, you, in the back, huh? Well piss off, I’m talking to the cool people out there! Cartoons were such a huge part of my life as a child, and even as an adult, that they’ve become something of a surrogate family. I watched everything I could for as long as I could and I eventually came to realize that every good cartoon has a leader figure of some kind. All the good teams, all the strong groups… everyone had that iconic patriarchal figure head that commanded the crew. Here are the top 15 leader-types of all time.

Alvin
Alvin and the Chipmunks 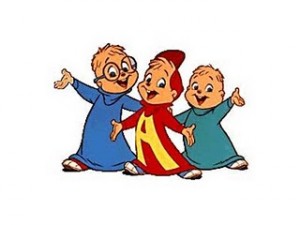 Alvin was perhaps the most self-centered, egotistical leader of any group. Yeah, he’d eventually do what was best for Simon, Theodore, and the band as a whole, but all in all, it was all about him. I guess that’s why it was called, ‘Alvin’ and the Chipmunks, and not, say, ‘The Chipmunks and Alvin’. That would be a whole different story: Alvin all morose and brooding while his band mates got all the attention. That just feels all wrong somehow.

Leadership Capabilities: At the very least he managed to keep the trio from getting clobbered by oncoming traffic. 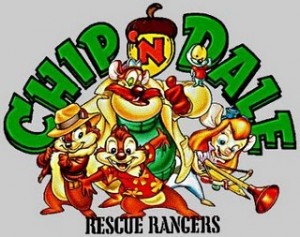 Look at that picture: Chip’s the suave lad in the leather and fedora a la Indiana Jones, and Dale looks like a miniature, furrier, Magnum P.I. I always thought Chip was a pretty competent leader, dragging along his rag tag band of toughs like Monterey Jack, Gadget, and Zipper… THE FLY! Wha? Anyway, they always got into really sweet adventures featuring small things like spools, combs, and paper airplanes. Cool show; cool leader.

Leadership Capabilities: The Rescue Rangers would have totally handed the Chipmunks asses to them. Sadly, this never happened thanks, probably, to Chip. 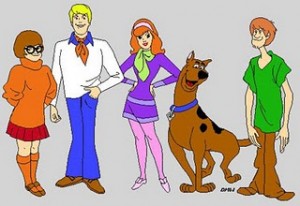 I tell you what: I’d certainly follow a man with a neckerchief whether he was a Boy Scout or not. Anytime some guy wanders up to you sporting a sassy neck scarf, I say do what he says. Regardless of the fact that Fred did maybe 20% of the work, generally in the vicinity of Daphne, and often got most of the credit, the real masterminds were, of course, Velma and her sexy, sexy legs. Or Shag and Scoob. Either way.

Leadership Capabilities: Fred was a great leader because, in all likely-hood, he was probably gay.

“Living with a split personality” indeed. Bumblelion and his Wuzzle pals from the Isle of Wuz were comprised of two completely unrelated animals and, yet, still managed to make their Dr. Moreau-ish lifestyles seem relatively normal. Following their fearless leader was Butterbear, Moosel, Hoppipotamus, and Rhinokey, and, even with their perfected gene-splicing, lived normal, happy lives eating appleberries.

Leadership Capabilities: Well, would you mess with a Lion and a Bee hybrid? No, you would not.

He-Man
He-Man and the Masters of the Universe 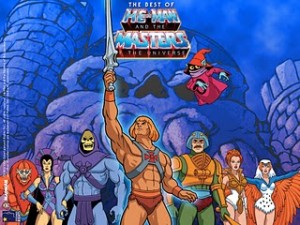 Damn, Teela was hot! Look at that headdress she has on… man… wait, what was I talking about? Oh yeah, Prince Adam held aloft his magic sword and blah blah blah… we all know he rest. Until that happened, and Adam sprung into the scantily-clad fellow you see above as He-Man, he was kind of a tard. However, once the magic happened, you better watch you butts! I always wondered why Skeletor wasn’t called ‘Skullitor’, since his head is the only real bony part of his high-pitched ass. Anyway, He-Man was pretty sweet.

Leadership Capabilities: As Adam, none. As He-Man, well, he’s not named Pussmaster Sally for a reason, dude. 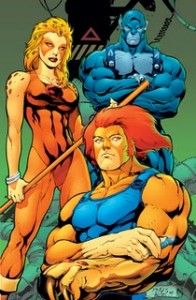 Damn, Cheetara was… never mind. Lion-O became the chosen leader of the Thundercats after he acquired the Sword of Omens and the Claw Shield. It’s funny, I hate cats, but if there were real cat-people hybrids roaming around the place, I’d probably become friends with them and show them the ways of Earth. Definitely the female ones cause, damn, Cheetara is… anyway, Lion-O was a great leader. Yeah.

Leadership Capabilities: In all actuality, Lion-O was an insufferable whiner and were it not for Snarf and Panthro, not a whole hell of a lot would have gotten done.

Jayce
Jayce and the Wheeled Warriors 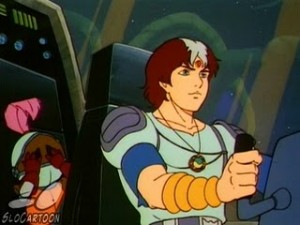 What I remember most about this cartoon was the really cool organic plant-life machines the bad guys (The Monster Minds) rode around in. I think Jayce and his ‘Lightning League’ had a silver-and-white metallic one with like a saw blade on the front of it that could take sizable chunks out of the bad guy’s weaponry. Cool show, I watched a bit of it, but I always figured the relatively young Jayce to be a rather qualified leader.

Leadership Capabilities: He was the only guy named Jayce in town. So… 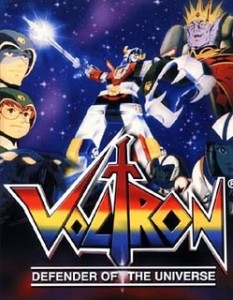 Keith. The Black Lion. And he’ll form the Head. Keith was one heck of a leader; always making sure his underlings (Pidge, The Princess, Chunk) were kept in line. And always having to one-up the far cooler and significantly more suave, Lance. But even so, he knew, somewhere deep down inside, that he’d always form the head.

Flash Gordon
Defenders of the Earth 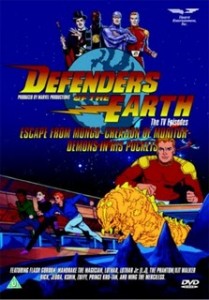 This show had the best theme song of all time. What, don’t believe me? Fine, check it out! Yeah, see? How damn cool was THAT! Anyway, Flash Gordon was the leader of the group even though each of the four ‘Defenders’ sort of had a life of their own, as you can plainly see from the SWEET ASS INTRO!

Leadership Capabilities: Since he’s the only one of the group who’s seen more than just Earth, it was kind of a given.

Leader-1
Challenge of the Go-Bots 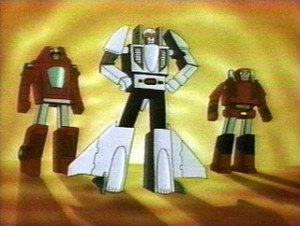 Regardless of the fact that this show was a pretty crappy version of the Transformers by all rights, I always thought the bald leader of the Go Bots was pretty cool. I had a few of these toys and this guy was solid and rakish even as a stiff-limbed, barely-changeable, jet. Oh Leader-1, you scalawag.

Leadership Capabilities: I think throughout history it has been proven that the balder you are, the more respect you command. Possibly. 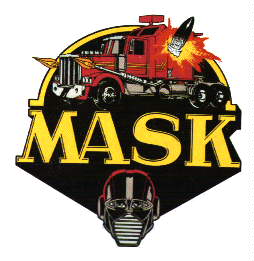 “No one knows what lies behind the masquerade….” Yeah they do! It’s Matt Tracker and Miles Mayhem, respectively! Each commanded both good and evil, and each did such a fine time doing it, too. I had all of these toys and let me tell you, few cartoons live up to their playability like M.A.S.K. did. These toys were so damn cool! What? Oh yeah, good leaders and stuff.

Leadership Capabilities: In a world where good guys and bad guys all go around wearing masks to conceal their identity, at least Matt and Miles knew not to spoil the surprises for everyone else. 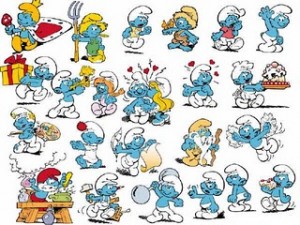 Yup, there he is, lower left corner. My brother always thought he burst a big-ass bubble of chewing gum on his face. Ha! Anyway, this one single Smurf had to keep tabs on 99 other little, blue idiots who always managed to get themselves into trouble with Gargamel and Azreal. I also tend to believe he was a little bit in love with that azure hussy known as Smurfette who had nothing better to do than flirt her skirted ass off. Whore. 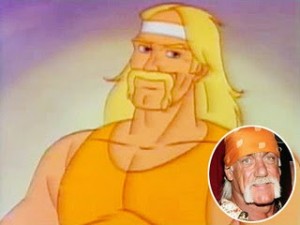 Look at that smug puss! Hulk Hogan was the ultimate master of his craft, and his craft was to whoop your ass in the squared-circle! The cartoon that featured his shit-eating grin up there was called ‘Hulk Hogan’s Rock N’ Wrestling’ and that’s exactly what it was. Featuring such classics as Captain Lou Albano, Andre the Giant, Jimmy ‘Superfly’ Snukka, and ‘Rowdy’ Roddy Piper, this cartoon was just an amazing piece of illustrated genius.

Leadership Capabilities: Because he is a Real American! ‘Nuff said.

Optimus Prime
And Megatron From The Transformers 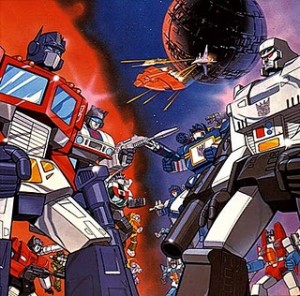 Who is really going to win against a standard sized semi tractor-trailer and a gun? Ultimately, I’d have to go with a big rig, which could, for all intents and purposes, run over a gun a whole bunch of times. Unless, suppose, some really good shot held Megatron just so and shot the tires out of Optimus, then I’d guess you’d have something. Well, regardless, this was a great show with vehicles and what not beating the shit out of each other. And Megatron was pretty damn sweet.

Leadership Capabilities: Well, as for Optimus, we all know he has the Matrix of Leadership in his chest so he is the chosen one. Megatron is a gun. Guns have a way of convincing people to do stuff. 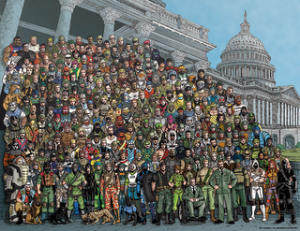 Yes sir, the ultimate leader of the ultimate team. I mean look at all those guys and gals back there! Good LORD! And there’s our man right smack in front decked out in cammo pants and, um, suspenders. Ok, Well, anyway, at least Cobra Commander looked really cool, right? All dark blue with a big old mask over his face with no eye holes… well, that seems patently ridiculous. I give up. At least the show was pretty realistic. Damn.

Leadership Capabilities: As far as fake militia heads go, you could do worse than Duke. Like, say, Cobra Commander for instance.