While it’s not always so simple, the general gist of a good getaway plan should consist of: Get in car, gun it, Mexico, beaches, girls, sex, money, and all in that order. Of course, in some cases the plans don’t always work out, and in others, people are just so damn stupid it’s as if they aren’t even trying. Here are five examples that boggle the mind in how terribly they went… 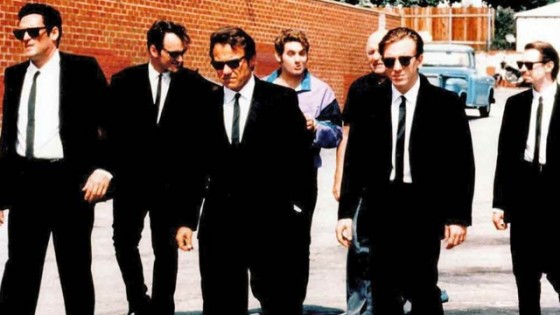 The plan? To break into a Jewelery store using sledge hammers, with John Smith specifically employed by the gang to drive the getaway car (remember this, it becomes important later). Now, with assigning specific roles to each member of the gang, you might want to assume this was a professional robbery, complete with jazzy music and cool montages of people doing stuff, right? Wrong. 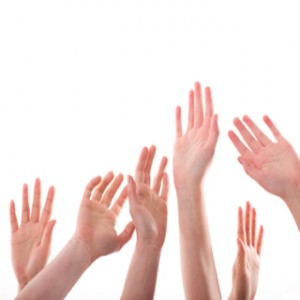 We’ll let you guess what Smith was lacking…

They assigned the guy without arms to drive the getaway car. That’s right, the only guy who needs help getting changed in the morning, the guy who only had stumps for arms, is the guy they were relying on to drive them all at breakneck speeds. We can only imagine what was going through their heads when they planned this:

Two not-quite-escaped convicts run away from the police, and possibly from the rest of the three stooges set, only to try running along separate sides of a poll while handcuffed together. The only thing missing from the security footage are the comical sound effects that no doubt accompany these two in real life. 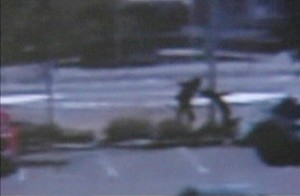 Also missing is the canned laughter, however, the News presenter’s real laughter works just as well when the other anchor replays the clip over and over again in what can only be a slow news day.

It doesn’t take a genius to know that it is almost impossible for a celebrity to successfully escape the police. Partly because they are celebrities and will be recognized wherever they go (well, mostly because of that), but also partly because they’re just terrible getaway drivers. 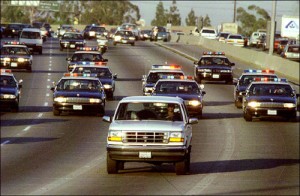 On the other hand, they are good at getting away with crimes…

Quinton “Rampage” Jackson, fighter and actor who starred in the A-Team movie, committed a hit and run, ran several red lights, and seemed to think for a short amount of time that he could escape the police in his camouflaged truck that had life-sized pictures of himself emblazoned across the car doors. Had he actually managed to escape the police, and god did he try, the camouflage would have set his car apart from every normal-colored car on the street. Oh, and those life-size pictures probably wouldn’t have helped either.

Yet another poorly thought out jewellery heist. However, while John Smith couldn’t help the fact that he had no hands (and therefore couldn’t steer as well as most people), Neil Murray had all his limbs, so it should have been expected that this getaway driver could have done all the normal things getaway drivers do. Like speed. 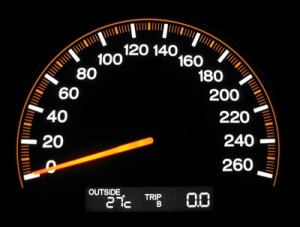 It’s not often that you can say your grandmother could have pulled off a better getaway then a hardened criminal. After successfully getting away with a shitload of gems, Neil Murray decided: fuck it, he’s not going to break any speed limits. Only 30 minutes after the robbery, the police were able to find the “getaway” car slowly meandering away from the police, often driving under the speed limit. Neil Murray and his accomplices were quickly arrested and sentenced to 5 years in prison; presumably the same amount of time it would have taken Murray to drive his gang back to their safe house.

When two burglars broke into Patrick Rosario’s house, they were probably prepared for a lot of things, ie. an angry home owner, burglar alarms, the police. So it seemed logical that they leave their van outside with the keys in the ignition just in case they needed to make a speedy getaway. Well, logical up to the point where the victim decided to steal their van while they were still in the house.

After hearing burglars break into his house, Rosario, from the safety of his own basement, decided to sneak outside while the burglars were still inside, steal their van and then, presumably just to gloat, call up 911 just so he can manically laugh about how he just screwed over a pair of robbers. Unlike most robbery victims, Rosoria spent his ordeal laughing and hi-fiving police officers. 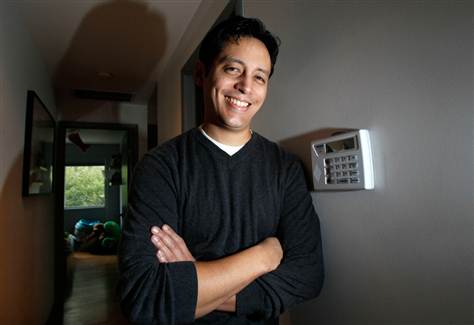