Sports > Other > The Five WSOP Players You Meet In Hell

The Five WSOP Players You Meet In Hell 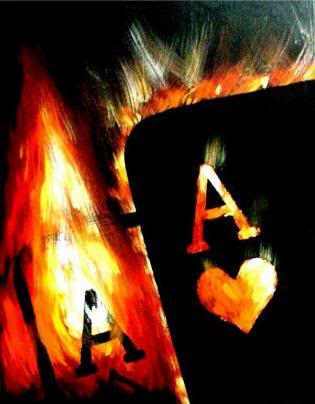 If you ever decide to go all Matt Damon and quit law school to play high-stakes poker, beware of one of these five faces staring at you from across the table. Chances are, they’ll end up with your money.

Intimidation is a big factor in his success. Not only is he crafty, but he’s intense enough to be a James Bond villain. Since about a decade ago, he’s been trying to add a badasss wrinkle to the stereotype that all Asians are good at math by applying the stereotype to poker…and winning. Kind of like if there was a World Series of Sleeping, and the Mexicans dominated every year.

Weaned on online poker, this guy helped both usher in a new era of ESPN-sponsored competitive card-play and saturate the traditional, underground character of the game. He probably spends anytime he has away from the table on a computer somewhere playing about 50 different simultaneous hands, and even then won’t take off his baseball cap and/or sunglasses.

The last of the old-school rounders, this guy’s probably seen a few murders happen at the flop in his time. He’s the inspiration for the original cowboy-hat-wearing, cigar-smoking poker stereotype, and is probably bitter as hell that the sport waited until he was an impotent old man to finally become cool.

She wields the power of discombobulation. You spend more time thinking about how this smokin’ hot broad is sitting at your table and whether you remembered to stuff that cucumber in your pants than what to do with the cards in front of your face. On the bright side, you probably don’t feel nearly as ashamed as the last time you blew your stash on a woman after tussling with her.

For some reason, these guys  think the table is their oyster. They take advantage of the fact that it’s against modern poker ettiquete to punch a person in the face from across the table by talking loudly, speaking whatever’s on their mind, and to hell with anybody who thinks that’s annoying. How do they take your money? Last I checked, assault charges aren’t cheap.