The Future of Drinking – Robot Bartenders 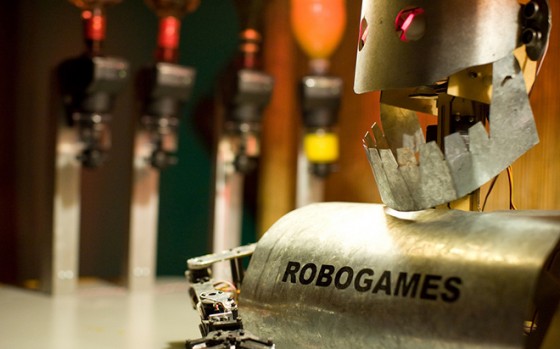 The bar in question (which was left nameless, presumably to keep the government from stealing the technology for themselves) played host to a number of robot bartenders, from Barnold, so named because 1) it’s in a bar and 2) like Arnold, it could crush your puny body with its massive girth if it wanted, to the Cosmobot, which eventually wants to mix up drinks for astronauts in space, to the Chapek (above), which exchanges the badass-ness of the other two robots for the ability to crack wise (“Hey, have you ever dated a robot before? I used to date a vacuum cleaner. It sucked.”) Rumors that the final version will sport an afro and snap its fingers are unconfirmed.

While we have to applaud man’s ingenuity in getting us drunk more easily, it makes us wonder whether a future with robot bartenders will be a glorious utopia where mixed drinks are plentiful, or a gloomy dystopia where bars are soulless havens for mechanical, unfeeling drink dispensers. On the one hand, robot bartenders will never complain about working long hours, and they’re incapable of judging you when you start sobbing uncontrollably into your appletini or throw up onto your shoes. You ask for a drink, they give you a drink, that’s about it. On the other hand, bartenders do play an important social role, listening to your troubles, offering the sagely advice of a man who’s seen society at its worst, and occasionally kicking the ass of anybody who starts wielding their pool stick in a dangerous manner.

While we at Gunaxin are intrigued by the prospect of a perfect martini-mixing automaton, we think that the technology has a bit of a ways to go before we should be replacing human bartenders. Maybe a thousand years from now, we can have a future where streetwise robot bartenders can serve us drinks with a wink and a smile aboard our space cruise ship. 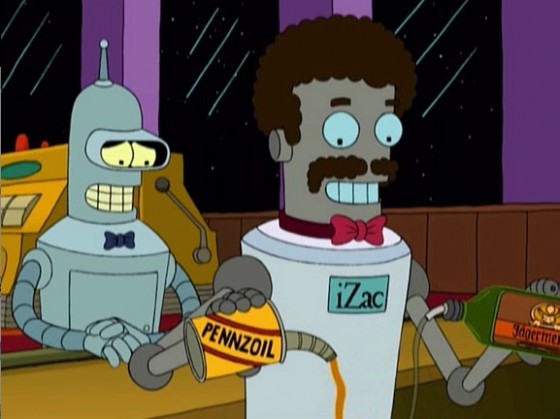