Media > Celebrities > The Great Facade That is the Academy Awards

The Great Facade That is the Academy Awards

The Academy Awards ceremonies are, for lack of a better phrase, a crock of shit. Most nominations are well-deserved, but over the years the Academy has become remarkably skilled at choosing to forget the films, performers and craftsmen that are irrefutably superior to the chosen winners. As we draw nearer to the 83rd Academy Awards, let us remember with righteous incredulity the incompetence of the Academy of Motion Picture Arts and Sciences.

Let’s begin with taking a look at the forgotten, the botched—the snubbed.

Oscar snubs are nothing new. At times it seems that the Academy purposefully makes a habit of snubbing the same person over and over again. Look at brilliant director Martin Scorsese. The man has written and/or directed more classics than can be counted on one hand. He has been nominated for 8 Academy Awards since 1980; he didn’t win one until after the release of his 2006 masterpiece The Departed. In other words, it took over 25 years for the folks at the Academy to get their heads out of their asses long enough to recognize this supreme talent. It wasn’t as if Scorsese was an unknown; by 1980, he was an established and respected filmmaker in the industry. Put yourself in his position. It’s like a never-ending cock tease. 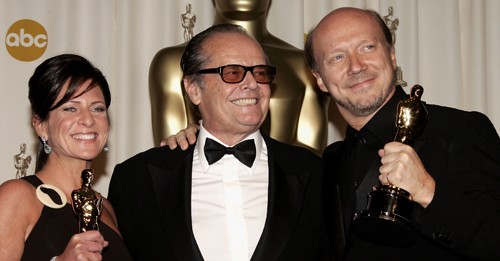 Now we get to the politics. The Academy seems to have an insatiable demand for politically driven films and filmmakers, right and left wing. They are really interested in anything political that will spike their ratings come Oscar night. The 78th Academy Awards had perhaps the most political undertone. Quite a few of the films nominated were politically themed or controversial, most notably North Country, Crash and Brokeback Mountain, which was undoubtedly the best movie that year, but it lost to Crash, the painfully obvious, preachy morality tale. The men and women of the Academy most likely dismissed Brokeback Mountain because they had thought Americans weren’t “ready” for it.

Let’s discuss the big night. The ceremony itself is entirely self-indulgent. We understand that the purpose of the ceremony is to celebrate exceptional achievement in the field of cinema. But this is just what we’re told. Oscar night is an excuse for the good people of Hollywood to collectively stroke their own massive egos. It’s pathetic in many ways, but it is mostly sad because no one outside of their circle gives a shit about their hyperbolic opinions or their fraudulent live fast, die young, good-looking corpse lifestyles. 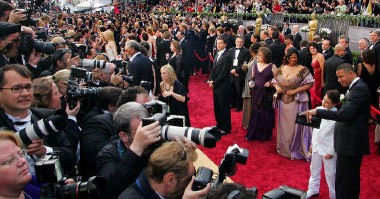 I’m not denying that it’s fun. Of course it’s fun, and I’m going to be watching the Academy Awards this year. But we mustn’t forget that it’s been pounded into our heads that the Oscars actually matter, when in fact it’s just the opposite. There is an inherent fakeness to all things Hollywood, and there always will be. That is the great façade of the Academy Awards and really Hollywood in general.

But if you really care, you can watch the 83rd Academy Awards February 27 on ABC.