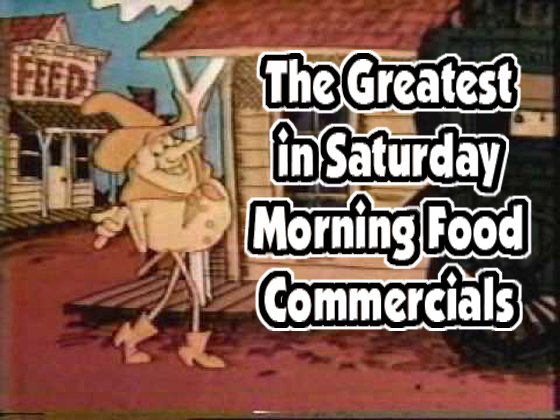 We here at Gunaxin know what the funniest and greatest food ad from Saturday mornings of yore is, and we’ll even tell you in a few seconds. But the real question is, do you know? Do you remember? Back in the late 70’s and early 80’s during the days of real Saturday morning children’s fare when you plopped down in front of the TV with a bowl of cereal and spent the early hours of your weekend absorbing toons and hilarious commercials you’s spout back ad infinitum to your friends… yeah, you remember. Well, just in case you don’t, here’s some great ads from your childhood.

Hankerin’ For a Hunk of Cheese

You are What You Eat, Stupid!

Slow Down, Ya Dip Shit!

More Ways We’re Trying to Make You Snack Right. So Listen Up!

What Kid is Not Up in Time For Breakfast?

So, Basically, Snacks = Morbid Obesity. Got it.

“He Won’t Eat It, He Hates Everything!”

“The World May Never Know…”