Uh-oh! It’s almost Valentine’s Day, and you forgot all about it! You dumb bastard! Don’t even try to tell your wife or girlfriend that you didn’t “forget,” but instead “refuse to celebrate an artificial holiday forced on us by greedy corporations;” that excuse only works if you use it at least a week in advance. Nobody’s going to buy your fierce anti-Capitalist stance when you announce it on February 14th. 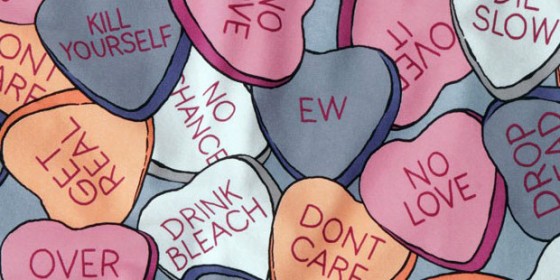 So it’s time to panic, because even though Valentine’s Day is an empty holiday, countless diamond commercials have made it clear that your significant other is a soulless harpy who will only love you if you shell out enough cash on shiny rocks. Now sure, maybe every stereotype about women and Valentine’s Day is wrong, and the survival of your relationship doesn’t hinge on how much money you spend. But are you willing to take the chance that your special someone has a personality? We didn’t think so. So throw together a cheap, weird, and more creepy than romantic date with our special guide! If your girlfriend loves it, you’ll know that she doesn’t give a damn about Valentine’s Day either, and next year you can just get drunk and play video games. If she hates it, you’ll be single next year and not have to worry about any of this crap. You can’t lose! 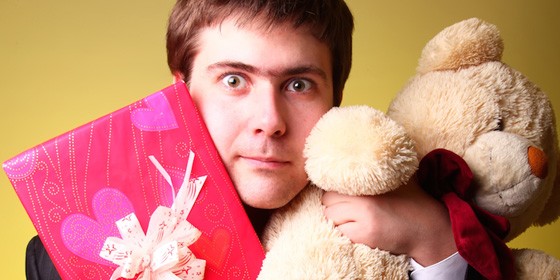 Picking a good Valentine’s Day gift is tough. Ideally you’d think of something meaningful and personalized, but we both know that’s never going to happen. So you’re doomed to navigate an endless array of last minute clichés, overpriced junk and tacky bullshit, desperately searching for the one gift that says “I totally put more than five minutes of thought into this!” and failing miserably.

Chocolate? Great, and put a card on it that says “I saw this at the grocery store checkout while I was buying bread and thought of you.” Flowers? Don’t be a sucker, flower prices skyrocket this time of year. Jewelery? Jewelery is overpriced all year round. Lingerie? That’s not a gift for her, it’s a gift for you. You might as well get her a vacuum cleaner, because either way the message is, “I want to see you using this.” A gag gift? Pick up some hand lotion while you’re out, Casanova.

No, your only choice is to buy the weirdest gift you can find, in the hope that your significant other will mistake insanity for thoughtfulness. We recommend a Hand Hugger, a mitten designed to be used by two people. It’s the ultimate combination of sickeningly sweet and completely retarded, much like Valentine’s Day itself. 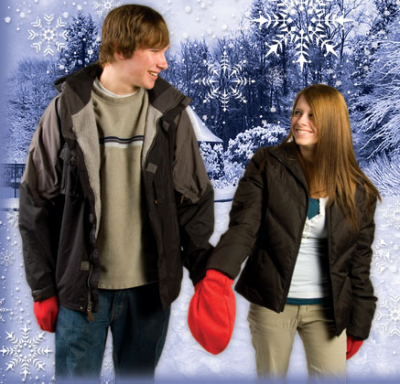 Nobody has ever been that happy about wearing mittens.

And unlike all the traditional Valentine’s Day gifts, a Hand Hugger will actually mean something. You’re sending a message, and that message is, “I love you so much that I never want to be separated from you. Seriously, don’t ever leave me. If you even think about breaking up with me, I will hunt you down and make a blanket out of your skin. Happy Valentine’s Day!”

Alright, so your gift is a success, but you can’t just sit around admiring it all evening. You’ve got to hit the town… but where do you go? The movies? Don’t be retarded. Movies are for Tuesday nights, not the most romantic evening of the year. Besides, the biggest movie coming out this Valentine’s Day weekend is Fifty Shades of Grey. She’ll spend her time ogling Christian Grey, and you’ll spend your time ogling Anastasia Steele, so afterwards you’ll both be hot for some crazy bondage shit. Ok, so maybe that’s not THAT bad, but everyone else will be there, and that is reason enough to avoid it. 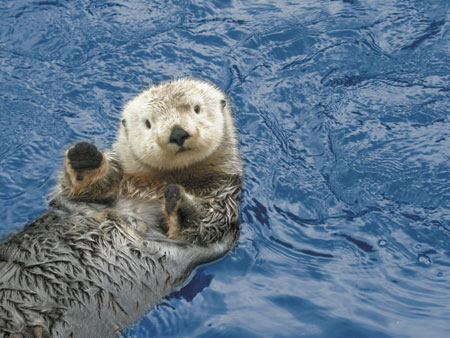 We know you don’t want to look at a picture of animals having sex, so we’re just going to post this adorable otter.

Even if you find the idea unsettling, you can’t deny that it would be a memorable night—just be careful about how you announce it to your date. “Want to come explore the wonders of nature with me?” sounds good. “I heard the zoo was going to make some manatees fuck and I thought of you,” does not. 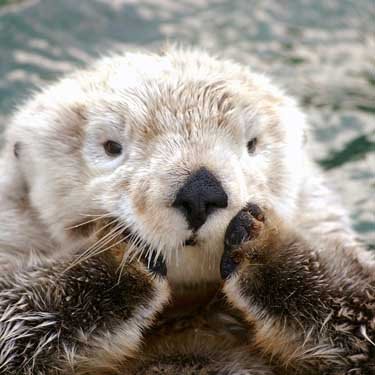 And here’s another otter picture, just for the hell of it. 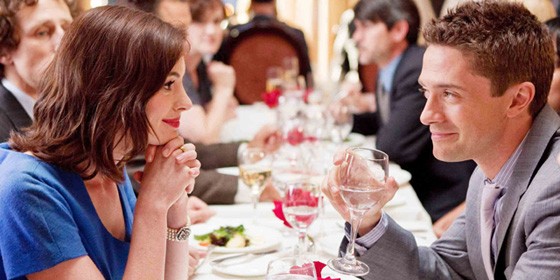 Don’t even bother finding the nearest French restaurant, it’s been booked for weeks and you can’t afford it anyway. And while you and your date are well aware that you’d both be perfectly happy if you shared a romantic thirty seconds ordering from a McDonald’s drive through, society is demanding better from you.

Luckily, a compromise exists, and it exists in the form of pizza that is both heart shaped and heart clogging. 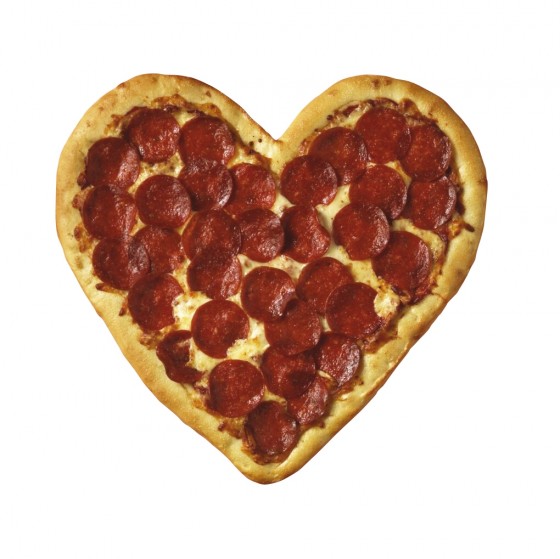 Nothing says “love” better than a vat of grease.

Many pizza joints offer this seasonal specialty, presumably because it lets them get away with charging more while actually giving you less food. But it’s still way cheaper than going out, and it allows you to have both the requisite romantic gesture you think you need and the cheese oozing, belt-busting, calorie extravaganza you know you want. Just be sure to splurge on a second topping for your special lady; after all, it is a romantic occasion.

Of course, you can’t just have sex like a normal couple, not on Valentine’s Day. There’s a reason we’ve been bombarded with ads for weird sex toys over the past few weeks—and we’re pretty sure that reason is the holiday, although it might be our Internet history. Whatever, the point is you’ve got to get kinky.

That’s why we recommend candy underwear for both of you. It’s affordable and single use but provides a new experience, assuming your girlfriend has never eaten candy off of your scrotum before. And it doubles as desert, because nothing follows up pizza better than candy! 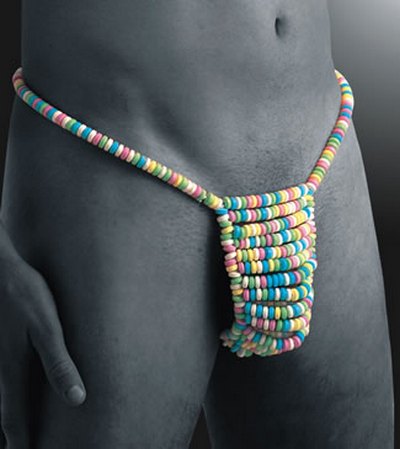 Gives a terrible new meaning to the expression “taste the rainbow.”

Best of all, the underwear fits the holiday, because it’s made of the same kind of candy as those hearts that taste like chalk; the only difference is that your underwear candy will have an aftertaste of pubic hair. And if that doesn’t say “Happy Valentine’s Day,” we don’t know what does.