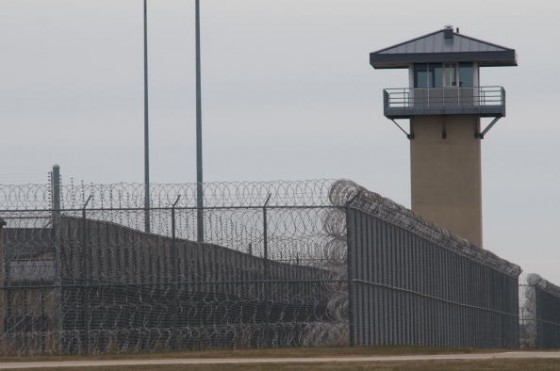 Rotodorks… you’ve spent all week listening to everyone tell you who to start on your fantasy football team this Sunday. That’s amateur hour, and if ya’ haven’t noticed, we like to swing negative.

Here’s the guys you’ll find waiting in the showers on Sunday, hoping you bend over to pick up the soap… ’cause they’re gonna stick it right up your ass.

Mike Vick’s former clipboard bitch has moved into Houston and solidified a spot as one of the most potent arms in the league. He used 4,770 passing yards (298.1 per game) with 29 touchdowns versus 15 interceptions to get there and he’s working hard to fulfill those expectations in ’10. Schaub currently ranks sixth in the league in passing yards, averaging 259 per game with an impressive 66.2% completion rate.

Dive deeper and you’ll find sources of worry. Of the 1,037 yards Schaub has racked through four games, 497 came in the Week 2 win over Washington (and they needed every bit of it, emerging in OT 30-27). Take away that surge Schaub’s average drops from 259 yards per game to 180. Dive in deeper… Schaub has absorbed 11 sacks on 18 hits. Only one quarterback has suffered more in each category (Jay Cutler, though Kyle Orton and Mike Vick are right there with him). The Texans may be 3-1 but the quarterback is getting his ass beat. 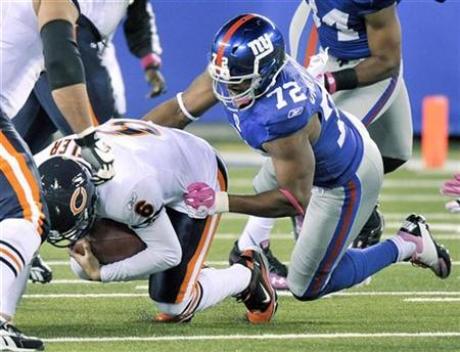 Now he gets a Giants defense holding teams to 140 passing yards per game (only Baltimore is better), boasting 16 sacks (best in the league) with five passing touchdowns surrendered balanced by five interceptions taken. Passers are walking away with a 72.9 quarterback rating… and the Schauber is going to take that on without his top offensive weapon (Andre Johnson, listed as a game-time decision with a bum ankle) and his left tackle (Duane Brown, lost to suspension after dropping a tainted piss test).

Not promising folks… you’ve been warned.

Megatron… folks don’t dole out that kind of nickname without reason. CJ is as talented as any target in the league, and with four weeks of the ’10 plate digested he’s on pace to post career highs in receptions, yards, and touchdowns despite the fall Detroit starting quarterback Matt Stafford.

Unfortunately for us, he’s not immune to the volatile nature of the position. Last week’s performance – six receptions for 86 yards and two touchdowns – is his best over the last eight regular-season battles. Megatron has reached 100 yards in a single game since Week 12 of the ’09 season and last week’s push against Green Bay was the first multiple-touchdown performance he’s had since the finale in ’08. 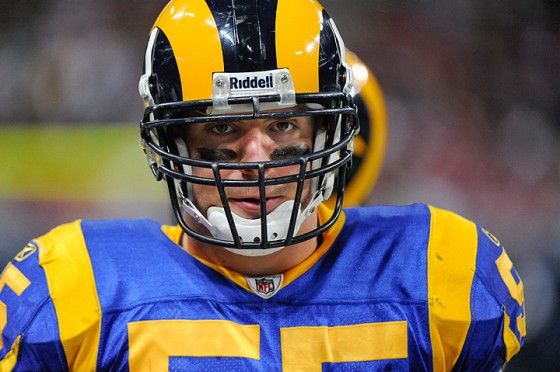 That’s where Megatron will be met by a sneaky St. Louis pass D. The Rams are holding opposing quarterbacks to a 71.8 passer rating, and while those arms are averaging 231 yards per game, the Lou has allowed only three passing touchdowns while taking four interceptions and nine sacks along the way. Granted, the Rams have faced one, maybe two, quarterbacks of note (taking on Derek Anderson and the Jason Campbell/Bruce Gradkowski cocktail of despair over the first two weeks followed by Donovan McNabb and Matt Hasselbeck) but it’s not like Shaun Hill is bringin’ the noise to change that trend.

If you haven’t been happy thus far, get set for vomit mode this Sunday.

Gather all of the top picks in your fantasy draft this season and line ‘em up… of the guys that went in that first round this year, Adrian Peterson might be the only one meeting the hype. Dude’s a fucking monster, averaging 130.7 rushing yards per game at 5.6 yards per carry. He’s spiced the stat sheet with 85 receiving yards to boot, and he’s put it all on the board over three games (Minny was part of the group taking the early bye in Week 4). The only players touting better overall production (total yards from scrimmage) are the quarterbacks and Arian Foster.

Understand I might be lucky enough to have A to the P on a couple of teams and no, there is no way in hell I’m sitting him down in this or any other game. You’d be a fool to piss on the karma gods and that’s exactly what you’d be doing… if you walk away from the desktop with AP on the bench and walk five steps without spontaneously bursting into flames, THAT would shock me more than AP going off for another highlight-worthy performance against the Jets.

However… we aren’t here to fuck around. We go big or we take our ass home, and with AP serving as the poster child of hope for the 2010 fantasy season, the pressure for him to perform against the one of the best opponents the Vikings will see this season is tremendous. If a lackluster day is going to punch you in the gut, it’ll be on Monday night… and the numbers suggest you better prepare for the pain of it all.

The Jets carry the league’s fourth-ranked rush defense, allowing an average of 74.8 rushing yards per game to the tune of 3.2 yards per carry. The green-and-white crew has allowed one rushing touchdown through four games (only Dallas has yet to surrender one), they’ve forced and recovered three fumbles along the way (the Titans and Bengals are the only crews with more), and they’ve done it against quality competition (Ray Rice, Ronnie Brown and Ricky be Ricky, and CJ Spiller).

This week they get the biggest name in the business of rushing on their home turf and, to pour salt in the wound, they’re getting two of their defensive maestros – linebacker Calvin Pace and uber-corner Darrell Revis – back from injury to support the cause. Put all of that on the field with the Hard Knocks hype, the intense stage of MNF, an atrocious Minnesota offensive line, and the bloated ego-driven gameplan of the Brett Favre-Randy Moss reunion… it’s a nightmare for any true Minnesota fan or fantasy owner with hopes and dreams leashed to #28.

So there ya’ go… enjoy, leave that soap on the floor, and clench.